Through good luck and good management, Geelong have played finals in 12 of the past 13 seasons. It’s a ridiculous run of excellence that includes three flags from four grand final appearances.

The one season they missed finals was an 11-9-1 campaign that they immediately followed up by grabbing Patrick Dangerfield, who immediately put in one of the great individual seasons of the modern era and has been up to his ears in the “best player in footy” debate since.

Dangerfield’s arrival serves as a significant marker for these Cats, with 2015 representing the divider between two eras.

And the Dangerfield era is now precariously placed, after Geelong’s second-best player was shipped to West Coast for about as good a deal as you can hope for when losing one of the 20 best footballers in the country smack bang in the middle of his prime.

The question now for the Cats is: now what?

Too often in sport, the narrative when a team doesn’t win becomes that they couldn’t win.

Geelong didn’t win the flag this year, but they were the only team to make the Tigers sweat in the second half of a final – without two of their six best players in Tom Hawkins and Mitch Duncan. They finished on top of the ladder and eliminated the reigning premiers in the second week of finals. By any definition, they were a contender.

A significant contributor, of course, was Tim Kelly, who with 31 touches and three goals was probably the best player on the ground in the last game he’ll play in the blue and white hoops. 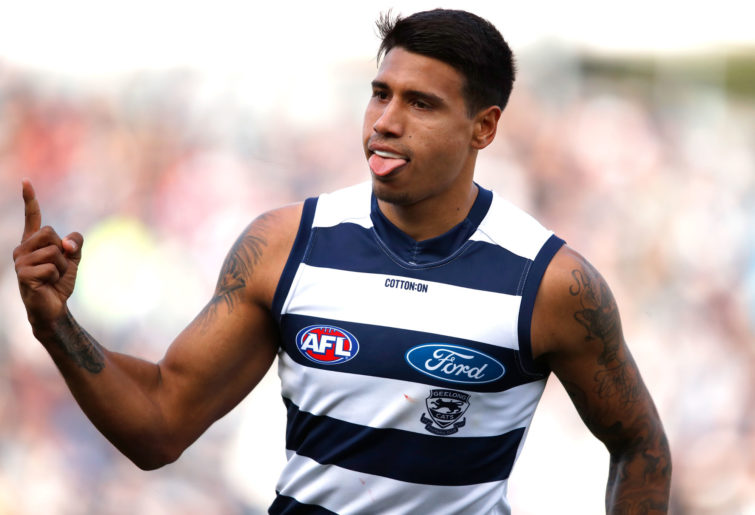 Hawkins and skipper Joel Selwood turn 32 next year. Gary Ablett will be 36 in May and almost certainly hang up the boots in 2020. Harry Taylor will go around again, despite the 33-year-old looking overcooked for most of the season.

Heck, Dangerfield is coming up on his 30th birthday.

The Cats are straddling a difficult line by trying to contend with a quality veteran core while also looking to the future.

Jack Steven will likely join the club for one of those picks in the 30s. Steven is a fine player, and if happy and healthy, the 29-year-old should have a few good seasons left. 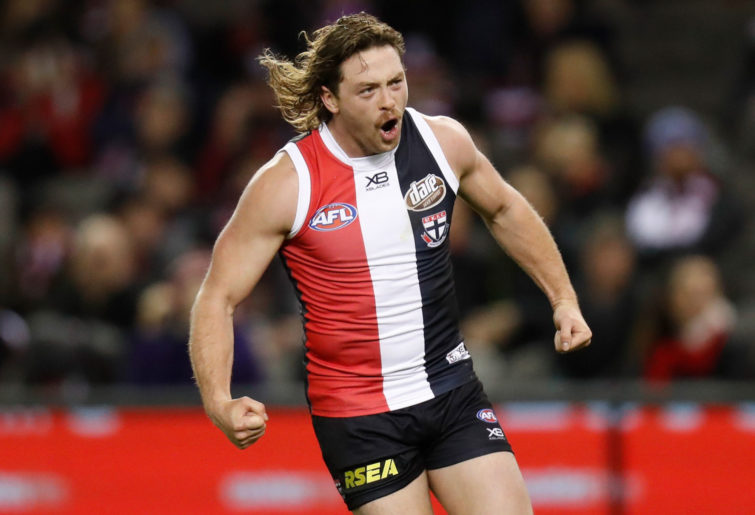 Those picks all look nice and shiny until it’s time to use them.

Pick 24 has been particularly kind to the Cats. They’ve picked in that slot three times and come away with David Wojcinski, Steve Johnson and Tim Kelly.

Their past four picks in the teens, however, have produced Jordan Clark, Darcy Lang, Jackson Thurlow and Billie Smedts.

If the Cats can find three 150-game players in this draft, they’ll have done extremely well.

Sydney have sneakily reloaded with youth while – until this season – remaining a finals threat. The Swans couldn’t have scripted their down season any better, winning eight games and finishing with a percentage nudging 98 and a top-five draft pick, but it remains to be seen just how soon they will return to September.

Hawthorn have gone in the opposite direction, choosing to turn draft picks into proven players like Tom Mitchell and Chad Wingard, rather than gamble on teenagers. However, they have finished outside the eight in two of the past four seasons, are 0-4 in finals in the other two years since their last premiership, and have one of the oldest lists in the competition.

This is how the league is supposed to work. Free agency has made it easier for well-constructed, quality teams to top up and extend their run. But at some point the magic runs out and it looks like Geelong – like the Hawks and the Swans – might be at that point.

The Kelly trade has at least given the Cats plenty of options, none of which are any guarantee of success.

If they nail the draft and find some young players ready to contribute, it might just be the shot in the arm they need to squeeze another run out of this core.

If they miss, or even if the kids they pick (should they choose to use those picks) aren’t ready to contribute meaningfully at AFL level as is the case more often than not, then Geelong should brace for some pain sooner rather than later.

The Cats are entering territory they haven’t ventured into for some time. Their next few steps will determine their future.