Bathurst 1000 preview: Telling the tale of the victor

As the sun rises over the city of Bathurst today, all eyes will firmly be on Mount Panorama and its breathtaking 6.2-kilometre circuit as the time has come to finally go racing.

The build-up has been as intense as ever with narratives aplenty, as we approach the moment when the Supercars race 161 laps for the famed Bathurst 1000.

Not since Garth Tander and Will Davison triumphed in 2009 has the Great Race been won from the top spot. Although it has been lost on numerous occasions, including last year when leg cramps killed David Reynolds’ chances of back-to-back Bathurst wins.

Survival will be the key, making sure that you’ve made it to the final stint of the race on the leading lap. Without a preceding endurance race, as has been in the past with the Sandown 500, teams and pit crews will be challenged to avoid mistakes typically seen in the pre-Bathurst enduro.

Co-drivers will be relied upon more than ever to return the car healthy and in a strong position to their lead drivers, as they look to race through to the final lap and the drop of the chequered flag.

Weather wise, it looks like we’ll avoid rain the duration of the race, with only a 20% chance forecast across the Blue Mountains region in New South Wales. A dry race doesn’t mean a clean race though, with crashes and mechanical failures triggering safety car interventions.

As far as the favourites are concerned, McLaughlin from pole position is hunting his first ever win at the Mountain along with co-driver Alex Prémat. So too is the fast combination of Cameron Waters and Michael Caruso, who will start from the second row of the grid. 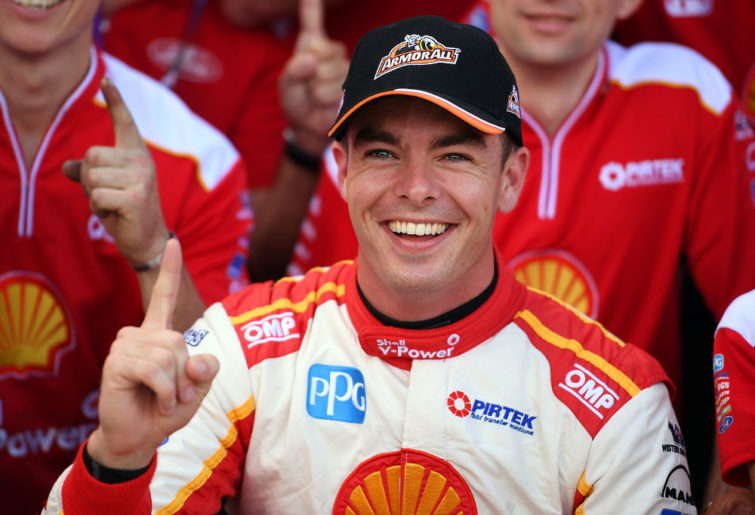 The Ford Mustangs have been the benchmark all season and again here at Bathurst. They’ve had the better of the Holden and Nissan runners in the second sector, which runs up the mountain from the Cutting all the way down to Forrest’s Elbow.

Three Tickford cars will start the race from inside the top ten, as the entries of Chaz Mostert and Will Davison target repeat wins, while their respective co-drivers in James Moffat and Alex Davison are yet to taste victory.

There is intrigue outside the top ten. Having secured back-to-back podiums in the past two editions of the Bathurst 1000, the Walkinshaw Andretti United combo of Scott Pye and Warren Luff start from 14th and have always been in the thick of it come the pointy end of the race.

The DJR Team Penske duo of Fabian Coulthard and Tony D’Alberto also start from down the order, in what is also supposed to be fast Ford Mustang, as do the Bottle-O racers and the fourth car in the Tickford stable of Lee Holdsworth and Thomas Randle, who finished on the podium in the Super2 250-kilometre race.

Bathurst 2017 winners Reynolds and Luke Youlden have the task of starting down in 22nd in their Penrite Erebus Commodore, though can take some pleasure in the fact that the lowest position that the Bathurst 1000 has been won from is 25th. That honour belongs to Mostert and Paul Morris, who had not led a lap all day until the final one.

As always, it is anyone’s game. As cautious and processional as the first phase of the race can be, there is always one error that triggers many and turns the face of the race upside down.

If McLaughlin and Prémat were to execute, it would be the feather in the cap of the incredible season the #17 car has had to date. Already looking likely to secure a second consecutive championship, a win at Bathurst for McLaughlin would put him in esteemed company and for DJR Team Penske, given that the Dick Johnson name hasn’t won at the Mountain since 1994.

Each driver on the grid has their own story waiting to be written, and regardless of who wins – through the sheer spectacle of this historic sporting event – we look forward to writing the tale of the victor.