Will Pucovski must play Test cricket this summer

Steve Waugh, Ricky Ponting and Michael Clarke were the young prodigies in their day and all played Test cricket in their early 20s. Will Pucovski appears to be today’s modern-day equivalent.

Pucovski has already been part of the Australian Test set-up after being called up to the squad last summer for the series against Sri Lanka. However, he didn’t manage to make his Test debut. Instead he toured England during the winter as part of Australia A.

At the age of 21 Pucovski has already scored four first-class centuries and three 50s at an average of 46.17. These figures are sensational numbers given he’s played only 15 first-class games.

Pucovski’s start to the Sheffield Shield season has been impressive, with 123 against South Australia in the first game of the summer and then 64 against Western Australia at the WACA on Friday. 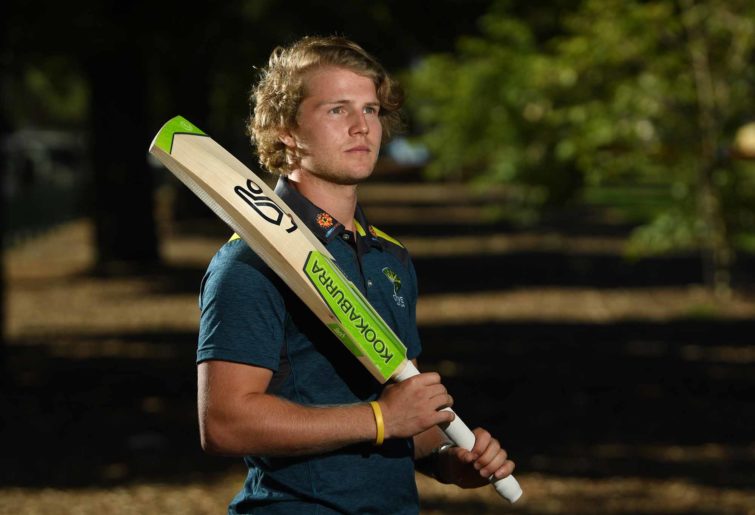 He is currently in great form and one of the in-form batsman of the competition, and this looks like the perfect time for him to enter the Australian side given it appears there are spots available due to the injury to Mitch Marsh and Matthew Wade’s inconsistent Ashes series.

Wade’s poor form in the Ashes featured two hundreds but also four scores below ten and only two scores above 40. With a Test batting average below 30, Wade is definitely at risk of losing his spot.

While Pucovski has dominated with the bat in the early stages of the Sheffield Shield, that cannot be said of Wade, who has made starts in both matches but has managed scores of only 40 and 20.

Australia’s middle order has been inconsistent at best over the last 12 months, with Travis Head, Kurtis Patterson, Shaun Marsh, Mitch Marsh and Wade all appearing in the middle order since the start of last summer.

Australia should take this opportunity and give Pucovski his Test debut at the first Test at the Gabba against Pakistan and give him the entire Test summer to prove that he belongs in the team.

The selectors have too often failed to give new players an opportunity to prove themselves ready for Test cricket. An example of this is Patterson being dropped after 114 and then not being included in the Ashes squad after he made his maiden Test hundred against Sri Lanka last summer.

With a young prodigy in Pucovski already being compared to some greats of Australian cricket, the selectors should be patient and give Pucovski the opportunity to develop in the Test arena.

With Test matches against India, South Africa and England over the next 24 months, Australia needs a batsman that can get in consistently, get going and go big, which is something the Australian middle order – with the exception of Steve Smith – has failed to do of late.

This is why we must see Pucovski debut this summer.