Nothing has gone right for the Illawarra Hawks this season. Their win-loss record stands currently at 1-7, and to make matters worse, there are rumours that Next Stars Program recruit LaMelo Ball will leave the franchise before Christmas due to draft preparation.

“It’s unlikely LaMelo Ball will be here for the year,” Shane Heal stated on The Basketball Show on Monday.

The Illawarra Hawks’ chances went from bad to worse when import Josh Boone suffered a broken nose and NBA veteran Aaron Brooks became sidelined out for the season with an Achilles tendon. They have not been competitive since.

The Illawarra Hawks have made it clear that they are looking at getting another import player to their team. With a low budget and practically no chance of making a play-off spot, they should look no further than LaMelo Ball’s brother, LiAngelo. 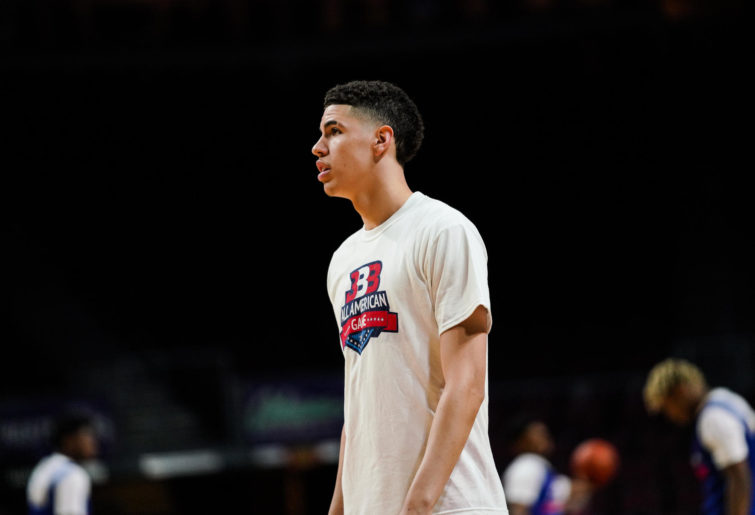 Companies such as SLAM Magazine jumped on board as a major sponsor for the year. This brought a high amount of income, revenue and other things such as a new jumbotron for their stadium. The Illawarra Hawks are not only the talk of Australia but they have gained international relevance as well, which is a huge feat to achieve. Jersey sales domestically and internationally are through the roof.

Losing LaMelo Ball would not only be detrimental to the Illawarra Hawks this season performance wise, but could also jeopardise the future of this franchise in the NBL.

The Illawarra Hawks need to capitalise on this opportunity and make the most out of it by trying to hold onto LaMelo Ball for as long as they can to provide a stable and viable future for many years to come. And if signing his brother for the rest of the season can prolong his stay, I would sign him in a heartbeat.

LiAngelo Ball may not be the greatest asset but he can play. He has trained and been conditioned at several NBA teams including the Los Angeles Lakers. He also has been in a professional environment for years.

He may seem slow and sluggish but he can shoot the ball well and is probably the best shooter out of the three Ball brothers. Even if he doesn’t play he will still be worth it if they keep LaMelo Ball. He will demand little money to play and there may be money left over to sign another budget import and be somewhat competitive during this season.

The Illawarra Hawks’ season is over so they should look ahead and ensure that there is a bright future for them in Wollongong. They need to get as much revenue as they can in this small window of opportunity to have every chance of being successful.

Signing LiAngelo Ball would ensure that. With his brother signing on, LaMelo Ball would almost have to stay for the rest of the season.

With all those other positives, this is a chance the Illawarra Hawks must be willing to take.