Another Supercars season is over and – after what has proved to be a frustrating year for Red Bull Holden – their drivers Shane van Gisbergen and Jamie Whincup proved that they are not yet a spent force, taking out the Saturday and Sunday races respectively at the Newcastle 500.

The third edition of the Newcastle event may have been a dead rubber as far as the individual championship was concerned, but the teams’ championship race remained alive and the Holden heavyweights did everything they could to reel in the Shell V-Power Racing Team.

Firstly, van Gisbergen claimed pole position for the Saturday race after just qualifying for the top ten shootout – which he later topped after producing a magnificent lap around the streets of Newcastle East.

Defending series champion Scott McLaughlin was second fastest, followed by Jamie Whincup – who qualified in third place after being the last car out during the top ten shootout.

van Gisbergen – the 2016 series champion – then dominated the majority of the first race of the weekend, finishing comfortably ahead of McLaughlin and Fabian Coulthard and ensuring an all-Kiwi podium. 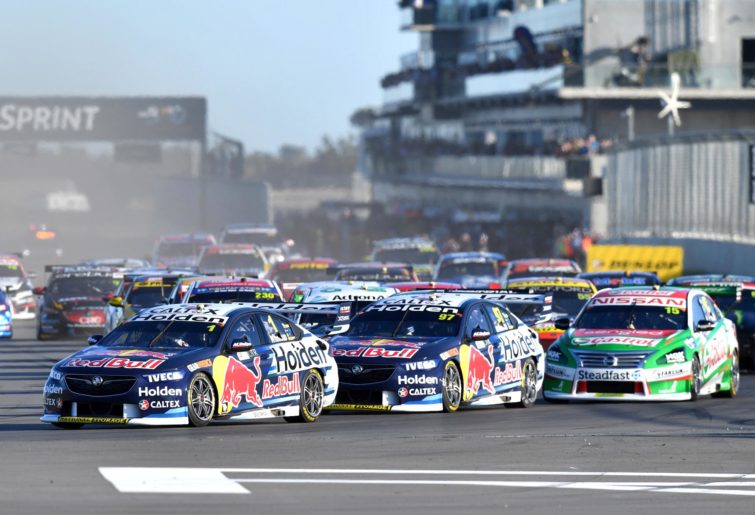 In taking out the first race the 30-year-old buried the demons of the corresponding race last year, in which he crossed the line first only for him to be stripped of the race win following a pit-lane infringement and promoting McLaughlin – who finished second – to race winner.

The Red Bull Holden Racing Team were on track to finish one-two, only for Whincup to run off the track at the first turn with 20 laps remaining – the error proving costly as he finished eighth.

However, the 36-year-old would make up for his error the following day by dominating the qualifying and top ten shootout en route to taking out his fifth victory for the 2019 season – and 118th overall in Supercars.

van Gisbergen missed the top ten shootout after finishing 18th during the qualifying session, and was later demoted to 21st after he was ruled to have impeded Will Davison at turn 11.

The 30-year-old did well to make up ground in the main race – at one stage taking the lead ahead of Whincup and McLaughlin – only to finish the final race of the season in seventh place.

In the end Whincup made it five straight races won by a Red Bull Holden driver to finish the season, after he’d taken out the first race at the Gold Coast 600 and the Sandown 500 – both in tandem with Craig Lowndes.

In that streak, van Gisbergen won the Sunday race at Surfers Paradise and the Saturday race in Newcastle.

Fabian Coulthard made it onto the podium for the second time in the weekend – finishing in second place – while Tim Slade finished in third, marking his first appearance on the podium since the Melbourne 400.

Scott McLaughlin meanwhile finished in fourth place, but it would not matter as he finally got to celebrate becoming the first back-to-back Supercars champion since Jamie Whincup’s four-peat in 2011-14.

It was a dominant season for the 26-year-old who won a record-breaking 18 races – two more than the 16 races Craig Lowndes won in 1996 and 13 more than Red Bull Holden drivers van Gisbergen and Whincup, who took out five race wins apiece.

Fabian Coulthard and Chaz Mostert – with two and one wins to their names respectively – were the only other two drivers to win a race this season.

McLaughlin also became the first Kiwi to win back-to-back championships in the Supercars era, which makes this the third season in the last four in which a New Zealander has won Australia’s premier motorsport league after van Gisbergen’s win in 2016.

And so the curtain has drawn on another Supercars season, which proved to be the most controversial yet – particularly in the last two months where McLaughlin’s Bathurst 1000 victory came into question while there were also comparisons to drug cheat Lance Armstrong.

In addition, McLaughlin also suffered the agony of writing off his Ford Mustang during qualifying for the second race of the Gold Coast 600 – which delayed his winning the Championship in record-breaking time.

Next year’s Supercars Championship will see the return of the Sydney SuperNight event – to be held during the AFL’s pre-finals bye weekend – after it was controversially left off the calendar this year.

The Gold Coast 600 will also feature a night race – though the format of two 300 kilometre races will remain – while the Perth SuperSprint will be the other event to feature an evening race.

Ipswich and Phillip Island have been removed from the calendar, meaning it will be the first time since 1998 and 2004 respectively that Supercars will not race at either event. 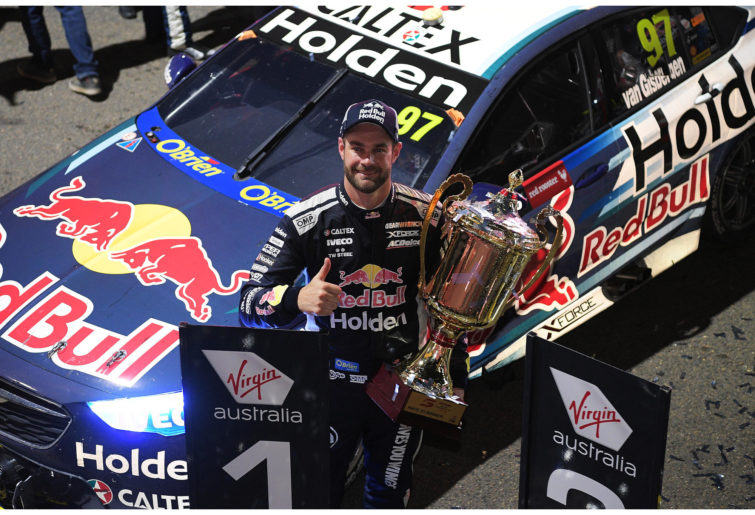 The Bend becomes the newest endurance race replacing Sandown – which will revert to becoming a pair of two 200 kilometre races – while the season will again conclude at Newcastle, with that event to be held in the first weekend of December.

Events will be run every three weekends, though there will be a six-week gap between Darwin and Eastern Creek – so as to avoid a clash with the Tokyo Olympics taking place between July 24 and August 9 – and a two-week gap between Sandown and Newcastle.

As far as drivers are concerned, 2010 champion James Courtney will move to a new team still to be determined after leaving Walkinshaw Andretti United, while Simona de Silvestro will return to Europe and Richie Stanaway will retire from motorsport despite being aged just 28.

The countdown has now begun in earnest to the Adelaide 500, which will again open the Supercars season in just under three months from now.

In the meantime there is still the Australian summer of cricket and the Australian Open – where all eyes will be on women’s world number one Ashleigh Barty – to enjoy before we go racing again in the City of Churches on the weekend of February 22-23, 2020.