What Nick Kyrgios needs to be great 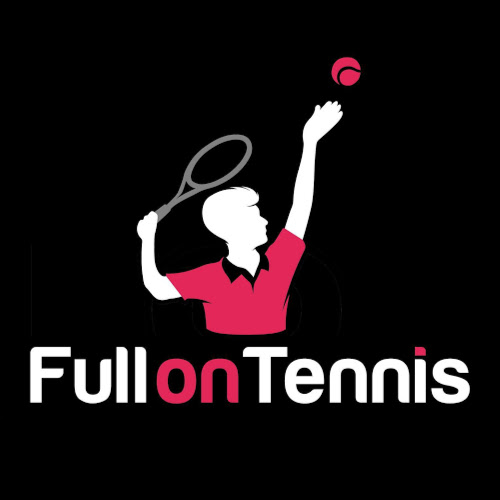 I often wish someone could all enjoy Nick Kyrgios’s on-court gifts more often.

Rather than bearing witness to Kygios’s talent every time he steps onto the court, too often we’re subjected to a brain snap. Four words shape my opinion of him:

If
If only he would do the hard work and commit to tennis 100 per cent. If he doesn’t love it, then he should at least learn how to use it to maximise his earnings and provide a means to do what he does love – which, according to him, is his NK Foundation. Anyone who wants to help kids, especially underprivileged or sick kids, must have something going for them. If only he could channel this passion and remember he is playing for the kids every time he walks onto the court or gives an interview.

Depressing
Watching tennis must be depressing for those fans who get duped by his sometimes ingenious play. Whenever he is building momentum with form and you start believing in him he so often fails to follow through. For example, when scheduled to meet someone like Novak Djokovic – who he loves to beat – in a later round we get excited by the possibility. However, he’ll blow up and lose in an early round against a player he should comfortably beat and misses the anticipated moment.

Arrogant
He seems cocksure, which sometimes is fun when he does it with cheeky humour but too often is childish. His sullen arrogance comes across badly, particularly in interviews. For example, when a reporter asks a reasonable question his reply might be, “Next question,” or, “You’re the expert, you tell me”.

Deflector
When the going gets tough on the court he too often starts whingeing and even blaming others for his performance. The worst is when he can’t overcome his mental frailty and says something like, “I’m done, bro; I’m f***ing done” during an outburst. He can’t handle whatever injustice he feels is upon him so he acts out. Excuses like blaming the crowd for being too loud or the umpire being on a power trip are just poor. It’s all down to his attitude. When he’s feeling especially aggrieved we get incidents like the chair-throwing and default that occurred in Rome this year.

These four words are all negatives against Nick, so is there anything positive to say about him besides his NK Foundation endeavour?

Kyrgios has a fantastic serve that is not only powerful but is backed up by different strategies, spins and paces. I love it when he launches a bazooka forehand, especially if accompanied by an aerial launch. Kyrgios also possess a nasty forehand drop shot that is also well disguised.

I also enjoy his commentary at a tournament like the Australian Open – he has profound insights and excellent special comments which are music to the ears of any hardcore tennis fan. I also like seeing Nick also use his surprisingly high tennis IQ on the court.

Nick would have you believe that he could be a slam winner and champion if he committed to tennis 100 per cent. The reality is that even if he flicked a switch tomorrow and magically developed the model attitude, he is a long way off being able to achieve that. The reason for this is that Kyrgios has deficiencies in his game and there are younger, more skilled players who would beat him, not to mention three all-time greats.

Areas he needs to improve include his below-average return serve and his mediocre backhand rally shot, and while his forehand can be spectacular, it often leaks errors. His volley, while not weak, is at best average as well.

Nick would likely retort this by saying he has beaten all the top guys, but to win a slam you have to win seven best-of-five matches and beat at least two or three of these guys in a row over five sets.

So where is Kyrgios headed in 2020 and beyond? The only way I can see him fulfiling his potential is to deal with whatever is the real source of his problems that cause him to deflect and act out. Only once he has done that, only once he has addressed his technical flaws and achieved the fitness levels required, will he be able to contend at a slam.

At 24 years old most talents have been able to figure it out. Not so with Nick, though, so I won’t be holding my breath waiting for him to change or move up the rankings. Quite the opposite – I expect him to slip out of the top 30 in 2020 and for the fifth straight year fail to make to a quarter-final at a slam.

After a 17-year roller coaster, the glittering and sometimes controversial career of Maria Sharapova has come to an end.