Marnus Labuschagne can be an ODI star

Marnus Labuschagne only just completed one of the all-time best home summers by an Australian Test batsman, yet in just four days from now he will tackle a new challenge: becoming a star ODI cricketer.

Labuschagne looks set to make his ODI debut in Australia’s three-match series in India beginning Tuesday as part of a new-look side building towards the 2023 World Cup.

That next World Cup will be held in India, which means Australia will require a top seven brimming with batsmen who are confident and free-flowing against spin.

Labuschagne has an excellent List A record for Queensland. Across the past three domestic one-day cups he has made 926 runs at 51. He has been extremely consistent across those three tournaments, averaging 61, 48 and 45.

In fact, only six months ago I viewed 50-over cricket as by far Labuschagne’s best format. Since then, of course, he has made one of the most extraordinary transformations we’ve witnessed in the modern era of Test cricket.

In that short period, he has gone from a fringe Test cricketer widely considered fortunate to have played for Australia to being the world’s number three ranked Test batsman.

After replacing the concussed Steve Smith in the Ashes, Labuschagne has torn Test cricket to shreds, making 1239 runs at 83 and managing to pass 50 in no less than 11 of his 15 innings.

Yet it isn’t just Labuschagne’s scorching Test form or his fine List A record for Queensland that has earned him a spot in Australia’s ODI squad. The 25-year-old’s fluency against spin is also likely to have swayed the Australian selectors.

At home, India typically bowl at least 25 overs of spin per ODI, while most teams will look to go similarly heavy on slow bowling at the next World Cup. Labuschagne will have been seen as a batsman not just for the here and now, but also as a long-term project with an eye on reclaiming that global trophy in three years’ time.

Australia discovered the blueprint for ODI success in India ten months ago. The manner in which their batsmen controlled the Indian spinners allowed Australia to fight back from 0-2 down to win three matches on the trot and claim the series.

Prior to that trio of victories, Australia had lost four of their five ODIs against India in 2019. Their key problem had been timid batting against India’s spinners, who conceded just 4.88 runs per over in those first five ODIs. India were choking Australia’s momentum through the middle overs, leaving them with too much ground to make up in the final ten overs.

Led by aggressive players of spin in Peter Handscomb and Ashton Turner and the rock-solid Usman Khawaja, Australia then trialled a new approach of putting the Indian spinners under pressure.

They weren’t just trying to thrash these slow bowlers. Instead, they were trying to deny them dot balls and then attacking them the moment they strayed from their preferred line and length.

That sounds like obvious cricket. But many international batsmen aren’t adept at getting off strike against spin, whereas the likes of Handscomb and Turner showed they were comfortable doing so by mixing up their stroke play. 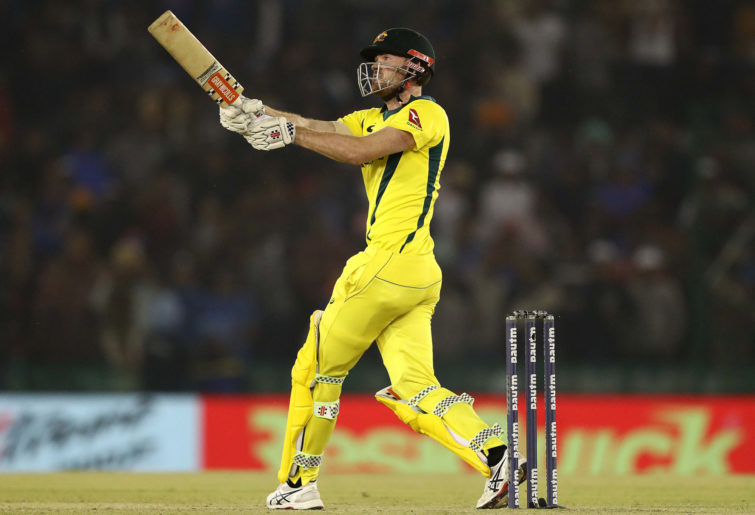 They messed with the lengths of the Indian spinners by using their feet or employing the sweep shot, and then getting deep in their crease when their opponents pulled back their length.

The Indian spinners previously had dictated terms to the Aussie batsmen – they had been ensconced in their comfort zone, bowling precisely where they wanted to, always operating on Plan A. Now, however, they were being forced to adapt, trying to implement Plans B, C and D to counter the assertiveness of the Australian batsmen.

Suddenly, the Indian spinners were vulnerable. Across Australia’s three consecutive wins, the Indian slow bowlers remarkably conceded more than seven runs an over. Very, very rarely had any ODI batting unit gotten after India’s star-studded spin battery like this.

Handscomb and Turner have duly been included in Australia’s current ODI squad for the tour of India, despite the former having single-digit scores in his last three ODIs and Turner having had a poor domestic summer to date.

Clearly, the Australian selectors see them as the style of batsmen they will need to succeed against spin in India, not just on this tour but in the World Cup. Labuschagne is cut from the same cloth. In ODIs, he plays spin very similarly to Handscomb.

Both men are excellent at using their feet. Crucially, when they come down the wicket, they don’t aim just for big, premeditated shots, which is a mistake many batsmen make. Rather they aim to get close as possible to the pitch of the ball and then play it on its merits.

This is a great way to get off strike. So is using the sweep shot, something Handscomb did with aplomb in the ODIs in India and the UAE last year.

Labuschagne is a very confident sweeper, and has several varieties of this stroke at his disposal, from the delicate lap sweep to the conventional version, the unconventional reverse and the boundary-seeking slog sweep.

Combine all that with Labuschagne’s tight defence, range of strokes against pace, wonderful running between wickets, terrific match awareness and quality fielding, and you have the makings of a fine one-day cricketer.