The Big Blue will drawcard the round with the Melbourne City vs Perth clash not far behind. Central Coast and Brisbane have enormous opportunities to move ever closer to finals contention when they meet in Gosford, and Western United and Adelaide face off at the Whitten Oval in a vital mid-table clash.

Good luck with your tipping and be sure to enter them into the sheet below to have your say as the interactive voice of the crowd. After a minor slip-up from Paul Nicholls last week, that voice has moved into second position.

Here are the panel’s thoughts on the Australia Day weekend action.

Maybe last week’s loss will be a wake-up call for the Phoenix. They dominated the first half against Brisbane Roar but came away with nothing to show for it. They’ll hope to bounce back against a Newcastle side soon to be coached by Carl Robinson, and the Kiwi side should ground the Jets on their home turf.

Is the A-League pendulum about to swing back around Melbourne Victory’s way? As comfortable as their midweek win over Bali United was, it will still have taken a bit out of them. They look liberated now Marco Kurz has departed, but the Sky Blues might be an immovable force in this holiday blockbuster.

I think Central Coast are getting closer and Brisbane Roar are just the type of side the Mariners are capable of beating. But things are very slowly starting to click for Robbie Fowler’s team, and last Saturday’s win over the Phoenix may have seen them turn the corner. Whatever happens, this could be a tight one.

We might find out at AAMI Park whether Melbourne City are a decent football side or not. They’ve flattered to deceive for much of the campaign but Markel Susaeta is a more than handy footballer and Glory aren’t always the best of travellers. I’ll go out on a limb and predict City to win comfortably here.

There’s got to be a draw somewhere, right? Western United’s decision to move this game to Whitten Oval in Footscray is probably the right one given how things have been going for the hitherto Geelong-based club, and there’ll be a carnival atmosphere inside the ground. But the Reds will dig in for a point.

I guess the longer an unbeaten run goes, the closer a stumble becomes. That was indeed the case for Wellington last weekend, and Ufuk Talay made his belief that the gods had indeed conspired against the Phoenix in Brisbane well known. Newcastle could well feel his wrath early Friday evening, with the men in yellow and black keen to get straight back on the horse.

There is always a little spice in the Big Blue. Everyone can see how well the Sky Blues are travelling, and Victory are just beginning to take shape as a unit. There is still a long way to travel for Melbourne, but after a solid midweek win and rising confidence they could well push Sydney and keep them within reach for much of this contest. Then again, Sydney might clout them by three.

The kiss of death may well strike again this weekend. I am seeing a Mariners win on their home deck against Brisbane Roar. I am also in agreement with Ufuk Talay in feeling that Wellington were undone by a somewhat lucky Roar last round. The Mariners are due another good performance based on their apparent one week on, one week off policy.

Melbourne City versus Perth Glory is a tricky match to call. Perth have the form, City had some a while back, yet both have some serious talent in their squads. Home deck for me, with City remaining unbeaten since Round 12.

In potentially the most desperate clash of the round, Western United should be too good for Adelaide after showing some real form against the Mariners last weekend. The Reds’ slide was somewhat halted with a 1-0 win in the original rivalry, yet I’m not convinced that Adelaide are about to return to their form earlier in the season.

I couldn’t tip a porter at a New York hotel at the moment. Do yourself a favour this week – print out my tips and line your birdcage with them.

Wellington and Newcastle are out of the blocks first this week. Phoenix played well despite the loss last weekend and remain one of the better sides to watch. Newcastle performed as expected, and with the coaching position not yet finalised I can’t see where they can improve. Phoenix by three.

Melbourne Victory banged in five against Bali during the week to finally put some smiles on the faces of bleak city folk. That should give the team a lift after the dreary effort against Adelaide, but Sydney look too strong all over the park. Sky Blues by one.

Dare I tip Brisbane away from home against the Mariners? Let’s check their away form: one win from seven. What about their recent overall form? Unbeaten in the last four. The difference last week was the inspired performance of substitute Dylan Wenzel-Halls, and I would love to see him start. His finish against Wellington last week was Socceroo class. Sorry, Brisbane fans, but I’ve convinced myself to tip the Roar.

Melbourne City host Perth in what should be a cracking match. City bounced back against Newcastle although still seem a bit below their best. Coach Erick Mombaerts would have been happy with Harrison Delbridge at the back and Craig Noone in the midfield, who is in season-best form. Tony Popovic has Perth Glory humming along with six wins on the trot, conceding only two goals in that time. I’ll sit on the fence for this one.

Western United host Adelaide in a game that could be tagged the enigma derby. Neither team has been consistent and both come off the back of a win and a loss. I can’t see how Whitten Oval will scrub up as anything other than a mediocre football venue. How’s Tarneit coming along? Western United to win 3-1. 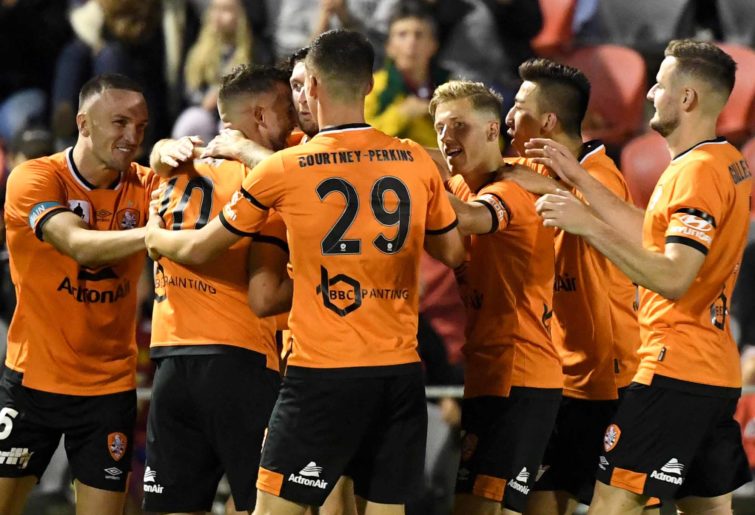 I’m writing these tips while sipping a cocktail by the pool in sunny Bali, just having bartered for a Bali United kit after their brave loss to the Victory mid-week.

The round opens with Wellington hosting Newcastle, and the Nix will be re-entering the winners bracket against this sub-par Jets side. Newy showed glimpses of decent football against City last weekend, but glimpses won’t be enough to get them anywhere but the bottom of the table.

Victory are coming off their thumping of Bali United in the Asian Champions League, but their last game in the A-League saw them falling short in the original derby, effectively dooming them to a spot outside the top six for the next couple of weeks. Sydney are coming off the bye, and the Big Blue is just one of those games where form doesn’t count for much. With the signing of Marco Rojas, we’ll see Victory take this Big Blue in a shock upset.

Saturday opens with a really tough game to predict. The inconsistent Mariners are hosting the resurgent Roar, and it is very quietly an incredibly crucial game for both team’s top-six chances. Brisbane are coming off an upset win against Wellington, and after their draw against City they’re beginning a serious charge for a spot in the finals. The Mariners, on the other hand, followed their miraculous win over the Victory with an abysmal loss against Western United, going down 3-0 within 21 minutes. In a game where a win could steady either team’s season, we’ll see a draw and both side start to drift from the six.

Speaking of season-defining fixtures, how huge is Saturday night’s game? City, two points clear, hosting Perth, who have a game in hand. A win either way could very easily be season-defining. Both sides are coming off wins, with City dispatching of Newcastle easily and Perth scraping past Western Sydney. It was the first vulnerability we’ve seen from the Glory in some weeks, and they still kept a clean sheet! If City are any chance of catching Sydney, nothing less than a win is acceptable here. It’s going to be a blockbuster game, and I think City will get it done at home 2-1.

Football is coming to Whitten Oval! Well, the real football at least. The inconsistent Western United host Adelaide, who haven’t been the most consistent side themselves this season. It’s almost like a train crash, and I can’t bring myself to look away. Adelaide are coming off the original derby win, and much like the Roar-Mariners game, I think this game will end all square.