Remembering the Big Bash before it became the BBL

Steve Smith was an elite spinner, Shane Harwood was a pace weapon, Daniel Harris was a dominant opening batsman, Victoria were unstoppable and Aaron Bird hoarded wickets before being called for chucking.

This was Australian domestic T20 cricket before the BBL, before it became a franchise competition, before it turned into a ratings juggernaut that dominated the core of the Australian summer.

It is easy to forget that before the BBL there were six seasons of Australian domestic T20 cricket, starting from the 2005-06 summer, back when it was a State vs State competition.

Here are four interesting stories that emerged from this era:

Steve Smith was a gun spinner
It has become a popular myth that the world’s best Test batsman started his career as a leg spinner first and foremost. That, of course, is false as Smith was a commanding Sheffield Shield batsman who offered added value with his bowling in red ball cricket.

It could be argued, however, that this narrative is true in regards to T20 cricket.

After debuting for NSW in the shortest format as an 18-year-old, Smith went on to take 22 wickets at 15 for his State side. He even carried that hot T20 bowling form into international cricket, taking 12 wickets at 18 from his first ten matches for Australia.

In this early part of his T20 career Smith had minimal impact with the bat but was a natural wicket taker.

Steve Smith. Used to be a short-form bowler. (Photo by Gareth Copley/Getty Images)

Aaron Bird chucked it all away
In the summer of 2008-09, NSW quick Aaron Bird was attracting hype. He had been the leading wicket taker in that season’s T20 Big Bash competition while bowling with startling pace, at times nudging 150kmh.

Bird had troubled many top batsmen with his speed and looked like he had reached a breakthrough point in his career. International honours seemed to be a possibility.

But one issue had dogged him since he had made his debut for NSW three years previous. Consistently there had been queries about the legality of his bowling action. Certainly it lacked the fluidity of a Brett Lee or Ryan Harris.

In December 2006 he was reported for having a “suspect” bowling action, only to have it cleared by Cricket Australia the next year. Then, at the tail end of that 2008-09 Big Bash, Bird was reported again. This time he was suspended for an illegal action for a minimum of three months.

Bird returned for NSW in the 2009-10 Big Bash but, when he was reported once more, that effectively ended his professional career.

Victoria were a T20 juggernaut
The Perth Scorchers are widely seen as the trailblazers of Australian domestic T20 cricket due to making the first four BBL finals, and winning three of the first six titles.

Yet well before the Scorchers became the benchmark, it was Victoria who controlled the shortest format.

Quite remarkably, Victoria won four of the first five domestic T20 tournaments. This success was built around a core of star players in Dave Hussey, Brad Hodge, Dirk Nannes and Shane Harwood. Hodge was a run-scoring machine, consistently anchoring the Victorian innings, while Hussey added a degree of flair and power.

Hussey also proved an unlikely star with the ball for Victoria, taking 16 wickets at 24, with an economy rate of 6.89 thanks to his gentle off spin.

Nannes, who at that stage was terrifyingly quick, was a monster at all stages of the innings. He swung the new ball, put fear into batsmen with his bouncer in the middle overs, and used his elite yorker at the death, all at speeds of up to 155kmh.

Harwood, too, was seriously quick, giving Victoria an intimidating pace pair to back up their gun batting line-up.

Daniel Harris smashed South Australia on to the world stage
During his 13-year career for South Australia, Harris underwhelmed in the Shield and domestic One Day Cup.

It was in T20s that he found his niche. In the shortest format, Harris piled up 1,112 runs at 38 for SA and was perhaps unlucky never to get a crack at international cricket.

His dominance did, however, helped SA to qualify for the 2011 Champions League T20 tournament in India where he smashed 108 from 60 balls against IPL side Royal Challengers Bangalore. That stunning effort earned Harris an IPL contract.

He played four matches for the Decca Chargers in the 2012 IPL season and performed solidly with 111 runs at 27. Harris went on to play in both the Sri Lanka Premier League (2012) and Bangladesh Premier League (2013) but never did quite become a globe-trotting T20 star. 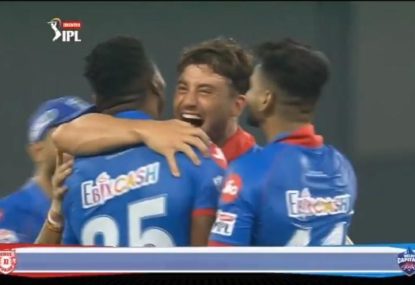 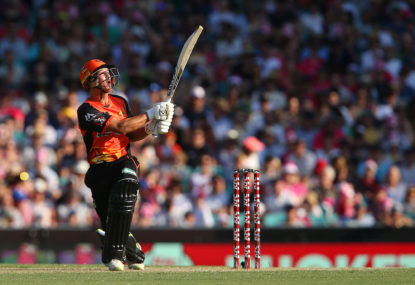