No surprises: The dismal Waratahs defence shouldn't shock anyone

Throughout the 25 years of Super Rugby, the Waratahs have never had a worse start to a campaign.

After slumping to two embarrassing losses to the Crusaders and the Blues respectively, they now have the worst for-and-against of the competition.

The main talking point from these two losses has been their soft defence. The Waratahs have leaked 75 points in the first two games, equal for worst in the competition.

New defence coach Phil Bailey has been handed a huge job to turn around the defence given its shabby record in recent years.

Following their premiership in 2014, the Waratahs have only finished atop of the Australian conference twice, continuing a trend of unreached potential since that title.

However, it should come as no surprise that the Waratahs’ defence has failed so far this year, as three of the top four worst defensive records in their history are from the last four seasons. In 2017, they conceded an average 34.8 points, in 2018, 28.4 points and so far in 2020 they’ve conceded 37.5 points per game.

Kurtley Beale told Fox Sports that there has been some frustration around, but says “it’s going to take time to gel to this new style of play.”

During the Fox Sports commentary of the Blues match, Rod Kafer said “There’s no real effort off the ball from the Waratahs. I can see lots of guys walking. They’re slow, lethargic and there’s not the spring in the step.”

There has been a large amount of talk about the youth in the Waratahs side this year with veteran Wallabies such as Bernard Foley and Nick Phipps leaving at the end of last season. 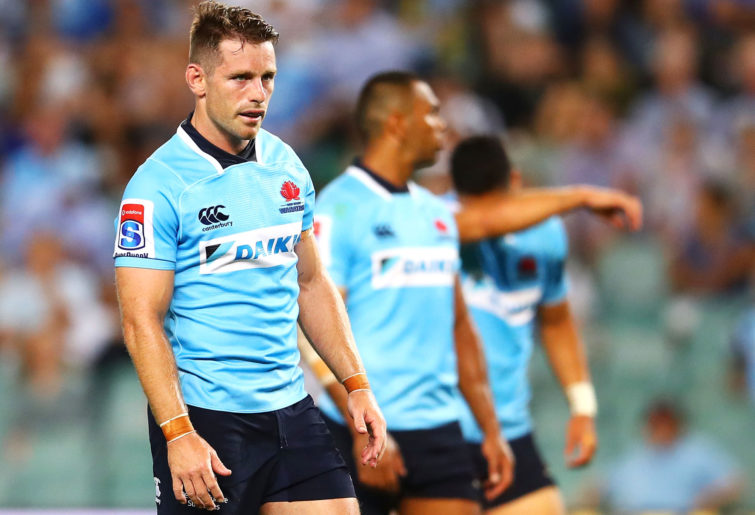 There is no doubt that the Waratahs are at a disadvantage with their home ground being rebuilt, meaning they are having to travel around the state to play home games and resulting in falling crowd attendances.

Tonight they play the Melbourne Rebels, who sit above the Waratahs in the Australian conference only due to points difference. It is shaping up to be a very important game for both sides as the loser faces a 0-3 start to the season.

The Waratahs must fix their porous defence quickly as they go into the clash with the second-most missed tackles in the competition.

With the youth and flair that the Waratahs boast, if they can rapidly transform their defence into the stronghold once known as “the blue wall” they have a great chance to win their first premiership since that 2014 final against the Crusaders.

They need a win tonight, otherwise, it will be a long season for the supporters and players. Sooner or later the fans will begin to lose faith in the Waratahs, who are yet to find the form that last won them a premiership.

Rob Penney wants his side to harden up

Coach Rob Penney wants his NSW Waratahs to toughen up and eradicate their soft moments after starting the Super Rugby season with two successive losses.

Rob Penney wants his side to harden up

This coming Saturday, the Waratahs host the Blues at their home ground in Newcastle.