Amongst a host of provocative comments, Green ended his attack on Barkley by saying “He also can’t talk basketball with me either. Not smart enough, not qualified. No rings, can’t sit at this table.”

Draymond Green on the recent TNT criticism: “(Charles) Barkley should stop before I take his job. Because I can do that well, too…He also can’t talk basketball with me either. Not smart enough, not qualified. No rings, can’t sit at this table.” pic.twitter.com/AmGw6jZidE

The inference was clear. Green believed Barkley’s opinions on basketball – in his role as an analyst for TNT – are null and void because he never won a championship, and that he isn’t worthy to be placed in a group of players that includes Green, because of his lack of championship rings.

I like Draymond. The league is better with personalities who speak their mind and give their opinions, so I won’t criticise him for being outspoken. However, that is simply one of the worst basketball takes you’ll ever have the great unfortunate of hearing.

If anything, it’s Draymond who isn’t worthy to be mentioned in the same sentence as Barkley.

I’m not going to insult Barkley, or embarrass Green, by even bothering to compare their accomplishments. Even with Draymond having many more seasons left in his career, it’s an unfair fight. Barkley is one of the top 20 NBA players of all time, and though I’d have to sit down and actually write out the list, Draymond may not even make the top 100.

If you switch the situations of their respective careers, Barkley probably wins five or more championships, and catapults into the conversation for the very best players of all time. Draymond might be coming off the bench for the Sydney Kings.

OK, so that’s way too harsh on Draymond, for I actually believe him to be very talented, but my point is that he was pretty fortunate to find himself in the position he is/was.

Which brings us nicely to the question: is Draymond good or just lucky?

I’ll save you some time and skip straight to the answer. It’s “both”.

The truth is that Draymond landed in the absolute perfect situation for his unique skillset.

Draymond is an elite and versatile defender, a good rebounder, a clever playmaker, a vocal teammate, provides plenty of swag and confidence, and is a bad outside shooter who faces challenges from a scoring perspective. When you pair those qualities with the greatest shooting backcourt – Steph Curry and Klay Thompson – in NBA history, you have a potent mix of talent that perfectly complements each other.

Throw in three seasons of Kevin Durant, one of the greatest scorers the game has ever seen, and that potent mix goes to the next level.

It’s true that Draymond fell into the ideal situation, but it’s false to believe any player would have been just as successful and impactful as he was.

For example, defense is 50 percent of basketball, and Draymond is elite at it. It may not sell posters and League Pass subscriptions, but defense wins championships, and it’s a skill not everyone has or is good at it. On defense alone, Draymond is a great player. 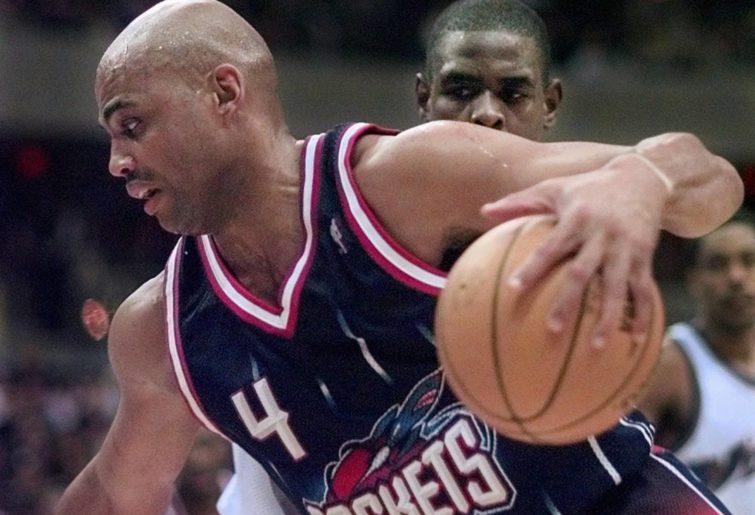 Draymond also has a high basketball IQ, and the perfect mindset to be a role player. Again, those qualities are pretty rare in the NBA.

On the flipside though, if Draymond had landed elsewhere, there’s a strong chance he never starts an NBA game, is never selected as an All-Star, and doesn’t win any championships.

Some players would be great no matter what situation they end up in. Draymond is not one of those players.

However, even though the Warriors – with Curry, Thompson and Durant – would have been a great team with or without Draymond, they may not have won the title without his unique abilities. He was that important in that dynasty, because he may have been the only player in the league that could play that exact required role.

It’s a complex and nuanced conversation, but the reality is that Draymond Green is an elite-level role player who found the perfect role. And that makes him both good, and lucky.