“They play so much cricket,” Langer admitted after the 3-0 defeat in South Africa.

“We’ve got some weary boys. We know we’ve got six more games to play (against New Zealand) and then they’ve got to go again.”

Australia’s three most important players – Steve Smith, Pat Cummins and David Warner – have each played an extraordinary amount of cricket in the last year, and their schedule shows little sign of easing.

The ruthless, cyclical demands for three-format players can be summarised by Smith and Warner’s last 12 months. Exactly a year ago, the pair were gearing up for an IPL campaign following the conclusion of their ball-tampering bans.

Both, especially Warner, would go on to have strong tournaments. Immediately after that stint they travelled to the UK, where an elongated World Cup campaign was followed by an Ashes campaign that Smith later described as the embodiment of “mental, emotional and physical” exhaustion.

By the time the fifth Test rolled around, Smith later admitted his time at the crease was limited such was his mental exhaustion. While his second-innings 23 hardly looks lamentable, it was the only time in the series he hadn’t passed 80. And there was a reason behind it.

“Towards the last Test match it got to Day 2 and my mind was saying ‘keep going’, but my body had shut down and wouldn’t let me do anything,” he explained. “I was a little bit sick after that.”

But he had just two weeks off, then was straight back into things. Six home T20s against Sri Lanka and Pakistan was followed by six home Tests against Pakistan and New Zealand, then nine more white-ball fixtures in India and South Africa.

They’ve now returned home for less than a fortnight (three ODIs against New Zealand) before heading across the ditch for more T20s. And after that? Straight back to India for the IPL, where the unrelenting cycle begins again.

While it’s been a difficult and taxing schedule for Smith and Warner, Australians might be more concerned about Cummins. The New South Welshman joins them this year in the world’s biggest T20 league, where he’ll fetch a tidy $3.17 million for seven weeks’ work. Should he remain fit, he’ll play at least 14 games for the Kolkata Knight Riders, potentially more if they reach the finals.

Cummins’ workload is quite simply staggering. In 2019 he bowled 607.3 overs in international cricket. The next highest number for a fast bowler (South Africa’s Kagiso Rabada) was 412. 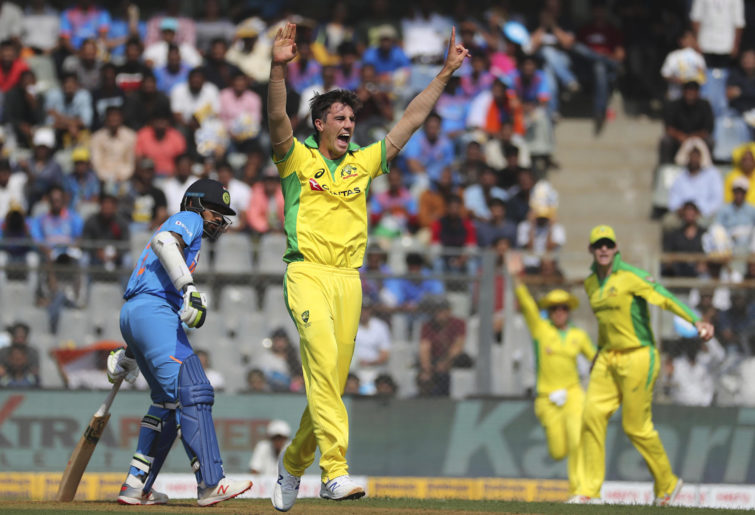 We have become accustomed to simply expecting the world’s number one Test bowler to push his 193-centimetre frame through the crease day in, day out. But when will he reach breaking point? Some are quick to point out that, if players are feeling burnt out, they shouldn’t accept IPL money.

But those same people have never been offered $10,000 per delivery like Cummins has. It is ridiculous to assume they should pass up these fortunes at the peak of their powers. Warner and Smith will both earn $2.5 million for the period, considerably more than the reported $1.5 million all three receive annually from Cricket Australia.

And this is crux of the issue: no one wants to give up their slice of the pie. Players certainly don’t want to pass up the huge earning opportunities in the IPL, and nor should they. But this is the only time throughout the year where international fixtures are largely put on hold.

All ten months outside of it are packed with matches.

The ICC and respective cricket boards have (mostly) locked-in future tours programs and certainly won’t be relenting. Each has broadcast deals in place, some worth over a billion dollars, where a flow of content is non-negotiable.

So it falls to the selectors and coaching staff, then, to grant players a break when they need it. But that, too, is problematic. Take Langer’s comments this week, for example.

The Australian coach knows his players face an unforgiving schedule (which has risen exponentially since his retirement) but is reticent to allow them rest when there’s games to be won for their country.

While many viewed the recent series against South Africa as relatively inconsequential, Langer himself stressed its importance. And he said finding time to rest players was difficult.

Every single series, in Langer’s eyes, is important. Which is fine – that’s his prerogative as coach. But his views are symptomatic of a cricketing structure where no one wants to give up their slice.

Langer, and Cricket Australia in general, want their best players out on the park at all possible times. The time they could be resting, however, coincides with their biggest earning potential.

All parties recognise the need for balance but at present, one is yet to be struck.