But he arrived back on the scene by taking a new role with the Bulls.

Conspiracy theorists might look at this as an ominous sign: that his arrival will disrupt the fresh winds of change blowing through South African rugby and create unwanted conflict when it’s needed least. White cannot be classified as a quiet, compliant wallflower or the ideal team man.

The COVID-19 lockdown freed up some time for navel-gazing so I viewed the 2007 and 2019 World Cup finals back-to-back and confirmed what I suspected: both victories were essentially based on mirror-image game plans, tailor-made to fit the available talent.

Go figure. White is much maligned but so-called Jake-ball has won two World Cups and continues going from strength to strength.

Until Rassie Erasmus revitalised South Africa rugby, the Boks’ core strengths were a big, brutal pack of forwards dominating the gain line backed by an astute kicking general and a smothering defence focused on cutting down opposition space and time on the ball.

So what has changed?

Firstly, the strengths have been emphasised to exploit opposition mistakes and the unsung hero Mzwandile Stick has been roped in to improve skills and focus on attacking open space with his sevens skills set.

And didn’t it work a charm. The last 20 minutes of the 2019 final was a coming-of-age and celebration of a new era in South African rugby.

This is an era where the prejudices and mindset of the past were kicked into touch to show how three players, that 30 years ago couldn’t don the Boks jersey, can set the world stage on fire with sublime, previously unseen skill levels and hammer two nails into England’s broken coffin of World Cup dreams.

The river of time waits for nothing and no one and Rassie Erasmus accepted this challenge by diving into the river head first and embracing the possible to achieve the almost impossible.

And it was all built on the rock-solid foundation of Jake-ball.

You win by controlling the game and you control it by having the majority of possession as front-foot ball while spoiling the opposition’s so they can’t play. This is the philosophy behind Jake-ball that has served Boks rugby so well for more than a century.

The Springboks of 2019 embraced this and evolved their back line play with the times to add an arrow to their quiver, much to the surprise of all and sundry. This was a tactical masterstroke by a young, free-thinking star.

Rassie Erasmus is engineering a sustainable revolution in Springbok rugby by ignoring the naysayers and embracing their single greatest resource: players from wherever they come by placing the focus back on what they represent in society.

This is a fundamental paradigm shift that within rugby will be impossible to oppose and Jake White might just be the catalyst to strengthen this heady mix by adding to this potpourri because it will all add to enrich Boks rugby. 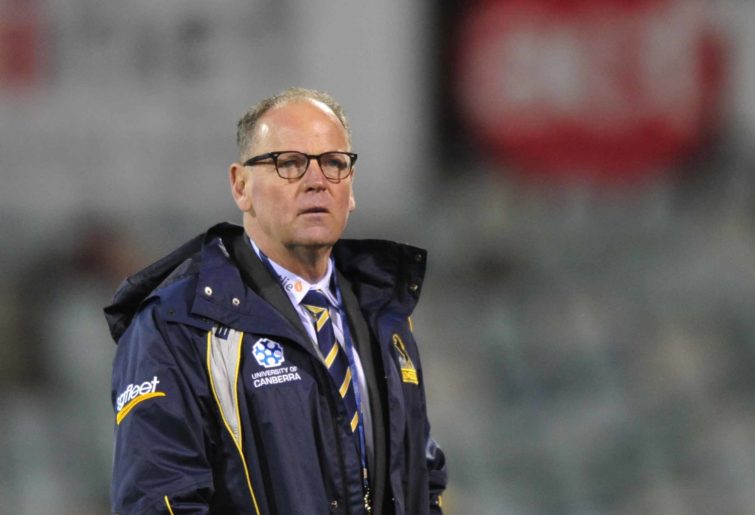 An essential ingredient for a World Cup-winning head coach is encyclopedic knowledge of his craft, independence of opinion, unshakeable belief in his preaching and the charisma to sell that mixture to all his players, staff and all-comers from outside.

Erasmus is an expert on knowing where to add value. White’s one shortcoming is in the charisma department where his brusque teacher attitude ruffles the feathers and has sadly become part of his brand. Everybody slates White but give the old fox his due: he took on the Boks after the infamous boot camp when South African rugby was in shambles and delivered a second tournament victory.

In two seasons he took the Brumbies from bottom dwellers to finalists in Super Rugby and then put Montpellier back on the map in France within a season. The Bulls’ set-up is tailor-made for White’s skill set. He cut his teeth with junior talent and they’re brimming with young guns itching to step up. This is an ideal proving ground for his renowned teacher skill set.

This is an impressive CV for any coach but destined to fall short of becoming one of those stars mentioned earlier.

That said, this man can coach and deliver results against the odds so South Africa been the poorer in his absence and will be enriched by his return to their shores.

Let’s give the man some space and breathing room, with dollops of benefit of the doubt, to work his magic. Success as a coach depends on the synergy a coach creates with his available talent. White does this superbly well so watch out for the Bulls in 2021.

Long live Jake-ball and welcome back, I missed your controversies and look forward to the new ones.

Now if we can only kick this COVID-19 far into touch and for good so we can play footy again.