Lamar Patterson: 9.5/10
The initial narrative from the media was that Lamar Patterson was too unfit and unhealthy and wasn’t playing well. However, in actual fact he played consistently well throughout the season from start to finish, and his statistics show that. He proved all his doubters wrong and had an even better season with the Brisbane Bullets than his last, averaging over 20 points a game and averaging over 30 per cent from the three-point line.

At many times he was the difference in maker games and won games off his own performances. A worthy NBL most valuable player candidate, and if the Brisbane Bullets got into the play-offs, there would have been a very high chance he may have won it.

Nathan Sobey: 8/10
Nathan Sobey’s first season at the Brisbane Bullets was a pretty good one. He changed roles and started as a point guard for a lot of the games, and although it wasn’t the ideal position for him, he did end up having a better season than last. He had a lot of big games and averaged more points and fewer turnovers than his last season with the Adelaide 36ers. He was also pretty lethal from the three-point line with his efficient three-point shooting.

Hopefully the Bullets coaching staff fix him into a position so he can become more comfortable in that role and therefore get more consistency into his game.

Jason Cadee: 7/10
Winning the 2020 NBL sixth man of the year came as a bit of a shock to me at first, but looking back, he did prove yet again in most games that he is still very efficient from the three-point line. When Cadee gets a few shots in early he can still be a force to be reckoned with, and he showed that multiple times this season.

He averaged a conversion rate of 40 per cent from the three-point line for the second time in his career and averaged over ten points a game coming off the bench, which is pretty impressive. I commend the NBL for giving him credit in the form of an award to showcase his great effort this season. 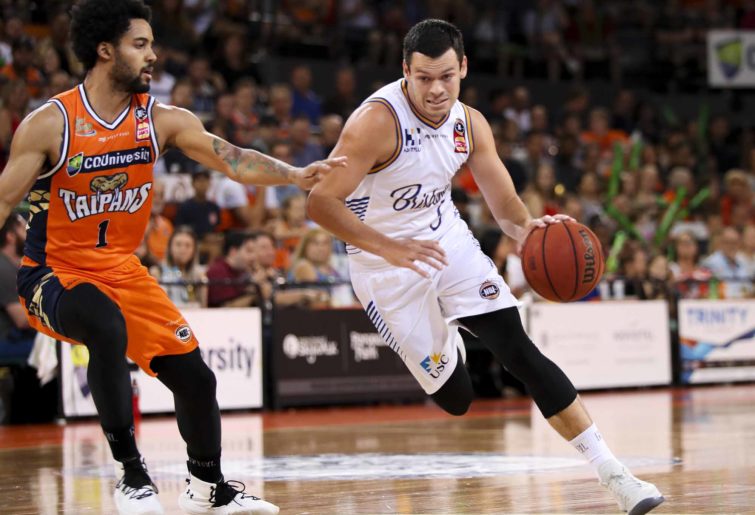 Matthew Hodgson: 7/10
Although his game constantly suffered in the form of early foul trouble, Hodgson had a great season. He still averaged over ten points a game even though he’s terrible at free-throw shooting. His pure size and body frame was a big asset for the Bullets this season. If he works on his free-throw shooting and keeping out of foul trouble, he could turn into an elite centre in the NBL.

Will Magnay: 7/10
Will Magnay’s elite protection of the rim and superior athletic ability was on full display for all to see this season. He won the NBL’s most improved player award, and rightfully so. He came from being essentially a development player not able to get a regular game to being a highlight reel favourite in the NBL, which even saw great interest from NBA clubs.

Magnay led the league in blocks per game, averaging over two blocks per game for the season. To improve and make an even bigger impact next season he needs to fill in his frame and work on his three-point shooting. He’s one of the best young Australian prospects coming out of the league today.

Edward Singler: 6/10
Being an import really led to some serious criticism for EJ Singler. People were begging for the Brisbane Bullets to get him on the next flight home not knowing that Singler was a budget import due to big spending by the Bullets in other key areas.

EJ was more than a serviceable player this year, and if he were an Australian, I guarantee he would get more credit for his season. He was great defensively and when needed impacted by making some important shots. He has shown he is capable of being a great budget import if a team is strapped for cash.

Cameron Gliddon: 5.5/10
Whether or not it was the Brisbane Bullets not utilising him well enough, Gliddon still had a very underwhelming year. He started to improve at the tail end of the season when the Bullets started making a play-off run, but it was too little too late.

He averaged ten minutes fewer a game than in his previous season and, as expected, all his statistics also dropped. He made 25 fewer three-point shots than last season, although he averaged a higher three-point percentage. Gliddon didn’t exceed our high expectations, but hopefully he can return to form next season.

Taylor Braun: 5/10
A lot of factors come into Braun’s low rating. Considering he took an import spot and was rumoured to be paid a fairly high amount, the return the Bullets received wasn’t good enough, as his performances were below par. Credit where credit’s due, however: Braun was very good defensively, but he was basically irrelevant when it came to the offensive side of things. This was a pretty underwhelming performance for a high-paid import, hence his low rating.

Reuben Te Rangi: 2/10
The reigning NBL most improved player and NBL sixth man of the year had an absolutely forgettable season. He was probably the most disappointing player this year, as he could have become something special. Like Gliddon, I’m not sure whether Te Rangi was utilised all that well by the Bullets, but if he had performed better, he would have been used more.

He averaged eight minutes a game compared to his previous average of over 20 minutes a game last season. He didn’t average even an assist per game. He lacked confidence which, surprises me because of the great season he’d had previously. As a free agent he needs a fresh start at a different club, and I hope the New Zealand Breakers gives him an opportunity.

Mika Vukona: 4/10
Given his age, it was expected his role would diminish this season, although he did play some decent defence when on the court. It was a very serviceable year for a role player. I think his experience and leadership would have been a great help, but I’m unsure whether he should go on next season. If he decides to retire, I suspect he’ll be part of the Brisbane Bullets coaching staff. Nevertheless, it has been a great career and he should be proud of.