“I am a massive sports nut,” she says.

“I will watch any sport, especially if Australia is competing.

“We were desperate to watch the Olympics, so my friend and I told our teacher our wi-fi wasn’t working so we could go to the library and cheer on the Aussies competing. We watched on our laptops so the librarians wouldn’t kick us out.”

Little did Collier know that four years later she would be part of the team to represent Australia in Tokyo.

Collier sealed her selection following four nomination trial events earlier this year and endorsement by Shooting Australia and will compete in the rifle event.

It is a tremendous achievement for a young woman who is relatively new to the sport, after only beginning shooting as a recreational sport in 2014.

As a child, Collier competed in many different sports, but took a keen interest in cricket. She played for her local club across the street from where her grandparents lived and she has fond memories of her grandfather coming across the road to watch her play.

At the time, there were only clubs for boys. Collier was too young to play in the women’s competition so spent many years playing alongside the boys and was the only girl at the club.

While this started as a challenge, Collier learnt to embrace the experience.

“When I first started playing, I hadn’t grasped that I would be the only girl,” Collier says.

“It wasn’t until I started seeing the other competitors that it really hit me. Plenty of criticism came my way. Boys thought they would have to go easy on me. Parents didn’t want me taking the position of their sons.

“But as I got older, I got used to it and embraced it. The reason I was annoying the boys was because I was getting them out. It was their problem, not mine.”

Unfortunately, Collier’s cricket career came to a halt after a freak training at accident, where she was hit in the head with a ball. Although doctors didn’t realise at first, Collier had fractured her skull. It was a serious injury that would impact her ability to hold conversations and leave her with ongoing headaches for a prolonged period of time.

Collier’s dad is also a shooter and took up the sport at a young age. He suggested that his daughter try the sport to help Collier’s concentration.

“With shooting, and especially rifle shooting where you are aiming for precision, you learn techniques on how to focus on one thing at a time, you learn how to relax your mind and how to clear your head,” she says.

“All these things are useful in everyday life but my dad thought it would help me to have these strategies to help me focus.” 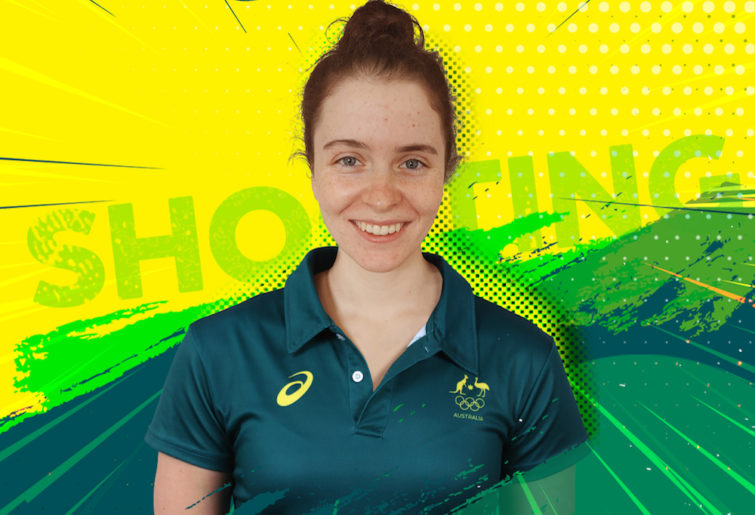 After that, Collier started and has not looked back. At first, her biggest competition was her brother.

“In the beginning, I just wanted to beat my brother, but then I started getting very competitive with myself,” she says.

“But then I started to beat the people around me, too.”

Collier loves the challenge of shooting. She had always played a variety of sports, but shooting uses a different skill set and this challenged her in a new way.

Another thing she loves about the sport is how inclusive it is. Coming from a background where Collier has played a number of male-dominated sports, shooting is unique in that age, physical appearance and gender are no barrier. Almost every single competitor is on a level playing field.

“It is one of the most inclusive sports I have ever been a part of,” Collier says.

“Whoever comes first, second or third, it doesn’t matter.

“Anyone of any ability can do it. It doesn’t matter your age, and some things that may hold you back in another sport may help you with shooting.”

Now Collier will have the chance to represent her country in the sport she loves.

And no one will be prouder than her dad, who encouraged her to get involved in the sport in the first place.

“Everyone in my family is thrilled and pretty surprised,” Collier says.

“My sister had been watching one of the events on broadcast, and one of the commentators mentioned that I had taken one of the quota spots and she told me straight out that she had ruled me out.

“But she promises she will never do it again.”

It was the first 100 of the tournament. 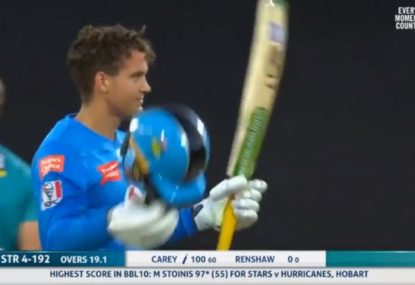 My dad was an avid India fan irrespective of how they performed, but I had a bit of critic in me because in my view the team were tigers at home but lambs abroad.