Who knew the Supercars championship would be back at Sydney Motorsport Park this soon?

That is the reality of the ongoing impact of the coronavirus pandemic and while it has meant that teams have been forced to relocate interstate and the Winton SuperSprint has been cancelled, the quality of the racing has gone unaffected.

Between Sydney turning on its new multi-million dollar lights at Eastern Creek, to further exploring the sacrifices made to allow the show to go on, here are the talking points from the second Sydney SuperSprint.

Sydney turns on the lights
It was a bit earlier than expected, but the multi-million dollar permanent light towers around Sydney Motorsport Park were switched on for Race 10 of the championship and again night racing delivered.

The varying in tyre strategies saw a mixed race across the board, though it was Scott McLaughlin who put in a stellar drive to take the win from pole position, which he achieved on the hard tyre.

McLaughlin was one of few drivers who throughout the weekend found balance between the hard and soft compound tyre. In the early part of the night race, the 27-year-old actually lost positions to the soft tyre runners around him in the likes of Shane van Gisbergen, Lee Holdsworth, Cameron Waters and Anton De Pasquale.

The reigning Supercars champion made his compulsory pit stop on Lap 10 to switch over to the softer rubber and as a result had the better grip to work his way back up the order.

Holdsworth, who claimed his first podium of the year in Race 9, was looking fast again during the night race and had taken the gamble on a soft tyre race, switching over to another set of softs on Lap 14. The Tickford racer exited the pits just ahead of McLaughlin and De Pasquale, who was on the same soft tyre strategy as Holdsworth, though was unable to hold the Shell V-Power Mustang behind.

A second consecutive podium was achieved by Holdsworth, who then held off De Pasquale at the end of the 32-lap sprint. The 25-year-old De Pasquale scored only his third podium finish in Supercars and his first for 2020.

Varying strategies for the Red Bull Holden Racing Team yielded on fourth and fifth, as van Gisbergen ran a long first stint on the soft tyres to Lap 20. Unable to match the top three grip wise, fourth was the best that the Kiwi could do.

The spectacle that is Supercars night racing again looked stunning during the broadcast and with more lighting yet to be installed in the back part of the circuit, the season finale here could deliver more great racing. 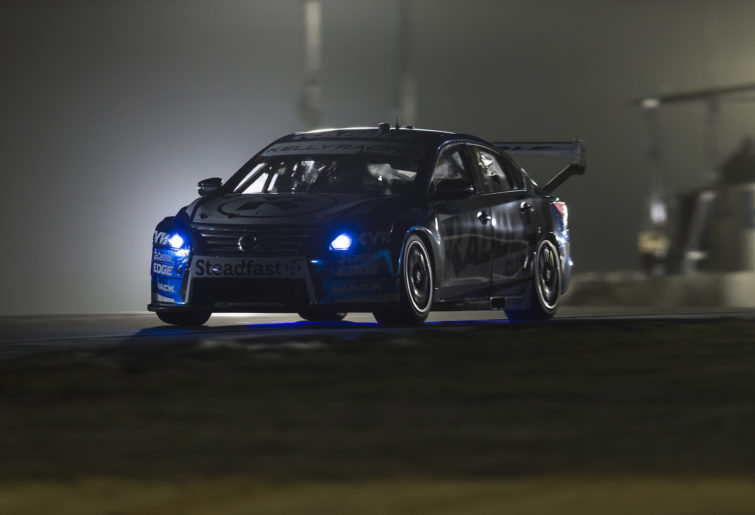 Percat doubles up
While everyone put their eggs into the Race 10 or Race 12 basket, Nick Percat and Brad Jones Racing once again maximised from their soft tyre allocation in the first of the two Sunday races to take another victory in Sydney.

It was another popular win for the Albury-based team. Percat started the race third and was battling early with Fabian Coulthard, who employed the same strategy as the former Bathurst 1000 winner.

Ahead, van Gisbergen looked to again run long into his opening stint on the soft tyres, though it only hurt the Kiwi’s chances of protecting the undercut against Percat, who was then unchallenged for his second win in consecutive events. The Red Bull ended the race in eighth.

Coulthard scored his first podium of 2020 in a comfortable second place, but it was the battle for third that kept everyone on edge, with a photo finish seeing McLaughlin just pip James Courtney to the line for another podium.

Courtney’s tyres began to severely fade in the latter part of the race, which invited Rick Kelly – who had an impressive race in the Castrol Mustang – and McLaughlin to have a shot. A staunch defence from the Boost Mobile Mustang allowed Chaz Mostert also to join in the fray, to ultimately see Kelly displaced two positions and the Shell V-Power car strip the podium position away from the Tickford team.

It was another epic finish to the race, almost a carbon copy of the Race 8 finish, which saw McLaughlin emerge third in another four-way battle for the podium.

Young guns dominate Race 12
With many of the perennial front-runners having used up their allocation of fresh tyres, Race 12 saw a much different race and a very different but welcome rostrum, as Tickford’s Jack Le Brocq won his maiden Supercars race.

It was André Heimgartner on the pole, leading away from fellow soft tyre runners in Mark Winterbottom and David Reynolds. McLaughlin also started on softs from third, but they were an ordinary set, which saw him plummet down the field.

Le Brocq made ground too from seventh, but it was the pit stops that saw the Supercheap Auto Mustang take the ascendency from Heimgartner in the Kelly Racing Mustang. A slick stop by the Tickford crew for four tyres meant that the 28-year-old re-joined the race in the lead.

There was another four-way battle at the end of the race, as Todd Hazelwood on the much fresher tyres closed in on Reynolds, who was unable to make a move on Heimgartner in second. The Brad Jones racer forced his way past the Erebus Commodore en route to a maiden podium.

Hazelwood’s third capped off a solid weekend for the Albury-based outfit, who were buoyed by another win for Percat earlier in the day along with career best top ten results for Macauley Jones and Jack Smith across the round.

Having raced on ordinary tyres for the duration, McLaughlin ended up in 14th behind teammate Coulthard, though was still the overall round winner having accumulated more points across the three races. The Kiwi also extends his championship lead over Whincup and Mostert.

It was a moment to never forget for Le Brocq, who 12 months ago endured a difficult run in terrible circumstances. While for both Victorian squads in Tickford and Kelly Racing, podium finishes would be rewarding considering their recent sacrifices – including Tickford’s first win since March 2019.

Tyre management
One of the highlights of Supercars’ return to racing last month was the introduction of the new tyre rules, which subsequently delivered exciting racing and a real strategic uncertainty to keep viewers at the edge of their seats.

Again it was at centre stage for this second Sydney SuperSprint, though this time there has been a split between three sets of hard tyres and two sets of soft, forcing a greater rethink to the team’s approach to the three 32-lap sprint races.

As seen in Race 10, drivers such as Holdsworth and De Pasquale used up their soft tyre allocation to go for glory in the night race only to compromise their Sunday running, when they were consigned to using only the hard tyre.

Race 11 saw Percat and Coulthard utilise their soft tyres that they’d saved from the previous race and as a result finished one-two, while Whincup took the pain by only running hard tyres to finish 17th and take a hit in the championship standings. 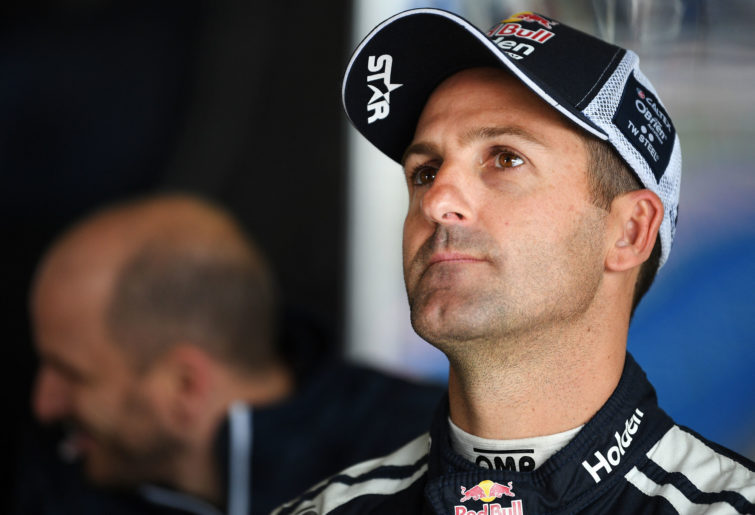 It does shift the mentality up and down pit lane, depending on what their priorities are as far as the championship is concerned. Those immediately fighting for the title such as the Shell V-Power cars and the Red Bulls will look to achieving a balance across the weekend to accumulate the most points they can.

Teams in the midfield and at the rear of the grid have greater cause to take a gamble on using their good tyres in a particular race to be able to achieve a result, which normally they’d not be able to.

Brad Jones Racing along with the Percat victory managed to get maiden top ten results for Jones and rookie Smith between Races 10 and 11. While both Kelly Racing cars on Sunday looked stronger than they did on Saturday.

Again, this is an organic component of the racing and there is no gimmick to it. The cream will always rise to the top as seen with McLaughlin’s drive in the night race, though it does open the door to other drivers perhaps limited by their car speed to show their skill when normally they’d be stuck fighting for minor positions.

A fluid situation
As seen with other major sporting codes in Australia such as the AFL and NRL, Supercars has been forced into some significant changes since the last time they raced back in June, all due to a second wave of COVID-19 – particularly in Victoria.

Immediately Supercars moved to cancel the Winton SuperSprint, which then was replaced by this second event in Sydney, but also more crucially due to the increased travel restrictions between state borders. All the Victorian-based teams had to make a dash for New South Wales prior to the borders between the two states closing.

It was a massive sacrifice for the team members of Walkinshaw Andretti United, Erebus, Kelly Racing, Team 18 and Tickford, who now will spend life on the road until restrictions have been lifted to allow them to return to Melbourne.

The ongoing fluidity of the situation has seen Supercars confirm as well that there will be a second weekend of racing in Darwin, plus the original Triple Crown event in the Northern Territory on August 8-9.

All teams will relocate to Queensland once things wrap up in Sydney, as even the Northern Territory have enforced restrictions upon anyone travelling into their state particularly from COVID hot spots in the New South Wales capital. Sydney Motorsport Park unfortunately is adjacent to those hot-spot suburbs.

Even in the pit lane, the order of the garages has been split to keep the teams from Queensland and Victoria at opposite ends.

There are so many changes in such a short time, though full kudos to Supercars and all the team members for making the sacrifices they have made in order to keep the racing going in the safe manner in which they have been.