Seventeen-five? The way to securing a better 22-round fixture

If I wrote this at the start of the season, I’d get shot down as “Mad!” and told “Impossible!”

However, one of the biggest discoveries of 2020 is that the AFL can make up the fixture on the fly. It doesn’t have to be all worked out the year before.

That opens up possibilities for fixturing a 22-round season that would never have been considered before. It opens up the possibility to make the draw less compromised and more interesting and exciting.

In light of that, I suggest the AFL considers a 17-5 home-and-away season. In this model, all teams play each other once over the first 17 rounds, then there’s a bye while the boffins get to work to work out and fixture the final five rounds.

There are several advantages.
It gives teams the chance to jockey for positions with teams around them, effectively then, every match would be an “eight pointer”.

The extra five games teams play in the year are played against teams of similar calibre that year, not the previous year as in the current system.

Most teams in the top eight will have played each other twice and at each others home grounds, so providing a better representation of how they measure up against each other.

There will be a fairer and less-compromised meaning teams will earn their spot and better reflect their ability that year. 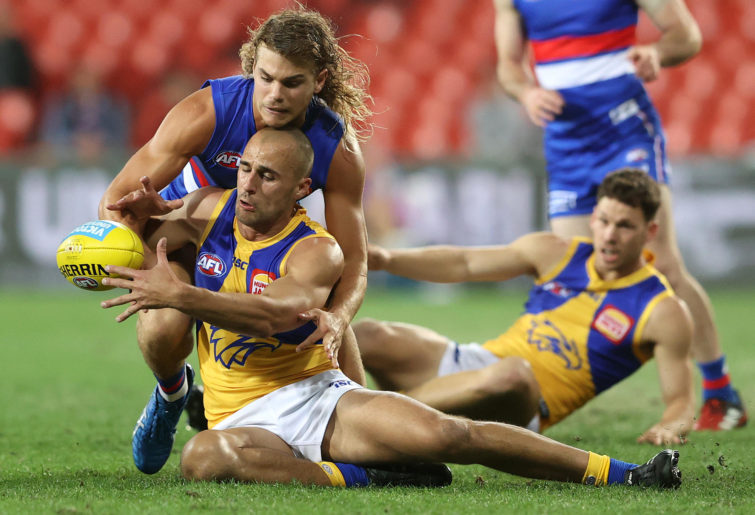 How could we improve the AFL fixture? (Photo by Chris Hyde/Getty Images)

There are however some disadvantages.

You might not always get the crowd pulling teams (e.g. Pies and Blues) playing each other twice you get with the current manipulated fixture.

It might be harder for teams in the bottom of the top two sixes to hold out the teams at the top of the sixes below them.

But having considered that second disadvantage, I think it’s a small trade off for what I think is a much better, fairer and less compromised system than the we get each year now when the draw can greatly affect a team’s chances, both to help or hinder.

The current system attempts to rate teams based on the previous season and play similarly ranked teams against each. This is too late. Look at Fremantle, Adelaide, Western Bulldogs, and Melbourne of the last several years who fell abruptly down the ladder, not helped by their previous year’s success.

The reverse can occur too. Many grumbled that Richmond 2017 benefited this way in their draw that year.

Regards the issue of where to play the games, it’s simply at the home ground of the team that played away in their previous meeting. That in itself would help offset some of the disadvantages.

For example, in 2020, the Eagles (fifth) and Saints (sixth) would get home games against the Power (first), giving them a greater chance of holding off the charge from teams below them and also helping them climb the ladder.

I did consider if teams in the bottom six may use it as a way to tank, but I think those days are past, especially if this year is anything to go by – and it’s a lot harder to subtly tank against teams of similar calibre.

With the currently heavily compromised 22-round draw, I do think this “17 Five” is a much better alternative.

I am happy to hear if you agree or disagree – or have your own suggestions for a better 22-round fixture, especially in light of the opportunity for much more flexible fixturing.