With City facing something of an injury crisis in the attacking third with Sergio Aguero and Gabriel Jesus ruled out and Kevin de Bruyne in doubt, they are short on attacking options. Pep Guardiola will be hopeful Joao Cancelo and Ilkay Gundogan will play some part, but without the attacking firepower, this could be Arsenal’s chance to lay down a marker for their season.

The Gunners are not without problems of their own, however. Captain Pierre-Emerick Aubameyang was forced to withdraw from the Gabon national team with an ankle sprain he picked up in the 2-1 win over Sheffield United. In good news, Arsenal’s frontman was seen training at the club’s facilities on Wednesday and looked to be moving well.

The other concern is Kieran Tierney, who is now forced to quarantine for 14 days after being identified as a close contact of a teammate who tested positive for COVID-19 while on international duty. All social distancing practices were in place and Tierney has had no symptoms, but he is still not available for selection.

The club is seeking advice to try and get the defender exempt from quarantine because he has had no symptoms and no positive tests. But considering the threat of COVID-19, it’s highly unlikely that he will get a pass to play, so they may well be without their star.

Then there’s the good news: new signing Thomas Partey has declared himself fit to play but it remains to be seen whether he will start the match or come off the bench.

The way the north London side have started the campaign would suggest they are more than capable of travelling to the Etihad and coming away with a positive result. Alexandre Lacazette has had a fine start to the season, netting three goals in three games, so he will be confident of adding to his tally this weekend.

David Luiz and new signing Gabriel have also been in good form for the Gunners, along with Rob Holding, Hector Bellerin and Tierney, with the team only conceding six goals in five games, three of which came against Liverpool. 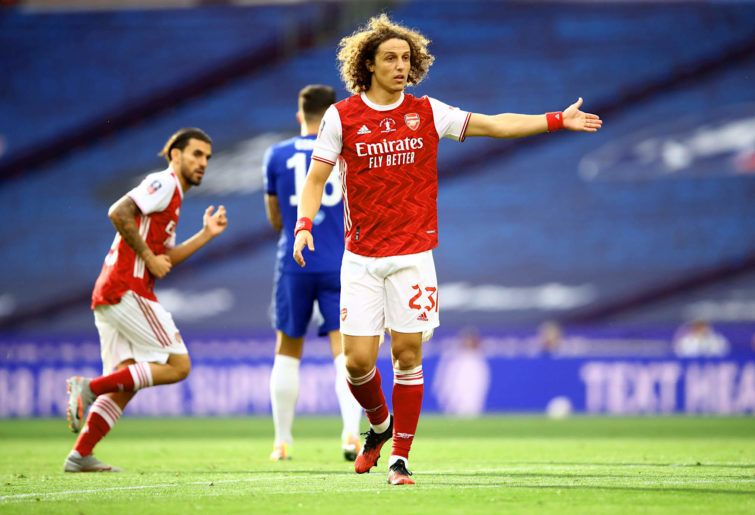 Mikel Arteta has made his side tough to play against this year. In years gone by, Arsenal fans would have looked at this fixture and it would have sent a shiver down their spine. Games against City have not been a happy hunting ground for any team in recent times, and City have made light work of the Gunners, minus the 2-0 win way back in 2015 when Santi Cazorla and Olivier Giroud where on the scoresheet in what was seen as a watershed moment for the club.

This new and improved Arsenal team have all the tools to take it up to the Citizens. The defence has looked solid, and they’ve been efficient in attack. Add Partey to the midfield to partner Granit Xhaka, which in turn could allow Dani Ceballos to play that creative number ten role, and you suddenly have something to get excited about.

The team is only going to get stronger, with Shkodran Mustafi and Calum Chambers both to resume full training by the end of the month and Pablo Mari within the week. Forgotten man Gabriel Martinelli is recovering well and he could return sooner than expected. Suddenly Arsenal are starting to look ominous. A title charge isn’t on the cards, but the top-four most definitely is.

This weekend’s match presents a real opportunity to show how far they have come under Arteta. The first half against Liverpool was a stark reminder at how far they have to go in terms of their development, but the second half was extremely encouraging, and there is no shame losing to the Reds at Anfield.

However, this is a game that the Gunners can take something from as only rarely will you face a Manchester City side with this many injuries.

With a win at the Etihad, the chance is there for Arteta’s men to make a statement, not only to the Premier League but to world football: the sleeping giant is slowly showing signs of life.