Andrew Bogut was too harshly judged on his durability or what he couldn’t do late in his career and we lost sight of everything he brought to Aussie hoops. He was one of this country’s best ever centres on the court and a centrepiece off it. Now, Australian basketball has lost a skilled big man and some of its magnetism.

His gruff demeanour made him the perfect lightning rod in the media, drawing intrigue in a long-neglected Aussie pastime. And courtesy of his socials, he was often a sports bulletin unto himself.

On the hardwood, he still had meaningful moments and his bulwark of a paint presence would have been instrumental to the Boomers’ upcoming Olympic endeavours, even in backing up Aron Baynes in the second unit.

Sure, he lost some of his athleticism towards the end. If you listen to Jay Williams, he lost his outside shooting along the way too.

That’s tongue-in-cheek, but Bogut did so many other things adroitly while attracting interest from fans who were otherwise preoccupied with domestic Australian codes. Even at 36 years of age, I don’t know if we realise just how much he will be missed across all three forms of the game.

Australian Boomers
Say what you will about the big man’s shooting ability, but he was invaluable to Australia’s national team and their chances in Tokyo have taken a hit with his retirement.

Bogut was a pivotal part of their Olympic medal chase in 2016. In just 21 minutes per game, he averaged nine points, one-and-a-half blocks, five rebounds, and almost four assists. Not ground-breaking numbers, but important ones.

The centre also flaunted his revered passing ability in the lead-up to and throughout the 2019 FIBA World Cup, posting a similar stat line in less court time.

Beyond the lines, his pull was his abrasive outspokenness. His back-and-forth with Opals star Liz Cambage, his political views, and his thoughts on other athletes were often polarising, but attention-grabbing nevertheless. 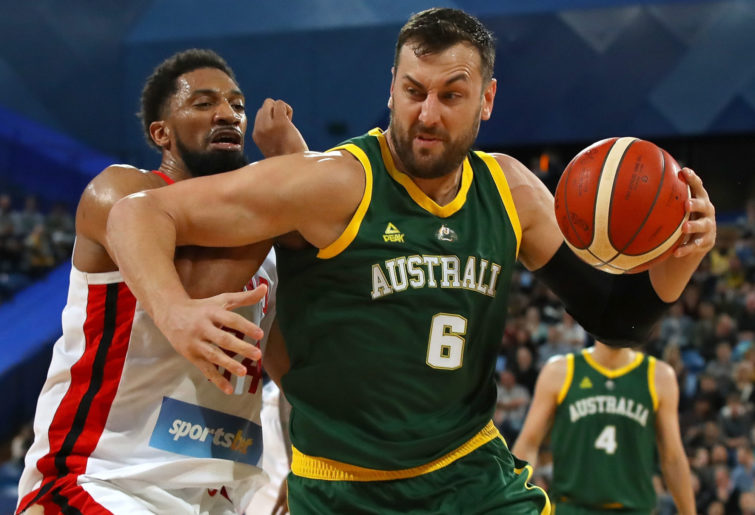 Sydney Kings
Bogut’s international performances were impressive, but he couldn’t do that at his age as a focal point of the team and in more minutes on the floor. Right?

His contributions during the latest NBL season were admirable: essentially averaging eight points, nine rebounds, three assists and one block per game – a stat line the Kings can’t patch in a hurry. In particular, they’ll feel the loss of his assist numbers as the team’s third-leading distributor.

I understand the level of play in the NBL is not on par with international ball, nor with the NBA; but when healthy, Bogut was outstanding. That little word ‘when’ is operative, however, as his decision to retire was based on an overburden of injury rehabs. Still, as he alluded to earlier this year, there was still “a little bit of fuel left in the tank”, even if the car was sputtering, and that excited Aussie fans no matter where he ended up.

Golden State Warriors
This is the smallest sample size we have for a late-career Andrew Bogut, but he still had that renowned defensive savvy.

Additionally, how many Australians were that much more enthralled by the 2019 NBA finals when they had a homegrown talent to cheer on. Even for a few fleeting possessions a game.

The Warriors obviously won’t miss Bogues as much as the other squads, but you can’t tell me that he couldn’t teach James Wiseman a thing or two about NBA defence if they wanted to bring him back.

His rim protection, defensive rebounding, shrewd screens and court vision were unparalleled by his Australian counterparts, at least until Ben Simmons came along.

But while Simmons is forthright about his desire to represent Australia going forward, the seven-foot sized commitment Bogut showed is yet to be seen. More, he has an air of nonchalance off the court that, for now, may not appeal to other sporting codes.

Until it does, Australian basketball needs a leader, a compeller; someone among all this talent to draw people to the game. Patty Mills is an excellent choice but likely only has one more Olympic run in him.

Bogut would have gone some way to filling that role at next year’s Games. But now he’s gone, and whether you loved him or hated him, Australian basketball has a void to fill.