Will the Warriors get their revenge against the Clippers?

With the 2020-21 NBA season now well up and running, these are my tips ahead of this weekend’s action.

Detroit Pistons vs Phoenix Suns
The Detroit Pistons will come into this game with the worst record in the NBA after their loss to the Bucks. Despite the returns of Josh Jackson and Derrick Rose, it won’t be enough for Detroit to pull off an upset. Phoenix are looking hot to start the season, currently 6-2 and the No. 1 seed in the Western Conference.

New York Knicks vs Oklahoma City Thunder
The Oklahoma City Thunder continue on the road to play their third of four away games. They will be up against a tough Knicks team who are having a great start the season at 5-3. Some people from the NBA universe – me included – are actually considering New York legit playoff contenders this year. If someone heard you say that before the start of the season, you’d probably be recommended to a doctor.

I expect the Knicks to keep rolling against the Thunder, who have had a really shaky start to the season.

Boston Celtics vs Washington Wizards
The Wizards will enter this game looking to defeat the Celtics in their fourth and final game on the road before heading back to the nation’s capital. Bradley Beal is coming off a career-high score of 60 points against the 76ers on Thursday – though this was somehow not enough to get the Wizards over the line. Washington have been playing some championship-calibre basketball in small patches during their recent games but have not been able to close out matches, leading them to a 2-6 record.

Boston Celtics, on the other hand, have shown that there’s no problem with no Kemba Walker. They have been able to succeed in games with their 22-year-old All-Star Jason Tatum, who has shined with 26.3 points per game, the eighth-highest average in points per game this season, along with 7.3 rebounds per game.

If the Wizards can play great all-round defence and offence, you can expect this game to go down to the wire. However, if they cannot execute, expect a blowout win for the Celtics. I’m going with the Celtics in this game.

New Orleans Pelicans vs Charlotte Hornets
The Hornets have been extremely competitive in most of their matches, but their 3-5 record doesn’t really show that. Former Jazz and Celtics veteran Gordan Hayward has looked superb to start the season, and he had a matchwinning 44-point game last match against the Hawks. He also has a great season average so far of 21.5 points.

The Pelicans are looking quite the same as the Hornets, as they have been incredibly competitive, though their record is slightly better at 4-4. In their last game, they missed a game-winning shot against the Thunder, which was just one example of how competitive they been in each of their games.

The Pelicans will have enough to get the job done, as Zion Williamson has been firing lately, with 21.4 points per game this season to go along with an average of 8.1 rebounds.

Golden State Warriors vs Los Angeles Clippers
This looks like the game of the day – two sides that have had more or less comfortable starts to the season. Nothing horrible has happened to the Clippers other than the blowout loss to the Mavericks. This is the second of a two-game mini-series between the two sides. The first was won by the Clippers in a seven-point triumph. You can expect a full performance by Stephen Curry, as he scored only 13 points with a poor field goal percentage of 29.4 per cent and 16.7 per cent from behind the ark. LA come into this game tied with Phoenix and Lakers in wins this season – all three teams are at the top of the Western Conference with six wins.

I think Stephen Curry will come out and redeem himself after a poor game against the Clippers last match and pull off a win. 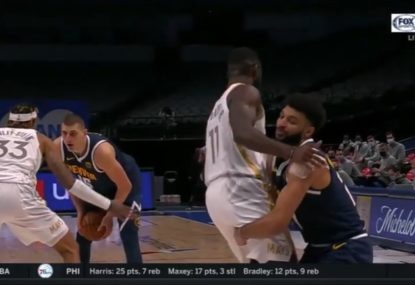