India vs England: Highlights from the first two Test matches

Congratulations to England and India for putting on a good show in Chennai over the past two weeks.

The series stands beautifully at one Test apiece, with two more to go.

The suspense of discovering who’ll be the second finalist of the World Test Championships will have to wait until the close of the fourth Test in Ahmedabad.

In the meantime, what were the highlights from the two weeks in Chennai?

Ageless James Anderson
There was a time between 2010 and 2014 when I felt that Jimmy Anderson had the ball on a string. He would land it wherever he wanted, swing it both ways and toy with the batsman.

That batsman could even be a great like Sachin Tendulkar. Jimmy was at the peak of his powers during that period, winning matches for England, home-and-away. A few years down the line, injuries and age looked like they had taken the sheen off Jimmy. 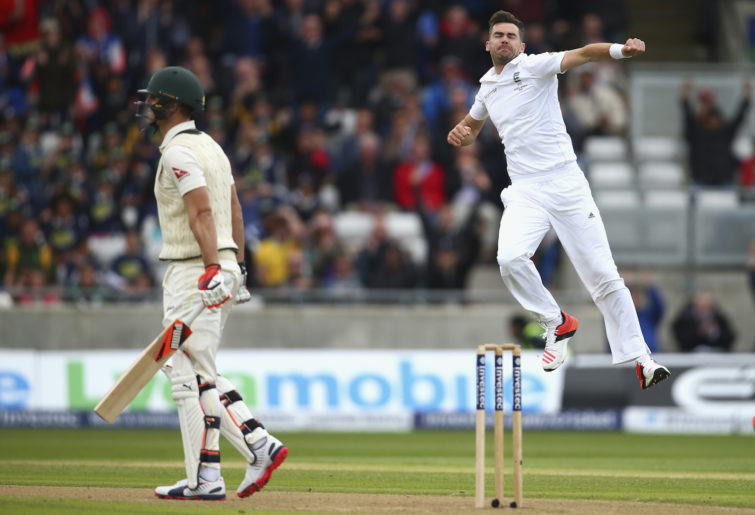 On day five of the first Test, I saw that old Jimmy Anderson with his hands covering the ball and running in to reverse swing it. He was back to his best of toying with the batsmen.

Anderson delivered two telling blows, bowled and bowled, to pull the heart out of the Indian batting order.

The last time two such deliveries killed India was produced by Shoaib Akhtar, way back in 1999.

England has been at the receiving end of such magic as well. Who can forget the twin strikes of Wasim Akram in the 1992 World Cup finals?

All-round show by Ashwin
Ravichandran Ashwin is one of those brilliant cricketers who has spent most of their careers answering unfair questions from the naysayers. At times, I felt that Ashwin was feeling pressured to keep answering back with every performance.

The recently-concluded Border-Gavaskar Trophy was one such instance in which Ashwin had to prove his foreign soil expertise. That he passed with flying colours is brilliant news for his supporters across the cricketing world.

The batting performance in the second innings of the second Test in the ongoing India versus England series is the most remarkable example of how big a performer he is for this Indian team. Ashwin even managed to overshadow the peerless Virat Kohli during their partnership in this innings.

On a pitch where the ball was turning and jumping, Ashwin barely played a false stroke. He swept, reverse swept and drove the ball like he was playing on the pitch that lay a few feet to the side. On either side of this marvellous innings, he proved that he could bowl too.

Imperious century by Rohit Sharma
In limited overs internationals, when Rohit Sharma gets going, he mostly ends up scoring the lion’s share of the team’s total.

In the second Test in Chennai, Rohit scored nearly 50 per cent of his side’s first innings total. It is one of the very few instances (if not the first time) that Rohit has scored such a large percentage of the team’s innings score in the Test arena.

On a pitch that turned and bounced from the first hour, Rohit played his shots and scored at a fast clip.

When he got to his hundred, he had scored about 70 per cent of the team’s total to that point. The command over his sweep and paddle shots was the highlight of this innings.

Rohit set up the Indian team’s win with his brilliant 161, enabling the home side to score 329 runs in the first innings.

Even during Ganguly’s time, Murali Kartik won the Mumbai Test in 2004 against the Aussies, firing in his left arm darts and turning it sharply. On the other side of the same match, Michael Clarke, a lefty orthodox, got a seven-for running through the Indian innings.

The utility of a left-arm orthodox bowler on turning tracks was proved once again by Jack Leach and Axar Patel during the two Test matches at Chepauk.

When the pitch started to crumble on days four and five of the first Test match, Jack Leach was tough to play. So was Axar from the start of the second Test.

Jack Leach, with his high-arm action, bowled the ‘heavy’ ball with over spin that gripped, spun and bounced. Whereas, Axar bowled with a round arm firing the ball into the batsman and letting the pitch do its trick.

Despite differing in technique, both of them were a treat to watch in Chennai.

The caravan now moves to Ahmedabad, where the teams will play in the brand new Motera Stadium, the first one is a day-night fixture with the pink ball.

One can’t wait for this Motera stadium leg of the series to start.

A spot in the WTC Finals is up for grabs. 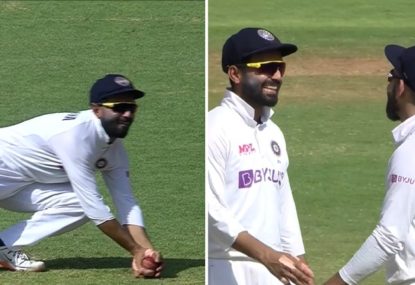 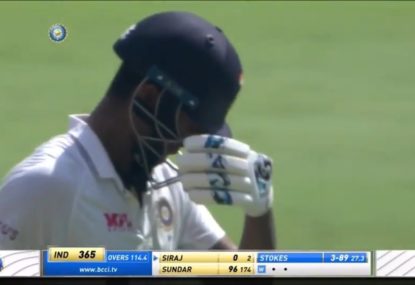