Thisara Perera, who recently announced his retirement from international cricket, finished his ODI career with 2338 runs and 175 wickets.

The Sri Lankan all-rounder scored his first and only ODI century in 2018-19, which made him the sixth player to have recorded a hat-trick as well a hundred in men’s ODI cricket.

On that note, here is a look at the select list of players who have achieved this ‘double’.

Chetan Sharma (India)
Sharma was the first man to take a World Cup hat-trick, against New Zealand at Nagpur in the 1987 edition. The fast bowler scalped Ken Rutherford, Ian Smith and Ewen Chatfield off successive balls – all of them bowled – to reduce the score from 182/5 to 182/8 and help restrict the Kiwis to 221/9.

He shared the man of the match award with Sunil Gavaskar, who scored his only ODI century in India’s nine-wicket win.

In 1989-90, a six-team World Series for the Nehru Cup was held to celebrate the birth centenary of Jawaharlal Nehru, India’s first prime minister.

England posted a competitive 255/7 in their league match against India at Kanpur. With India at 65/2, Sharma (who had an ODI best of 38*), came in as a pinch hitter and went on to strike an unbeaten 101 from just 96 balls, hitting the four that sealed a six-wicket win.

Kapil Dev (India)
India faced a must-win situation in their 1983 World Cup group match against Zimbabwe at Tunbridge Wells. When captain Kapil came in, the score was a dire 9/4. It further fell to 17/5, and later became 140/8.

But Kapil found an ally in Syed Kirmani, and played arguably the greatest ODI innings, finishing on 175* in 138 balls – India’s first ODI ton – to power the total to 266/8. India won by 31 runs and marched on to win the title.

In 1990-91, Kapil joined his countryman and Haryana teammate Sharma in this list. With Sri Lanka at 175/4 and trying to accelerate in the Asia Cup final at Calcutta, Kapil had Roshan Mahanama caught behind off the last ball of the over.

The first two balls of his next over saw him dismiss Sanath Jayasuriya and Rumesh Ratnayake as well. Chasing a modest 205, India secured a convincing seven-wicket victory.

Andrew Flintoff (England)
Flintoff scored three ODI hundreds, all of which came within a span of six matches in the home summer of 2004. The first two were in losing causes in consecutive matches during the NatWest tri-series – 104 against New Zealand at Bristol and 123 against the West Indies at Lord’s.

Later in the season, he scored 104 against Sri Lanka at Southampton in the Champions Trophy as England won a rain-hit fixture by 49 runs. 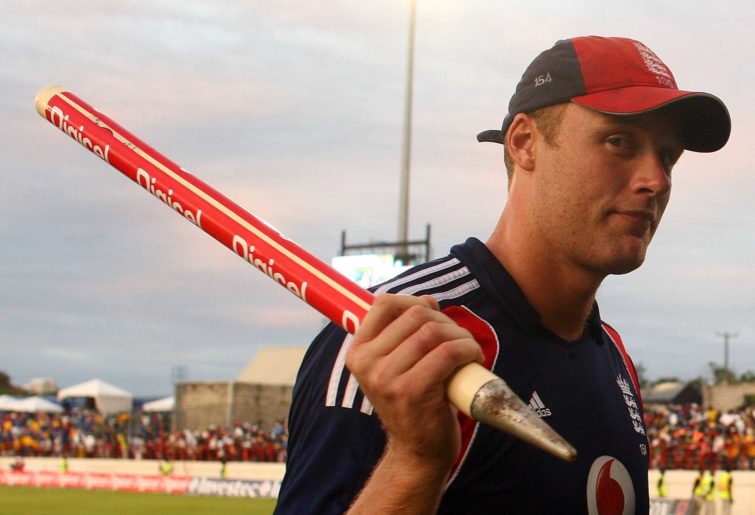 Having lost the Test series in the West Indies in 2008-09, England aimed for revival in the ODIs. The scoreline read 2-2 ahead of the decider at Gros Islet, a rain-reduced 29-over affair.

Set 173, the Windies needed 33 in 15 balls with four wickets left when Flintoff (5/19) made Denesh Ramdin, Ravi Rampaul and Sulieman Benn his hat-trick victims. England’s 26-run win gave them their first ODI series success in the Caribbean.

Jean-Paul Duminy (South Africa)
The first of Duminy’s four ODI centuries was 111* against Zimbabwe at Centurion in 2009-10. A year later, he scored 129 against the same opposition at Benoni.

Further, he achieved his career-best of 150* against the Netherlands at Amstelveen in 2013. The 2015 World Cup saw him continue his liking for Zimbabwean bowling, with his 115* playing a pivotal part in South Africa’s 62-run win at Hamilton.

The first quarter-final of the same tournament, between South Africa and Sri Lanka at Sydney, was notable for Duminy’s hat-trick, the ninth such instance at the World Cup. This made him the first player to notch the ‘double’ at the World Cup.

His part-time off-spin accounted for Angelo Mathews, Nuwan Kulasekara and Tharindu Kaushal, giving him figures of 3/29. Sri Lanka crumbled for 133 and hurtled to a nine-wicket defeat.

James Faulkner (Australia)
Australia’s seven-match series in India in 2013-14 was locked at 2-2 coming into the final ODI at Bangalore. After Rohit Sharma hammered 209 to steer India to 383/6, Australia wobbled to 211/8 in 30 overs. But Faulkner, batting at number seven, raced to a hundred in just 57 balls, then the fastest by an Australian.

In 2016, Faulkner became the sixth Australian to claim an ODI hat-trick.

The scene was the Premadasa Stadium in Colombo, in the second of five matches. Having taken a match-winning 4/38 in the first game, he continued his good form by dismissing Kusal Perera, Angelo Mathews and Thisara Perera in succession at the death to finish with 3/45. But a target of 289 proved too much, and Australia went down by 82 runs.

Thisara Perera (Sri Lanka)
In 2012, the Premadasa saw a hat-trick by a bowler from the home side. With the five-match series level at 1-1, Sri Lanka set Pakistan a target of 244 in this fourth match.

The score was 176/4 in the 41st over when Perera (4/42) had Younis Khan caught behind. Off the next ball, the medium-fast bowler netted Shahid Afridi, before completing the sequence with the wicket of Sarfaraz Ahmed. Pakistan were bowled out for 199.

Perera’s only ODI hundred was one of the most sensational innings. In the second ODI of a three-match series at Mount Maunganui in 2018-19, Sri Lanka crashed to 128/7 in pursuit of 320.

But number seven Perera rallied with the tail, and gave a massive scare to the hosts during his 140 from just 74 balls, with eight fours and 13 sixes. The left-hander was last out at 298 with 22 balls still left, ensuring a series win for New Zealand.