Where's Klemmer and why Cleary: Two of my greatest gripes ahead of Origin

State of Origin is a wonderful time of year, presenting an opportunity for most footy fans south of the Tweed to be disappointed by a completely different team than the one we cheer for week-in, week-out – and, as they say, change is as good as a holiday.

But change can also be scary and upsetting, so I’m here to offer a bit of comfort by way of consistency.

In the last few years, I’ve had two pretty major issues come interstate-series time and – would you believe it – they’ve both reared their head again ahead of the opening match of 2021.

So here are two of my greatest hits for Origin, digitally remastered with the latest facts and figures.

Nathan Cleary isn’t unproven at this level, he just isn’t up to it
It was somewhat lost in the commotion of the ‘worst Queensland team in history’ securing the 2020 series just who won the Brad Fittler Medal.

I mean, it’s a pretty hollow piece of silverware to receive when you’ve seen Daly Cherry-Evans hoist the major trophy.

Nonetheless, I was stunned – stunned – that Nathan Cleary was declared NSW’s best player.

Credit where credit’s due, he had an absolute blinder in Game 2, but was largely absent in the two matches his team lost.

It can be tough to name the best player in a losing side, but somehow the Blues brains trust decided it was Cleary – their halfback and vice-captain who had one good game out of three, and who failed to demand the ball and win the series after the actual skipper, James Tedesco, was ruled out midway through the decider.

In a nutshell, Cleary didn’t do his job. Yet he was the team’s best player over three matches?

For the record, with 424 total metres at an average of 141 per game and 224 post-contact – both the most of any forward in the 2020 Origin series – as well as four tackle breaks, prop Daniel Saifiti absolutely did his job and deserved the gong.

Heading into last year’s Game 2, in a piece titled “Nathan Cleary’s protected status in the NSW side has become embarrassing”, I highlighted those famous stats that we Cleary knockers loved to wheel out: “the Blues’ halfback has a grand total of zero tries, zero try assists, zero line breaks and zero line-break assists”, along with the fact his defence in the Origin arena was suspect at best, with an average of 2.83 missed tackles per game.

He proceeded to shut me up with a match for the ages, but a week’s a long time in footy.

So do you know what his stats are in those critical areas for a halfback after three series and eight games? Zero tries, one try assist, one line break, two line-break assists, and 25 missed tackles.

He’s 1-7 for quality games in the Origin arena, yet there were calls heading into this series for Cleary to be made sole captain of his state. It’s madness.

Nathan Cleary has been the form halfback of the NRL for the past two seasons, but he is not good at Origin football. There, I said it.

Maybe, with basically half his club lining up alongside him, he’ll finally play the series we’ve been waiting years to see from him. Regardless, he’ll be here again next year anyway.

I’d say a lack of quality alternatives will keep Cleary being picked time after time, but the truth lies closer to the fact Brad Fittler seemingly has favourites – which brings me to my next point.

Can you tell us what David Klemmer did wrong, Brad?
Big Klem is done in the Origin arena.

We knew he was in strife when he was dropped-not-dropped in 2019 but the end of his playing days were confirmed last year, when the big man played no part in the interstate series.

As for why, well it’s not because of his stats.

Questioning his omission in a piece last year, I noted “his 1531 post-contact metres are the most in the comp, his 45 offloads are good for second, while his 3626 run metres are fifth-most… hard evidence that, as far as props go, Klemmer is still among the truly elite in the competition.”

While there is a narrative that Klemmer has been disappointing in a Newcastle team that haven’t matched the attitude of 2021 this season, his numbers continue to be in the very top echelon.

From 200 runs in 12 games this season, Klemmer has made 2017 metres – good for an average of 168.1 per game – with 788 being post-contact. There is only one forward ahead on those stats across the entire NRL, Kiwi James Fisher-Harris.

Klemmer continues to punch out huge numbers in the departments that count for prop forwards, with daylight second among his peers for NSW, yet at 27 he’s seemingly finished as a rep player.

The story goes that when recalled for the aforementioned 2019 series, the firebrand came into camp with a chip on his shoulder – a claim Klemmer denies.

“I came in there with the right attitude and I trained hard like I always do,” he wrote for the Newcastle Herald last October.

“Yeah, I was disappointed to miss out initially for Game 3 after being forced out of Game 2 with my wrist injury but when I got called up, I went into camp to train hard and do a job for the Blues. That was my only focus. To lead from the front for the Blues in the decider.”

For his part, Fittler blamed Klemmer’s omission on the form of – of, not for – his club.

“I think Newcastle in general, the last couple of years, have faded at the back end of the year,” Fittler said. 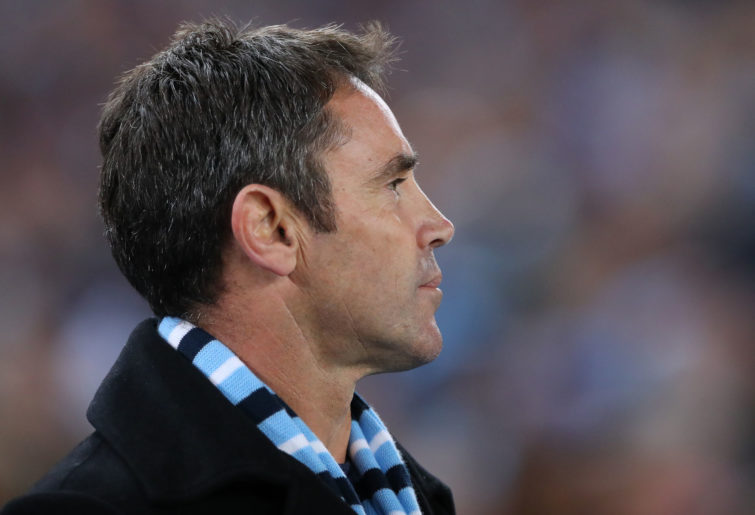 “Given the Origin series was at the back end of the year this year, we decided to go another way.

“It’s just about now Newcastle going to that next level.”

Fair enough Brad, but you do realise Daniel Saifiti also plays for Newcastle, right? And you did see that Brisbane came dead last, with just one win after the COVID break, yet Payne Haas was picked.

I noticed Jake Trbojevic got a run, despite Manly winning one of their final nine games of the year to finish 13th. Tyson Frizell got a guernsey too, playing in a St George Illawarra side that finished the season winning three of their last ten games.

The Knights faded, sure, but they were a sight better than the Broncos, Sea Eagles and Dragons – both across the year as a whole, as evidenced by the fact they played finals footy, but also in the last few months as they won five of their last ten.

So my question is: what’s really going on?

I suppose with Klemmer copping a two-game suspension for his 79th-minute hit on Jake’s baby brother, this is all hypothetical anyway.

But I am still curious as to what David Klemmer actually did to see him go from being the first prop named for NSW and Australia to seemingly being forcibly retired from the rep arena.