As the European transfer merry-go-round is gathering full steam, a transfer completed for a massive fee has gone under the radar.

Paris Saint-Germain have confirmed the signing of Achraf Hakimi from Inter Milan on a five-year contract for upwards of £70 million (A$129 million).

Hakimi was quoted as saying upon his announcement:

“I feel a great sense of pride today. After Spain, Germany and Italy, Paris Saint-Germain offers me the chance to discover a new championship with one of the most prestigious clubs in the world.

“I can’t wait to meet my new teammates, the fans and experience the incredible colour and passion inside the Parc des Princes.

“I share the same big ambitions as the coaching staff and my teammates and will do everything I can to deliver what is expected of me.”

The Morocco international joins after winning the Scudetto last season with Inter Milan, who, due to crippling financial difficulties caused by the effects of COVID, have been reluctantly selling off players from their all conquering team to raise funds.

The right-back played a key role in helping Inter claim their first league title in 11 years, contributing seven goals and 11 assists in Serie A.

Hakimi was without a doubt the best right-back in Europe last season. His performances drew a host of admirers from the continent’s elite and even though Chelsea made a last-ditch play for his services – but the riches of the French capital proved too hard to resist.

For anyone unfamiliar with Achraf Hakimi, he has big club pedigree already – boasting Real Madrid and Borussia Dortmund on his trophy-littered CV before the age of 22.

Although primarily a right-back, Hakimi can play as a winger or even a wing-back with his ability to run up and down the flanks one of his strongest points.

Pacy forwards who have managed to time their runs and break through defensive lines have been shocked to see the lightning recovery speed of Hakimi, who still boasts the fastest sprint speed of any player in Bundesliga history as one of his many personal accolades.

The arrival of a player for such a large fee in a time when the big clubs have been frugal with their spending due to COVID will have alarm bells ringing for football’s biggest administrators. 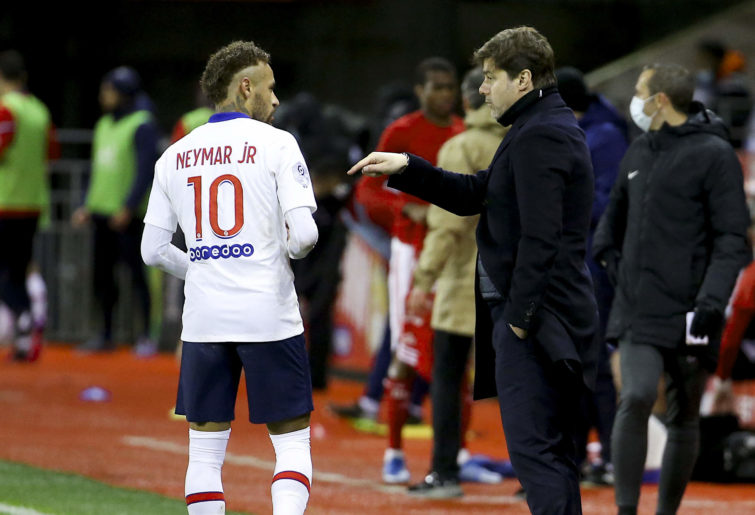 UEFA rules mandate that clubs cannot spend more than they earn in any given season and deficits must fall within a €30 million ($A47 million) limit over three seasons – PSG have consistently been accused by rival clubs and fans over the years of bending these rules.

In 2017, they were charged with breaking the Financial Fair Play rules with the obscene money they paid for Neymar and Kylian Mbappe.

The club was surprisingly cleared of breaking FFP rules, but a few months later UEFA announced it was reopening the investigation before the Court of Arbitration stepped in and found Paris Saint-Germain had done nothing wrong.

The defender will become the latest new recruit at PSG after they signed Dutch international Georginio Wijnaldum on a free transfer from Liverpool, and they are also set to complete the signing of Italy goalkeeper Gianluigi Donnarumma from AC Milan and Sergio Ramos from Real Madrid.

Paris Saint-Germain is starting to resemble a squad that many fans make using Ultimate Team on FIFA – this is a team that has star players in every position.

If PSG can keep the egos of the established superstars like Neymar and Mbappe in check with those of the star new arrivals, they should comfortably wrestle back Ligue 1 from Lille and make a real assault on the Champions League – especially now that their problematic right-hand side has been fixed by Achraf Hakimi.