I was taken aback that when watching their home games, I was greeted with shots that had service stations in the background.

The sight of NPL-level crowds was another fun aspect of watching United games.

This club probably should never have been granted an A-League license.

Despite their relatively successful on-field showings in their first two campaigns, their nomadic existence, player turnover and complete lack of stability has many A-League fans worried about their future.

But I digress. The fact remains that Western are an A-League club, and they are here to stay.

It’s not been all bad – like I said, a semi-final appearance in the Bankwest Stadium bubble in their inaugural campaign was pretty impressive. And with the addition of Macarthur, the league now has six fixtures per round to sell to broadcasters.

However, the almost monolithic elephant in the room is their stadium situation. Frankly, it’s embarrassing that we have got to this point without even a sod-turning ceremony.

Apologists might point to the economic impacts of COVID and bureaucracy – planning approvals and the like – to rationalise the grim state of affairs.

The point could be made that it is not easy to build a football club from scratch, nor is it easy to convince your local council to allow you to build a granny flat in the backyard, let alone a football ground, and I take that point.

But what I know is when you make certain promises as a club, you have to follow through on them.

I was concerned about this situation even pre-COVID. Just think how long ago that was – back when we took having a beer with mates for granted, back when you could exercise in a group of three.

The latest report I was able to find on the state of the new Tarneit ground mentions construction on the ground is scheduled to be completed in “May, 2023”.

May, 2023. Western United’s shiny new home – the first of its kind in this wonderful league of ours – will finally be completed three-and-a-half years after their first A-League game.

And that’s the best case scenario.

Now, assuming that information is accurate, has the original capacity been reduced by two thirds, or will United boast one of the largest secondary stadiums in world football?

If that is what a club like Manchester City boasts as a secondary stadium, is it reasonable to assume that Western are going ahead with their original 15,000-capacity main ground, and a 5000-capacity secondary facility?

Admittedly, I haven’t seen it reported that the new stadium will be reduced to just 5000 seats, but I’d be lying if I said anything about this disastrous state of play makes me feel the least bit assured that there is light at the end of the tunnel. 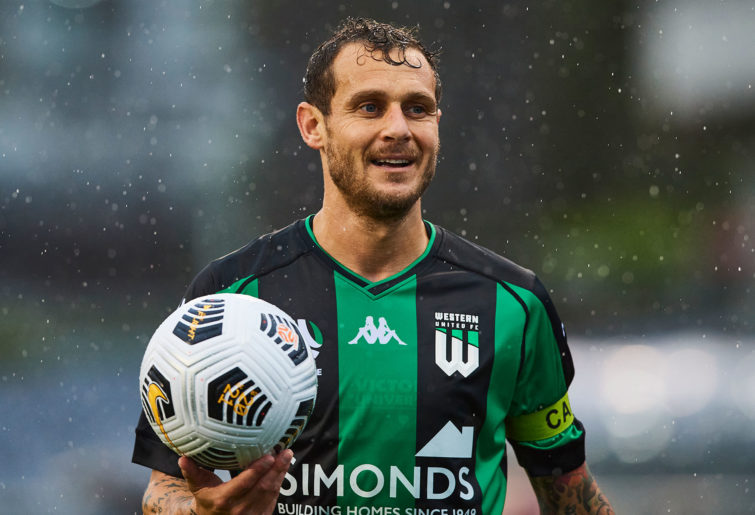 The World Game (RIP, old friend) reported in February that the facility will feature a 5000-seat training pitch, but how much can we trust any report on this situation, let alone one that is six months old?

I concede that is two sources with the same information, but I find it very difficult not being sceptical about the veracity of the reports.

Even if the project is delivered by the expected date, what will the club’s fanbase look like in one-and-a-half years’ time?

I really hope for a positive outcome for Western United and their fans, but I’m not holding my breath.

The club have talked the talk with a great deal of ambition and confidence. It is surely now time for them to walk the walk.