In my follow-up piece from Mohammed Siraj’s rise to Test cricket, I will delve into the times Hyderabad cricketers have stepped up to the plate to help India win Tests versus Australia.

Nandlal Shivlal Yadav
A right-arm off spinner, Yadav was under huge pressure to deliver for India as he was coming into the Indian side after their legendary Test spin quartet were breaking up.

In the third Test between India and Australia at Kanpur in 1979, Australia required 279 for victory. Alongside Kapil Dev (4-30), Yadav ripped apart the Australian line-up, dismissing Allan Border en route to the Indians winning by 153 runs and figures of 4-35.

In the sixth Test of the 1979 series at Wankhede Stadium in Mumbai, Yadav ran through the Australian line-up again after the Indians declared at 8-458, dismissing Graham Yallop, Allan Border, Rick Darling and Peter Sleep as Australia fell to 160 all out.

Mohammad Azharuddin
Indian cricket will probably never find a more polarising figure than Azharuddin. Many said his wrists were the best the game has ever seen. Although Sachin Tendulkar was a big reason why India won the first Test of the 1997-98 Border-Gavaskar Trophy, Azharuddin played a helpful role in the second innings for India.

Coming out to bat at number five, Azharuddin counter-attacked alongside Tendulkar en route to an 89-ball 64 as he declared soon after his dismissal with India leading by 347 runs with time on India’s side. His state teammate Venkatapathy Raju and superstar Anil Kumble ran riot with India winning by 179 runs.

In the following Test in Kolkata, VVS Laxman scored a blistering 95 before Azharuddin and his wrists plummeted Shane Warne and co to 163 not out – his second Test century versus Australia and his highest score against the Aussies.

The Indian skipper’s ton ensured India declared at 4-633, a first-innings lead of 400 runs before India won by an innings and 219 runs. Although Azharuddin’s twilight of his career was marred by fixing allegations, the 1997-98 Border-Gavaskar Trophy series win was one he cherished as skipper.

VVS Laxman
The warning signs were there for Australia after Laxman scored 167 at the SCG in January 2000 while the rest of the Indian batting faltered. A year later, Laxman scored an emphatic 281, which led to an incredible comeback victory for India at Eden Gardens in 2001.

But his knocks in the third Test in Chennai often goes under the radar. After scoring a half century in the first innings, Laxman scored 66 off 82 deliveries to help India chase down 155 by two wickets on a wearing Chennai pitch. India won the 2001 Border-Gavaskar Trophy 2-1. 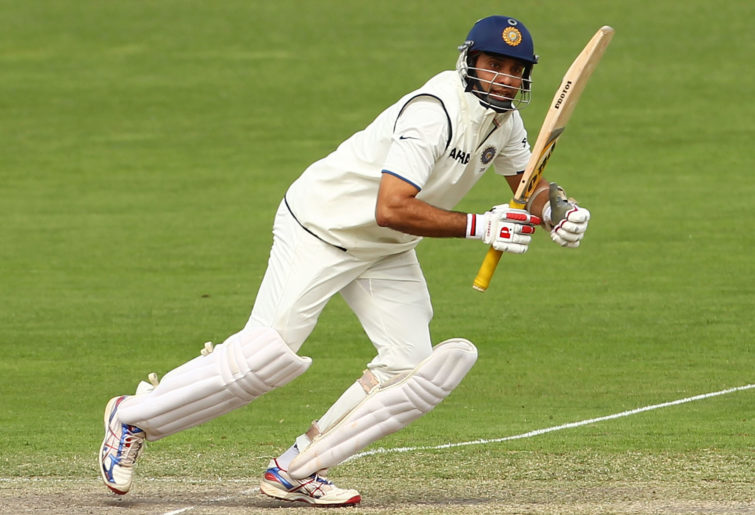 Laxman paired with Rahul Dravid (233) at the Adelaide Oval two years later, taking the Indians from 4-85 to 523 all out with Laxman scoring 148 in response to Australia’s first-innings total of 556.

Although the eventual Indian win was not as big as the one from Eden Gardens 2001, it was still a monumental comeback to win after being so behind in the game.

In a dead rubber a year later in Mumbai, Laxman scored 69 in the fourth Test on a rank turner as India set a target of 107. Australia lost by 13 runs, but returned home with the Border-Gavaskar Trophy in their hands.

In India’s famous Test win at the WACA in 2008, Laxman scored 79 to help the Indians set a target of 414. Despite the ageing reflexes, Laxman threw one last punch at Australia.

Set a target of 216 in the first Test at Mohali during the 2010 Border-Gavaskar Trophy, an injured Laxman came in with India 5-76. Laxman counter-attacked but he was running out of partners as India fell to 8-124.

Alongside Ishant Sharma (31), the pair put on 81 for the ninth wicket before Sharma was adjudged LBW. Number 11 Pragyan Ojha scored the winning runs for India, but Laxman’s 73 not out in just 79 balls ensured India pulled off a thrilling win even while he was injured.

Throughout his career, VVS Laxman upped his game against Australia and so when he announced his retirement, it must have caused a sigh of relief in the minds of Steve Waugh and Ricky Ponting.

Pragyan Ojha
Although Ojha was born in Odisha, he moved to Hyderabad in his early teens and played for Hyderabad for over 12 seasons. A left-arm spinner who attacked the stumps relentlessly, Ojha had always won a Test against Australia.

Ojha played two more Tests against Australia in 2013 in Mohali and Delhi, with both being one-sided affairs as India won the series 4-0.

Mohammed Siraj
Newcomer Mohammed Siraj continued the trend of Hyderabad cricketers performing against Australia. Siraj was outstanding on his debut at the MCG, having to become India’s second pacer after Umesh Yadav was injured midway through the second Test.

He seemed right at home, picking up five wickets as India won by eight wickets. With India’s frontline pacers all out injured for the final Test at the Gabba, Siraj took 5-73 to ensure India chased less than 350. And well, the rest was history as the Gabbatoir was breached for the first time in over 30 years.

Perhaps he was just surprised to fall to someone other than Ajaz Patel!