On a weekend when the world was fixated on a certain Portuguese prince’s return to Manchester, there was an even more stunning comeback story.

Quade Cooper, brought back into the Wallabies’ fold, was immaculate over 80 minutes even before his match-winning penalty goal against South Africa at Cbus Super Stadium on the Gold Coast.

But even so, what a moment.

Cooper has spoken in James O’Connor-like tones about his transformation over the past few years, both mental and physical. Before and after the match he kept hammering home the point: there’s more to life than rugby. We are more than what we do.

Gone was the erratic, troubled soul who we thought was lost to Australian rugby forever, being deemed persona non grata at both Super Rugby and international level.

Yet the zen-like authority he displayed on his barely believable comeback – he hadn’t played a game in months, let alone a full international Test – the Wallabies badly needed against the world champion Springboks. 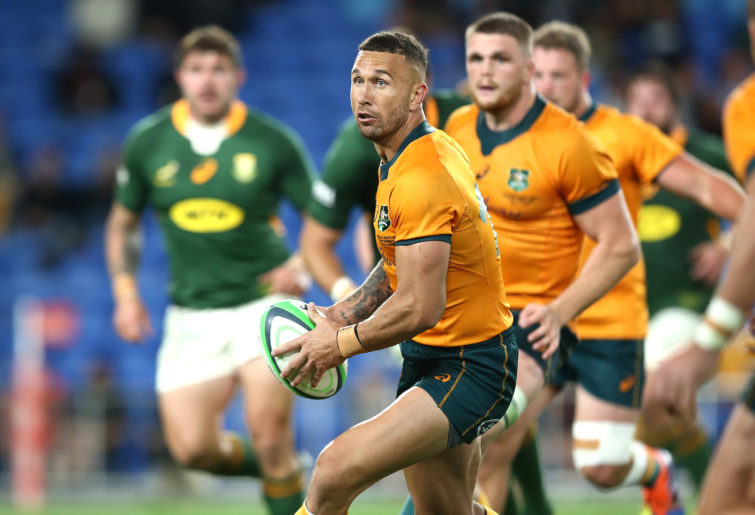 Make no mistake: for all the gripes about their playing style, their lack of Tests since they triumphed in Japan, and the erratic outbursts of coach Rassie Erasmus, this is an elite side that has a legitimate claim to be recognised as the world’s best.

Much is justifiably made of their ferocity at set-piece time and the lethal kicking game of Handre Pollard and Faf de Klerk. Indeed their three tries were textbook rolling mauls that the Wallabies were helpless to stop: proof that you do not let the South Africans have five-metre lineouts at any time.

Yet when his teammates threatened to lose their heads – Folau Fainga’a and Lachlan Swinton were particularly negligent – Cooper was an ocean of calm. He took on the line when he needed to, he kicked intelligently, he slotted crucial penalties, and he varied his passing.

In short, he did exactly what Noah Lolesio failed to do in the Bledisloe series.

The contrast could not have been starker. Here was Australia playing with an authentic, visionary playmaker who did not panic under pressure. I shudder to think how Lolesio would have reacted under the high ball or with that awe-inspiring pack charging at him.

This isn’t to say he won’t be a great player, but he was monstered by the All Blacks. Dave Rennie was right to take him out of the line of fire and his play will be served well by studying this Cooper performance. 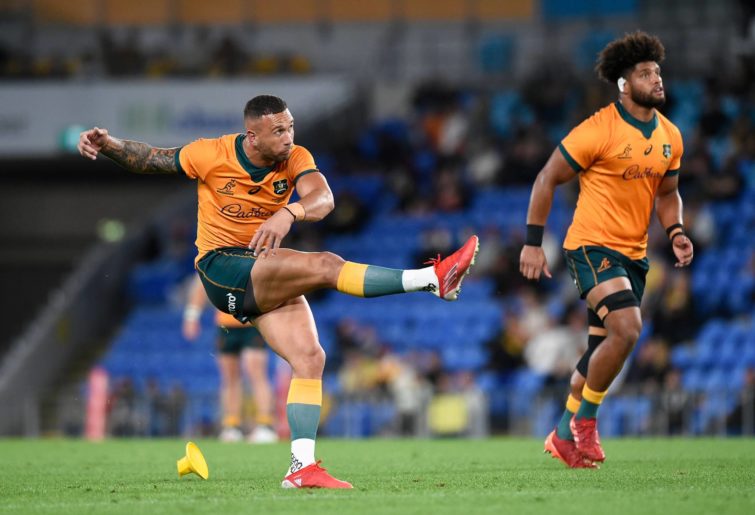 Because there was little of the razzle dazzle. The much-celebrated step sneaked out here and there, but the beauty was Cooper’s simplicity and the way he adapted to the strengths of the team around him.

Armed with the raw running power of Marika Koroibete and Samu Kerevi around him and the busy intelligence of Tate McDermott and Nic White in front, Cooper knew he didn’t have to do it all himself. He steered the ship and did the simple things well.

Of course, the forwards deserve a mention for their sterling work against that huge South African pack, winning multiple scrum penalties against the feed. Particularly after the last three weeks against New Zealand, it felt like a triumph of coaching and focus by Rennie and his team, culminating in that desperate shove for Nic White to pounce on the ball in the dying seconds.

It was fitting that Cooper took responsibility for the ensuing penalty, when the scores were at 25-26. Winning this game would infuse Australian rugby with hope that it still matches up to the world’s best. That we are not defined by ongoing drubbings by the All Blacks or organisational dysfunction. That our poor developmental pathway for young players and chronic skills deficit are not insurmountable.

Yet losing would have all but extinguished the sense of renewal from Rennie’s appointment last year. For all the work he has done to change the culture of the Wallabies, performances have been underwhelming at best since the 16-16 draw with New Zealand in Wellington.

Lose here and hopelessness would begin to seep through: are we ever going to compete again?

So it was only right that Rennie’s Hail Mary solution, the most beguiling Australian rugby talent of the last decade, would light the spark. And as he stepped up to bang the ball straight down the middle, you could feel something.

And long may this unexpected renaissance continue. 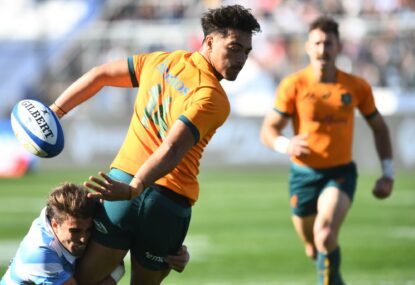 48-17. Yep, you read that right - 48-17. There's nothing that sums up the Wallabies' dire performance against a turbo-charged Argentina better than the…