And the knives for David Teague began to be sharpened as another season threatened to derail early and another Blues coach was looking over his shoulder.

The Blues had gone to the trade period with cash and targets, luring Adam Saad out of the Hangar and Lachie Fogarty from down the M1, while attracting Zac Williams from GWS in free agency.

However, in a brief draft with the requirement to only pick one player, Carton spent most of their picks in the trade period and only had enough left to get a pair of late second-rounders who barely contributed.

April started much more brightly for the Blues, then ended much like March had, before some promising results had them approaching the top eight and then spiralling in their customary fashion to end the season in the bottom six. 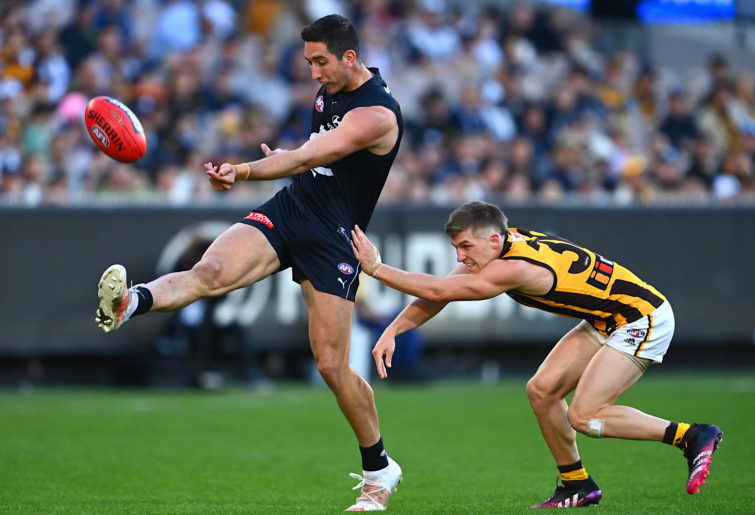 In a nutshell, they beat most of the teams they were supposed to beat, but they lost everything against the teams they needed to challenge and then lost games they had no right to lose.

In fact, Carlton lost games to the bottom three teams, and lost nine games out of ten to the eventual top eight teams, with that sole win coming against Essendon when they were hot garbage and I was about to stick a fork in them.

At this stage in the life cycle of the Blues’ list, it is easy to see the potential with Jacob Weitering and Harry McKay at either end and Sam Walsh coming into the midfield to assist Paddy Cripps, plus a slew of recent recruits from other clubs.

After underachieving yet again, the Blues pushed all but one of their chips into the middle and went to the trade period, yet again, to find some solutions to their shortcomings.

But not before firing the coach.

Before we go there, let’s have a look at the 2021 recruitment haul.

Who’s gone?
The recent retirements of Kade Simpson, Dale Thomas, Eddie Betts, Matthew Kreuzer and Marc Murphy leave a massive hole in the club’s experience and culture, while the unexpected retirement of Liam Jones hurts the most.

The Blues also delisted Levi Casboult, Michael Gibbons and Sam Ramsay, in a move that brings their median age down to a touch over 23, although that may go down if the Blues recruit another teenager in the 2022 supplemental selection period.

Supplemental selection period
Carlton had invited a group of delisted and undrafted free agents to join them in training camp, eventually plugging up a deficiency in their defensive talls by throwing a lifeline to ex-Demon Oscar McDonald.

Mid-season rookie draft
Having suffered long-term injuries to Sam Philp, David Cuningham and Caleb Marchbank, the Blues went in with three picks, taking their own VFL project ruck Alex Mirkov and Footscray’s Jordan Boyd, then passing on the third pick.

Trade
Carlton’s whole trade strategy revolved around getting Fremantle to give up Adam Cerra, but the Dockers played a straight bat and extracted pick six and a future third-rounder. 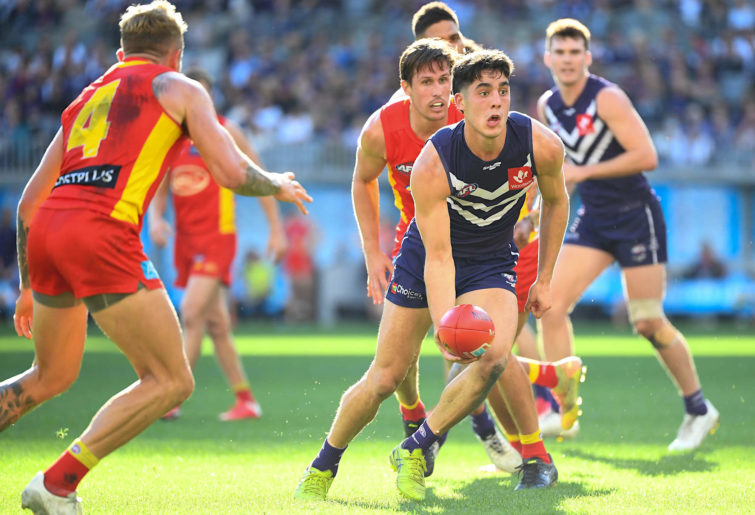 Wantaway Sam Petrevski-Seton chose West Coast as his preferred destination. Carlton wanted a player instead of a pick, so they went in a three-way trade with the Bulldogs that saw Lewis Young come to the Blues and pick 52 go towards the Sam Darcy war chest.

George Hewett was always going to be too expensive for Sydney to keep and they let him walk knowing that his hefty salary would land them a decent compensation pick, while the Blues got their defensive mid.

Draft
The Blues had to wait until the second day of the draft to make what would be their only pick at 27 where they took Jesse Motlop, who had been tied to Fremantle but they couldn’t match until the third round.

Carlton then wisely put something aside for the future by trading their fourth-round pick to Port for a future fourth, which enabled them to keep spots available to re-rookie their delisted free agents and elevate a pair of players from the rookie list.

It is worth noting that Liam Jones’ place on the list would not be vacated until the final list lodgements, which took place after the draft was over, so they will carry a spare list spot into pre-season.

They needed to make three changes to their primary list, which they did, although they chose to add Domanic Akuei as a Category B rookie instead of exercising another option.

The verdict
Carlton have yet again won the trade period and lost the draft, but they don’t care because their strategy has never been to build through the draft.

It didn’t work with Gibbs, Murphy, and Kreuzer, so why would it work if they kept adding more top ten talent each year? 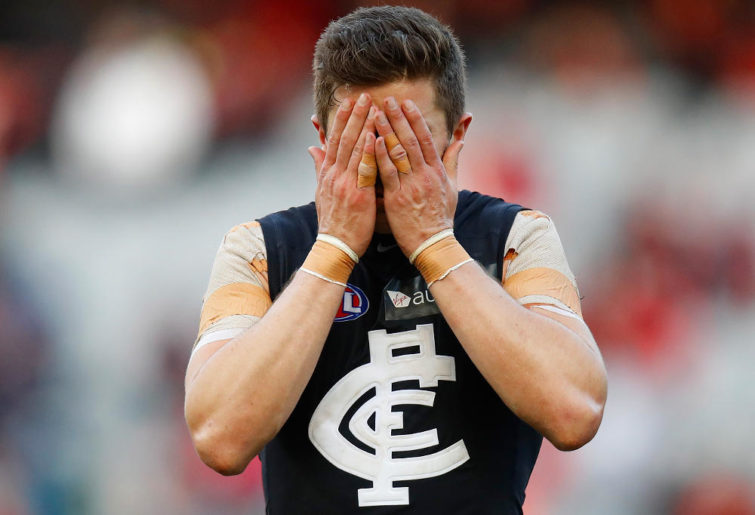 At least, that appears to be the strategy, and why not since it has worked so well for the Demons, although after such a dismal decade it was due eventually, so if Carlton have the same vision then c’est la vie.

George Hewett is the defensive mid the Blues were targeting and he brings experience to replace the thousands of games that have left the building lately.

Adam Cerra is an ideal fit for Carlton’s age profile as he comes into a midfield of his peers who he grew up playing with and against, following somewhat of a breakout year for the former number five pick.

Lewis Young comes in at a time when the Blues desperately needed to find cover down back with their perennially injured players and the Jones debacle, so he likely gets an early debut and the chance to cement a spot.

Oscar McDonald remains as a break glass in case of emergency, while mid-year pick-up Jordan Boyd has been retained and may be used in defence if Liam Stocker’s injury keeps him out.

Alex Mirkov is a giant of a player at 210 centimetres and is third in the ruck division, so he might see action if his VFL form warrants it, while Domanic Akuei is an intercept defender under development.

Final word
Carlton’s recruitment is often lauded in October, queried in November, and forgotten by December, as the media hops on the big-name recruits and it’s a race to see who can make the biggest prediction about the Blues making finals.

Being totally objective, Carlton have maybe five A-graders and a lot of unfulfilled talent. They have the potential to become a top-eight team and with some big game experience behind the group, they could be contenders.

Coach Michael Voss has an opportunity to try some different things with this list and he’s been given some players with games in them to achieve something, but whether that is a finals run or getting games into players he needs in the future remains to be seen.