As the fourth Test wrapped up, and both teams reflected on the result of the game and how they should move forward with planning for the fifth Test in Hobart, there would have been only one question on the minds of all players, coaching staff and travel partners.

Should I pack a jumper? The answer to that is a resounding yes.

The majority of Tasmanians are too parochial to admit that the place is impossible to plan for from a weather perspective.

Once they’ve finished whinging to you about their lack of AFL team and how they’re constantly left off the national price check for petrol prices on Today Tonight, it is important that you remind them that there is no shame in being the closest body of land to Antarctica and that a cool southerly breeze is to be expected.

In fact, if you rowed a boat at 50kph in the arctic line, you’d arrive at the South Pole in the same amount of time it took your mum and dad to work out how to operate Facetime effectively.

And that’s the problem for Blundstone Arena, particularly after 8pm, there is no body of land in between Bellerive Beach and the Antarctic. It is one southerly change away from the largest case of crowd frost bite ever recorded at an international cricket match in the month of January. A record I’m sure Tasmanians would warm to (comedy drum!).

No lie, I played a game at Blundstone Arena, in early Feb of 2008, where it was snowing on Mount Wellington and we were crashed with sleet as we ran from the ground. The next day, the mountain was covered in as much snow as I was in dust.

The biggest impact these cool night-time conditions could have on the day/night game is the swing and movement of the new pink ball under lights. Is it a myth anyway? Stats are suggesting that the hardest session to bat in day/night games in Australia is the first. Sunlight.

It’s a small sample size, and India’s all out capitulation of last year is a part of that sample size, but still, the stats generally don’t lie. 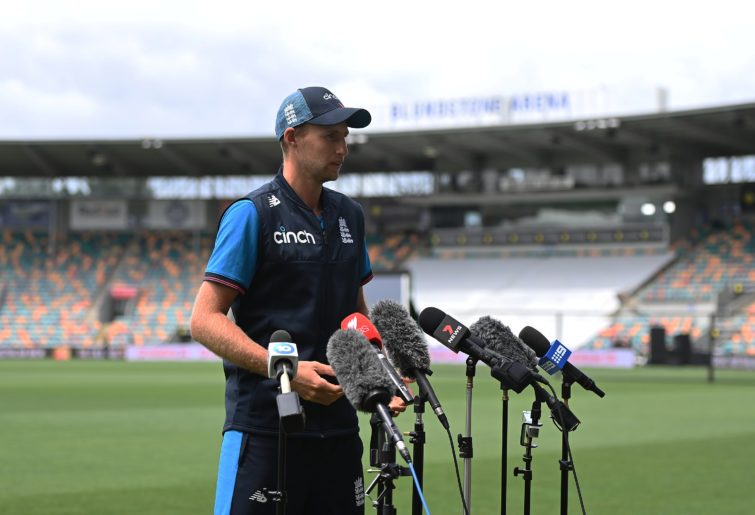 Swing. Laminar and disordered flow. What do scientists say about the ultimate conditions of swing?

Andrew Hignell, a Ph.D. in geography and author of publications on the game, including “Rain Stops Play: The Geography of Cricket,” explains his views. “It is generally thought that when there is significant cloud cover, the ball will swing. The climatic reason is that you have low pressure, which adds moisture, which influences how the ball travels through the air.”

The moisture. Does a cold summer’s night carry moisture?

NASA Scientist, Rabi Mehta, disagrees on the need for moisture. He has studied the movement of cricket balls in the laboratory and tried to replicate the phenomenon of swing in the lab. Mehta discovered that moisture had no influence on the movement of the ball.

Interesting, huh. One thing is for sure, if you win the toss in the lab of NASA, you want to bat first.

One for the eye test.

The wicket itself has seen plenty of transformation over the years. In the early days – pre 2003 – Bellerive held one roofless grandstand in the western corner of the ground, a hill, and some terrace based seating. Because of the centre squares’ unprotected beach front position, and lack of grandstand protection from the wind, the wicket was exclusively dry. Low, slow and boring. Flaaaaat.

When the southern stand was built in 2003, it created all types of issues – mostly for the crayfish devouring members because their view of the water had been blocked – for the wicket as it was now part of a completely foreign ecosystem.

You probably want to see the pitch for the fifth Test in Hobart, don’t you? This is, remember, 48 hours from the toss: pic.twitter.com/7NHzHnPKu9

The wind had been cut off from the centre square, due to the king-sized wall (6000 seat Southern Stand) between it and the beach, and the curators faced all types of issues keeping the square at first class standard. A Pura Cup game, Feb 2003, had to be abandoned on day two due to the dangerous nature of the wicket.

Since then, the curators have worked out that the best wickets for red ball cricket must start with lots of grass and moisture to ensure the wicket can go the journey of all five days.

The last Test match played at Blundstone Area was against South Africa in 2016. SA won the toss, bowled, and rattled Australia for 85 on a wicket the media described as THE HULK!! A RAGING GREEN MONSTER!!

Blundstone Arena is no NASA lab. You want to win the toss, bowl, and then pitch the ball a metre fuller than any other wicket in the country. The trampoline bounce makes it impossible to drive unless it’s a full toss.

The one thing to keep an eye on is the crowd. COVID is beyond rampant down here and I’m seeing a lot of pre-purchased tickets being scalped online. The first three days were sold out, so empty seats would be truly flattening and not a reflection of the excitement that has captured Tassie with the opportunity to host an Ashes Test.

The Poms would be licking their lips. The conditions at Blundstone Arena, and Hobart, are home. And you feel that if they’re going to steal one, winning the toss and bowling is their best chance. 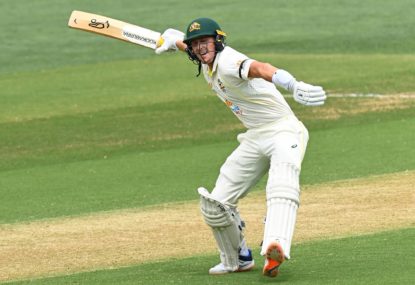 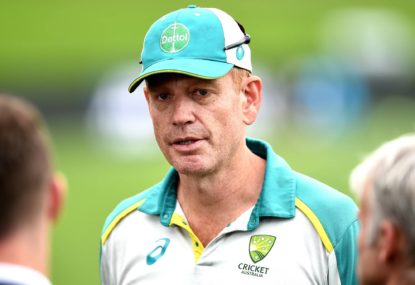 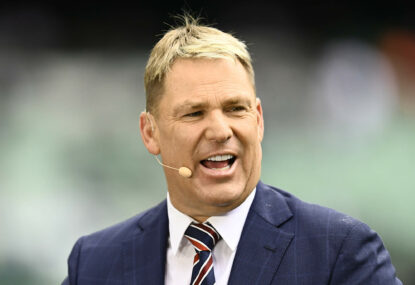 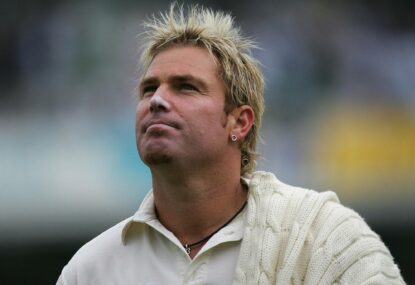