Pat Cummins is keen to have clarity on Justin Langer’s contract status beyond this summer’s Ashes, insisting Australia’s Test side “absolutely love” their coach.

The future of Langer, who comes off contract in mid-2022 and has made it clear he is keen to continue, remains an unresolved talking point.

Langer came under intense pressure to keep his job last year, when Cummins and other on-field leaders delivered forthright feedback about dressing-room disgruntlement.

The former Test opener changed his ways, adopting more of a low-key role as Australia went on to win the Twenty20 World Cup and retain the urn.

But there remains speculation Cricket Australia (CA) will opt to move Langer on.

Cummins, asked about Langer after Australia claimed an unassailable 3-0 lead in their five-Test series against England, bluntly replied that “his contract is up for renewal in a few months and we’ll deal with that then”.

The Test skipper struck a more diplomatic note in Hobart, speaking after his four-wicket haul helped Australia claim a first-innings lead of 115 runs in the fifth and final Ashes Test.

“That’s above my pay grade. We’ll wait and see, it’d be nice to have clarity for everyone,” Cummins said.

“But he’s been doing a fantastic job, we absolutely love JL.

“The plan has always been to chat about it after the Ashes, so the powers that be, I’m sure, will chat at some stage.

“But he’s been fantastic for us and the boys love having him around.” 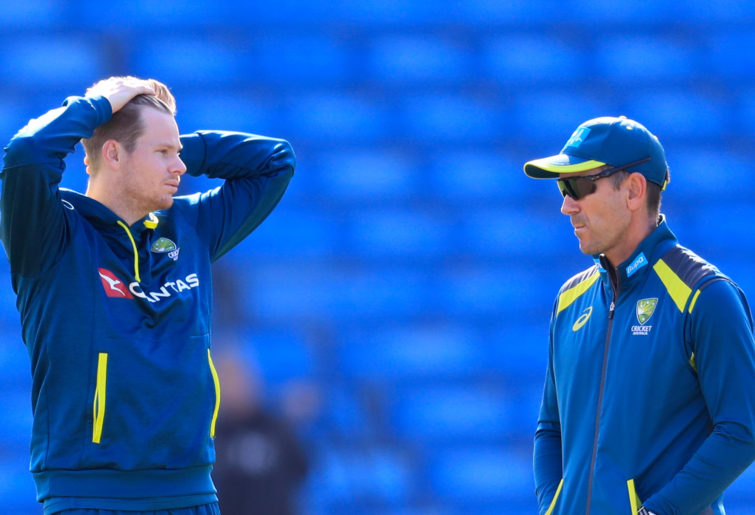 CA chief executive Nick Hockley and high-performance boss Ben Oliver are yet to set a definitive timeline around the call on Langer, likewise a final decision on potentially splitting the role by installing separate white-ball and red-ball mentors.

But the growing expectation is the elephant in the room will be addressed soon after the Ashes series finale.

Oliver noted last month that CA will take player feedback on board before resolving Langer’s future.

Former captain Steve Waugh, who worked under Langer as a consultant during the 2019 Ashes, offered strong support for his former teammate on social media.

“Position in doubt? Influenced the culture and character of the team after the Cape Town debacle,” Waugh posted on Instagram.

“Coached the team to a winning World Cup 20/20 and now to a commanding Ashes victory.

“Time to put the rumours and innuendo to rest. #respect #culture #character.”