The Australian Test wicketkeeper whom it is said paid the price for being too nice and didn’t sledge enough, has retired from cricket.

Peter Nevill, who played 17 Tests for Australia in 2015 and 2016, called stumps on his career on Friday.

One of only four men to play over 100 games for NSW, Nevill’s last match came against Tasmania at the SCG in February in a season ruined by a shoulder injury.

Speaking to media, Nevill expressed his pride at his glittering state and international career, in typically self-deprecating style.

“I’m just incredibly appreciative of the journey I’ve been able to have,” he said.

“I’d like to think that I was able to squeeze as much juice out of my orange as I could. For a bloke with minimal talent and no shots, I leave the game pretty content.

“The time is right.”

He also took a record 310 catches for the state, going with the 61 he pouched for Australia in Test cricket.

But he will forever be remembered as the man who embodied the proverb ‘nice guys finish last.’

A specialist wicketkeeper who rarely spilled a chance behind the stumps but averaged a modest 22.28 with the bat, Nevill was one of the casualties of Australia’s Hobart horror show against South Africa in 2016.

It was said at the time the axe had fallen on Nevill because he hadn’t shown the required aggression or sledge enough behind the stumps.

He responded with a glorious 179 for NSW, but was unable to regain his Test place and never played for Australia again.

When asked how he’d like to be remembered, Neville said: “I’d say as someone who got the most out of the ingredients they had.

“I’ve been fortunate to have played for as long as I have. It is hard to condense (my career) into something short and sweet.

“However, there’s the opportunities I’ve had; the experiences; the people I’ve met; being able to travel the world, the ups … and downs.” 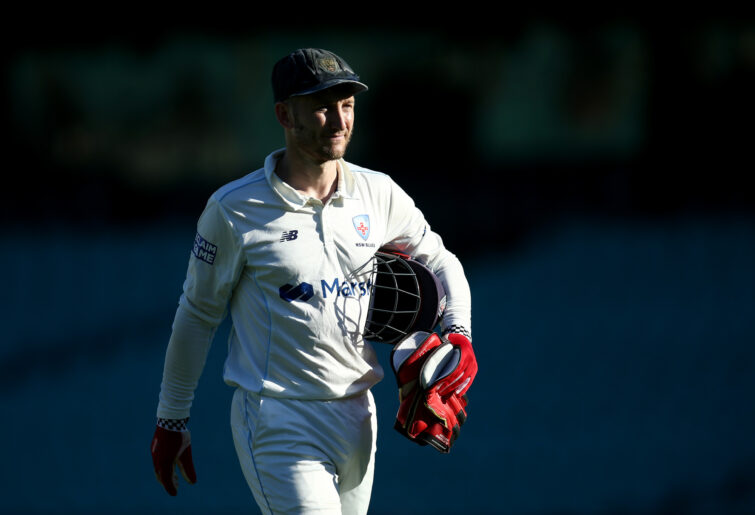 Nevill got his chance on the 2015 Ashes after several tours in and around the Australian squad.

But the spotlight was put on Australia’s batting after a poor tour of Sri Lanka in 2016, before five were axed after the team was flogged by South Africa in Hobart.

Ultimately, he finished his career as NSW’s most-capped captain in the state’s history and a two-time winner of the Sheffield Shield.

“He has provided authentic, purpose-centred leadership throughout his exceptional career.

“He has embodied, and exemplified, our values of humility and excellence.”