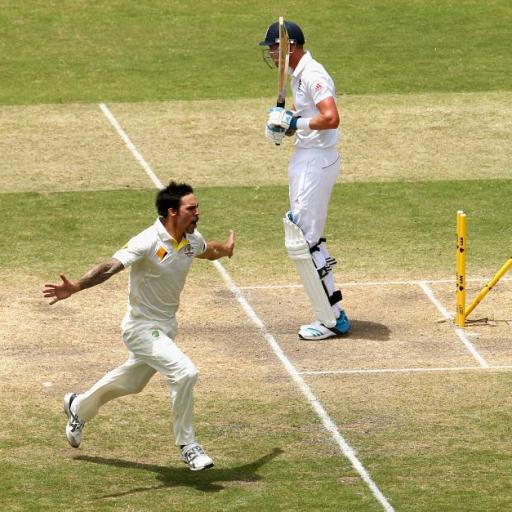 HR hasn't published any posts yet

I think that there’s a fair question to be asked about what Langer thought his role was. He seems to think that he was effectively the CEO of the team (the “everything to everyone” comment), and certainly seems to have a bit of an issue with micromanagement (same comment). Considering himself the leader of the team, rather than a facilitator, seems to suggest a bit of a disconnect with what the role of the coach should be as well. It’s interesting that he found the job the most enjoyable when he was focussing on getting the players to perform to the best of their ability rather than all of the extraneous stuff – and perhaps if he had done that sooner, he would have had a more harmonious relationship with the players and might still be in the role.

Regarding his former teammates as “the fabric of Australian cricket” is also not an ideal attitude for a coach to have – if he’s looking back with rose-tinted glasses rather than focussing on the future and the current team (with the view that ex-players might be able to lend their wisdom from time to time), that doesn’t seem like a great way to get the best out of the current team.

Was the end of his tenure dealt with badly by CA? Yes. Should he have stayed on as coach? Probably not, based on some of the comments he has made here.

City have struggled to play against most of the top sides, it seems. Whether by accident or design, they didn’t beat a top-four side all season as far as I’m aware.

Super Rugby is a 'disaster', Warriors a 'disgrace' and Phoenix 'hopeless': is Kiwi sport really living a 'big fat lie'?

Would the majority of football fans in Australia prefer to have (for example) a Melbourne City team that’s sporadically competitive in Asia and routinely dominates the A-Leauge? I doubt it.

Melbourne City deserved an ACL Round of 16 spot; why should A-League teams even bother?

Melbourne City deserved an ACL Round of 16 spot; why should A-League teams even bother?

I’m personally not a fan of having the coach involved in selection. I think they should solely be involved in getting the group of players, be that the squad or the playing 11, to operate at as high a level as they can, and to do that they need to either be seen by the players as a confidante and as part of the group, and involving them in selection (either of the team or of the captain) diminishes that. Once they start getting into selection decisions they can no longer operate as a trusted advisor to players.

Ben Stokes officially gets the nod as England captain

Ben Stokes officially gets the nod as England captain

He hit Jonathan Trott a couple of times and hastened the end of his career. Arguably he did the same for Pietersen, who didn’t play a test again after the 13/14 Ashes. He concussed Ryan McLaren too.

They mimicked Sajid Khan and Hasan Ali’s celebrations respectively when their wickets fell. It seemed to be in good fun to me, I guess you could see it as mocking if you were predisposed towards that view.

Is it that difficult to understand? As far as I can tell, the club has been run either implicitly or explicitly as a development club – one that takes young local talent and endeavours to sell to bigger, richer clubs either interstate or overseas.
The thing that frustrates me is seeing much of the club’s best young talent move to other clubs (though it’s fair enough that they want to move to bigger and better things, in the case of players that move overseas, and it’s great that they get the opportunity to do so).
The lack of domestic transfer fees is an issue when it comes to budget too – it’s difficult to build a war chest if the only way that the club can earn transfer fees is to sell players to overseas clubs.

What does Adelaide United's new ownership mean for the club - and for the A-League?

That was more tongue on cheek…

To go off on a complete tangent…

Memory can be a funny thing.

Opel did indeed make the Commodore. But it was called the Commodore in Germany too, not the Kommander. And in 1974, they were making the Commodore B, which was a completely different car to the Commodore C (which looked superficially similar to the VB Commodore sold by Holden). Both the Opel Commodore C and the first Holden Commodore were brought to market in 1978. The Holden was nominally based on the Opel, but had a different front end to accommodate Holden’s own engines, and was re-engineered by Holden to suit Australian conditions.

It has gotten to the point where it’s a schism for some people, it seems – with Langer cast as a nuggety cricketing Jesus who was sent in our hour of need and died for our sins, and Cummins as some kind of Judas/Chesty Bonds amalgam.

They make some nice cheese there now though… 😁

Six Points: Every club needs its own 'Do Better' report, and pantomime villains make the game better, Kane

Hate to be the bearer of bad news, but Grumpy’s burned down five years ago.

Six Points: Every club needs its own 'Do Better' report, and pantomime villains make the game better, Kane

I say this as one of the people who watched Adelaide vs CCM on Saturday night ( 😡 ) – you’re cherry-picking here. Comparing the only FTA ALM game on the weekend with an AFL game featuring no Sydney teams in Sydney, and an NRL game featuring no Melbourne teams in Melbourne, is not exactly a fair comparison.

If they charged 60 percent as much and got twice the crowd, you’d think that would be better for all concerned (and the team would be buoyed by a crowd of eighty thousand behind them).

Have faith, yes. But not blind faith – clearly the team is not performing to a standard that allows it to be competitive on the world stage, and if Football Australia genuinely thinks that the team should be competitive at that level (qualifying for World Cups/reaching semi finals at least in Asian cups), there needs to be a dispassionate analysis of the reasons that’s not happening, and some action taken to remedy the shortcomings.

Between the two of them, you’d have one batsman with his toes in line.

Conversely, Australia’s dominance shows that in order to complete, other countries need to make it possible for women to actually earn a living by playing cricket, allowing them to devote all of their effort to their sport. Australia sets the pace and other nations have to keep up, and if that means having to pay domestic cricketers enough that they can live on the money they make from cricket, so much the better.

As for Redmayne, you’re absolutely right – if all players were fit, an Australia A team would be formidable in its own right.

A stat mentioned by Ian Smith concerning Australia’s batting order was mildly absurd – at the time, Australia’s top five made up five of the top ten batters in the ICC rankings (since slipped to a relatively terrible five of the top eleven, at places 1, 2, 4, 5 and 11). That level of dominance seems unprecedented.

That was during the “maybe we’ll find another Warnie” period of Australian selection policy, wasn’t it?