The city of Chicago, baseball and the Cubs: A tale of hardship and destiny

The Chicago Cubs have won the Major League Baseball championship for the first time since 1908. That’s 108 years!

Chicago’s identity in Americana is rooted predominantly in its past. Its most fascinating period came during Al Capone’s rule over the Prohibition and Great Depression eras of the 1920s and 30s.

In a way, Chicago is comparable to baseball itself; both revel in the past while more dynamic sports and cities become increasingly contemporary.

The city proudly sits on the massive Lake Michigan, allowing icy winds to blow across (the source of its ‘Windy City’ moniker) and making the weather miserable. My mum is from the midwest; she was happy to escape the winters.

I was in Chicago in 2003. I had worked at a camp whose kids were from Chicago. Different groups told me, “Chicago is a Cubs city,” others said “F- the Cubs, we’re from the South Side,” which is White Sox territory.

I saw a book there about the history of baseball in Chicago. I could not think of a more futile subject matter. Neither team had won the World Series since baseball’s distant murky past, even before Babe Ruth got things going for the New York Yankees in the ‘Roaring 20s.’

Neither team, the Cubs nor the White Sox, had been particularly interesting in their futility. The Boston Red Sox, as a contrast, took 86 years to win a title after selling Babe Ruth to the New York Yankees but were one strike away from winning in 1986. 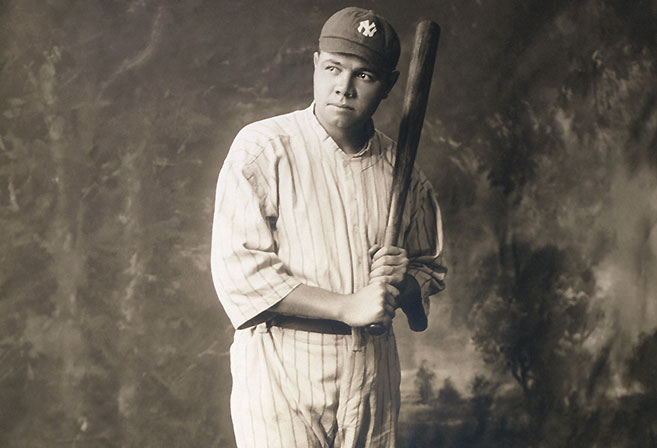 Meanwhile, the less-fabled White Sox deliberately lost the 1919 World Series for money, sport’s most shameful moment. They didn’t win again for the rest of the century. But the crosstown Cubs didn’t do anything interesting. They just lost for 100 years.

The year I was there, October 2003, the Cubs almost claimed the title. Simply appearing in the World Series match may have been good enough to satisfy the longing.
Instead, they blew their opportunity to undo nearly one hundred years of heartbreak by losing to a corporate team no one cared about called the Florida Marlins.

Famously, when on the verge of victory, an outfielder named Moises Alou was about to complete a catch along the fence line, but a Cubs fan named Steve Bartman didn’t see him and tried to catch the ball himself.

Neither completed the catch.

Florida then scored eight runs in twenty minutes, and the jeered Bartman had to be escorted from the stadium by security. He apologised to the city, told them his heart broke with them, and then kept his head down for the next 13 years.

I’d gone to a game at Wrigley Field a month beforehand. The stadium was a reminder of baseball’s fabled past, a past revered more than in other sports who have mostly disowned theirs, such as the English Premier League.

Wrigley was tucked within labyrinthine suburban streets. There was ivy growing on the brick fence behind the batters and the scoreboard was of a 19th-century vintage. The people of Chicago had even resisted putting lights in.

By then all the other clubs had moved on to ‘name your price’ stadiums. It was what made the Cubs special.

One night after Bartman’s gaffe, there was still a Game 7 the Cubs could have won. But the vibe was now wrong, and they lost to the Marlins again, 9-6.

That night I walked around the outskirts of Wrigley to soak it in. Bootleggers were selling cheap ‘It’s all good… We’ve got Wood’ t-shirts, which out of context might be a fun possession.

Kerry Wood was the Cubs’ pitcher for Game 7. Meanwhile, people were conspiratorially talking about how “that guy” (Bartman) lived in a particular suburb and were waving signs featuring him as an undercover Marlins agent.

It was autumn and the nights were getting dramatically shorter. Chicago was not a place you could feel comfortable. Time would prove America, in general, wasn’t either. I left.

The Boston Red Sox finally won the next year in 2004, after 86 years of many, many, supernatural chokes. A year later, the Chicago White Sox had a year out of the blue and won their first title in 88 years.

Some Cubs fans admitted to being jealous. Meanwhile, for the Cubs, the 100-year anniversary went by with some more tame playoff losses.

It was unbelievable – they had gone 100 years without winning a title. The world hadn’t even been modern then. It was an America that was yet to be shaped by Prohibition, the Great Depression, Franklin D Roosevelt, Soviet Russia and the Cold War, let alone the technological revolution.

Before this year’s triumph, the Cubs’ last appearance in a Wolrd Series was in 1945, the year the infamous ‘Cubs curse’ allegedly began.

The story goes that a patron was refused entry to the ground because he was with a pet goat. He ‘cursed’ the Cubs, who never made another World Series until 2016.

Americans seem to humorously believe in specific incidents to explain subsequent ones like Alou-Bartman, rather than simply the weight of historic failure providing for grim psychology.

A few nights ago, the Cubs won a messy Game 7 of the 2016 World Series against the equally futile Cleveland Indians, themselves on a 68-year drought. The Cubs blew 5-1 and 6-3 leads in comical circumstances. But the force just seemed to be with them even as they blew chance after chance to win.

It’s hard to watch people like Ben Zobrist simply hit a ball, a moment of pure physics, and reconcile it with the newspaper articles, the past, the hype, the desire, the crowds.

The way I can, I suppose, is to know that if you hit or kick or do whatever to a ball, a centimetre makes all the difference. That is random. We call it luck, some cultures believe it can be controlled through witchcraft.

Sometimes the ball falls onto your sweet spot and then your ability is allowed to take over. Sometimes it doesn’t, and the ball is caught, or you are inaccurate with your shot, and you lose.

The Cubs’ win in the decisive World Series Game 7 was so incredibly narrow. A centimetre here and there may have done it. In that sense, maybe it truly was destiny.