Wild Card wrap: Everything according to plan as Packers' run continues

The first week of the NFL playoffs was a disappointing affair of blow out results, with at least three of them easy to predict.

Oakland at Houston saw Brock Osweiler play the way he was supposed to all season when he was signed to a $72-million deal.

During the season when targeting star WR DeAndre Hopkins, Oz was four TDs to nine INTs.

Osweiler turned that around to throw no INTs in the game. He hooked up with Hopkins just five times for 67 yards but one was for a long completion and another for a TD.

He kept the chains moving (albeit slowly) and along with a commitment to run the ball (Miller 31 carries) this allowed the Texans fearsome defence time to rest and then unload on Connor Cook.

The Oakland defence was a major diapoointment. They spent big money in the off season on free agents Bruce Irvin, Sean Smith and Reggie Nelson. Osweiler wasn’t sacked and they couldn’t force a turnover.

The Raiders were a Super Bowl chance according to many before Derek Carr’s injury however they will require better play from that unit, regardless of Carr’s health in future years, if they are to achieve that goal.

Meanwhile, the offense was unable to replicate the success they had in the week 11 meeting this year where their running backs dominated receiving out of the back field. Without Carr to push the ball downfield to WRs Amari Cooper (1 reception) and Michael Crabtree (2 receptions), the Texans defenders squatted on the short and intermediate routes.

Seattle ran all over Detroit on their way to a comfortable victory. I was amazed that the Sehawks o-line had their way so convincingly. They entered the game only 25th for rushing against a Lions d-line that entered 18th against the run. I didn’t expect the huge holes that allowed Rawls to run for 161 yards. 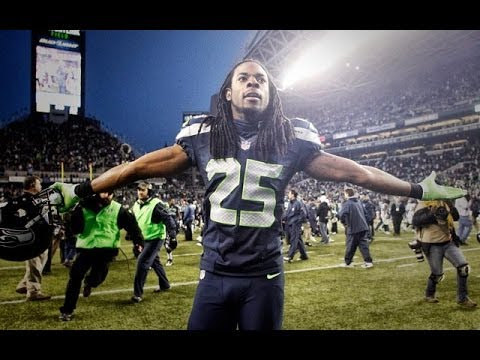 The ground game was assisted by Russel Wilson and Doug Baldwin continuing their merry dance that’s seen them record the second highest quarterback rating for targeting a receiver this year (11 receptions for 104 yards and a TD). Paul Richardson proved the highlights reel for the weekend with two incredible one handed catches to boot.

Detroit were unable to exploit the absence of perennial Pro Bowler FS Earl Thomas in Seattle’s defence. They just didn’t have the ball for long enough, losing the Time Of Possession (TOP) by a huge 13 minutes.

The Steelers cruised to a win over the Dolphins. With their three offensive stars Ben Roethlisberger, Antonio Brown, Le’Veon Bell playing for the first time together in a playoff game, Bell and Brown dominated the Dolphins defence. Bell rushed for 167 yards and two TDs, Brown had 124 receiving yards and two TDs.

If the Dolphins were to win without quarterback Ryan Tannehill they needed Jay Ajayi to replicate his earlier performance in week 6 where he rushed for 204 yards. Down early, they couldn’t sustain a commitment to the run, so Ajayi only had the 16 attempts for 33 yards.

Who knows what Mike Tomlin was thinking though when he left Big Ben in at quarterback with only five minutes in the game and up 18 points? On third and six, Roethlisberger attempted a pass and was hit, injuring his ankle. If Ben had gone down and was unable to take part next week, this would be the major talking point.

Instead the focus has shifted once again to the immature ways of Odell Beckham Jr, who has courted scrutiny for his actions before and after the Giants disappointing loss to the Packers.

Firstly, he thought a trip to Miami with all night partying would be a good look during his first ever playoff week. Sure players have a right to unwind on their day off, but flights down the east coast of the country is one thing, and partying all night and posting it on social media are another.

Secondly, he was reportedly the man who damaged the wall of the visitors change rooms by punching it. If Beckham had played a great game then perhaps he would be right in saying that his trip had nothing to do how he played. Yet his three costly drops were completely unlike him so it’s reasonable that all and sundry will draw a line between the two events.

Ultimately his performance was just one of many factors why the Giants lost. The main reason was that the Giants were only able to gather 59 yards rushing the ball between their two RBs, and the lack of a running threat meant that the Packers could dedicate more effort to covering their own defensive deficiencies; mainly the huge gains teams were making when passing down the right side of the field.

I wrote last week that if the Giants were to win, they would need to bring pressure on Aaron Rodgers with just their front four. Don’t be fooled by the five sacks, four of those were from the excellent coverage by the Giants vastly improved secondary.

This wore down as the game went on and Rodgers was able to find Adams (125 yards one TD) and Cobb (116 yards three TDs) with the inordinate amount of time his line provided. All this without star WR Jordy Nelson, who exited in the first quarter after a brutal hit to the ribs.

This week’s matches should provide for more exciting viewing. Strangely, all four playoff match ups are repeats of games from the regular season.

The Seahawks and Falcons played a classic playoff match in Atlanta in 2012, where the Seahawks overcame a 20-point fourth quarter deficit to hit the lead with just 31 seconds left. But two huge completions led to a 49 yard Matt Bryant field goal to retake the lead. That’s Atlanta’s only playoff win since 2004.

This year they lost by two points in week six at Seattle that saw Richard Sherman avoid a PI call for tackling Julio Jones mid air, that would have set up a field goal attempt for the win.

The Falcons third ranked passing attack should have more success exposing the gap Earl Thomas leaves than what Detroit could accomplish. If Cam Chancellor wants to commit to defending the run, there will be huge pressure on back up FS Steven Terrell.

If Seattle are to win, Rawls and Baldwin will need big games again, as will TE Jimmy Graham. The Falcons are the fifth worst passing defence and middle of the road against the run, so Seattle will fancy its chances of having Wilson pick apart the coverage with Baldwin, Richardson and Graham operating out of Trip sets on the opposite side of the Falcons one good cover man- Jalen Collins.

When the Steelers met the Chiefs back in week 4, the Steelers pounded the Chiefs secondary to the tune of five Big Ben TDs, two of those to Antonio Brown. This game though should go down to the wire. Look for the Steelers to move Brown away from Marcus Peters and the Chiefs to somehow scheme Eric Berry to be over the top of Brown when he runs deep.

The Steelers’ best chance for a win in the cold will be their potent rushing attack (14th) against the Chiefs seventh worst rush defence.

The Chiefs need to capitalise on yet another solid regular season with a playoff win at home. Travis Kelce hadn’t emerged as the focal point of the attack last time they played and he should provide the Steelers linebackers with fits now. The Chief’s special teams has been outstanding all year and they could be the difference.

In week 6 the Cowboys dominated the Pack in Lambeau, with a 30-16 win with rookies Dak Prescott and Zeke Elliot dominating. The composure Prescott displayed in that game confirmed for many that he was the quarterback for the foreseeable future in Dallas, no matter the health of Tony Romo.

The Cowboys are essentially the same team since then, however the Pack is a different beast. In the seven consecutive wins they’ve had, they have only turned the ball over once! The defence has regained several starters and as a result, taken it away 14 times – a certain recipe for wins.

It’s helped that Rodgers has regained his mojo and accuracy too. He should have the same amount of time to find receivers as he did against the Giants; the Cowboys have managed just one more sack than the Giants did.

The Cowboys rationale when they selected Ezekiel Elliot over a pass rusher in this year’s draft was that through Elliot, they could control the TOP and help avoid the need for a pass rusher in a draft that didn’t warrant a number four selection. They’ll require that rationale to come to fruition in this game because if Rodgers is on the field for the same amount of time as Dak Prescott, that should result in a Packers win.

Dallas will hope they can have success in the passing game, exploiting the holes created by play action when a Packers secondary and linebacker corps honours the run far more than they did against the Giants. This will be the key if the Cowboys are to win.

When the Patriots destroyed the Texans 27-0 in week 3, third string quarterback Jacoby Brissett started. Clearly not much went right for the Texans and it was the beginning of the poor play for Osweiler. Lamar Millar was able to rush for 80 yards on 20 carries though. He will have to rush even more successfully if the Texans are to cause one of the biggest upsets in NFL playoff history.