Thompson or Tomic: Who should play Davis Cup in April?

Australia’s Jordan Thompson, coming off an Australian summer where he defeated David Ferrer and world number 37 Joao Souza, led Australia to a 4-1 victory over the Czech Republic at last weekend’s Davis Cup tie in Melbourne.

Thompson was called upon after Bernard Tomic made himself unavailable, naming scheduling reasons for his absence.

And he made the most of the opportunity.

Thompson said prior to the tie that representing Australia in the Davis Cup was his life-long dream, and that it was the biggest moment of his young career. He started with a straight-sets win over world number 54 Jiri Vesely, and won his dead rubber on Day 3 in straight sets.

Thompson played with a passion similar to that of his tennis idol and current Davis Cup captain Lleyton Hewitt. That heart and determination to win for his country impressed fans and commentators throughout the Australian summer.

But ranked over thirty ranking spots below Tomic, should he get the nod when Australia takes on the U.S.A in April?

Firstly, Tomic would have to declare himself available for the tie, which many expect him to do. He has a terrific Davis Cup record, winning 17 of his 21 singles matches for Australia.

But having skipped Davis Cup on multiple occasions now, should he be an instant selection if available? 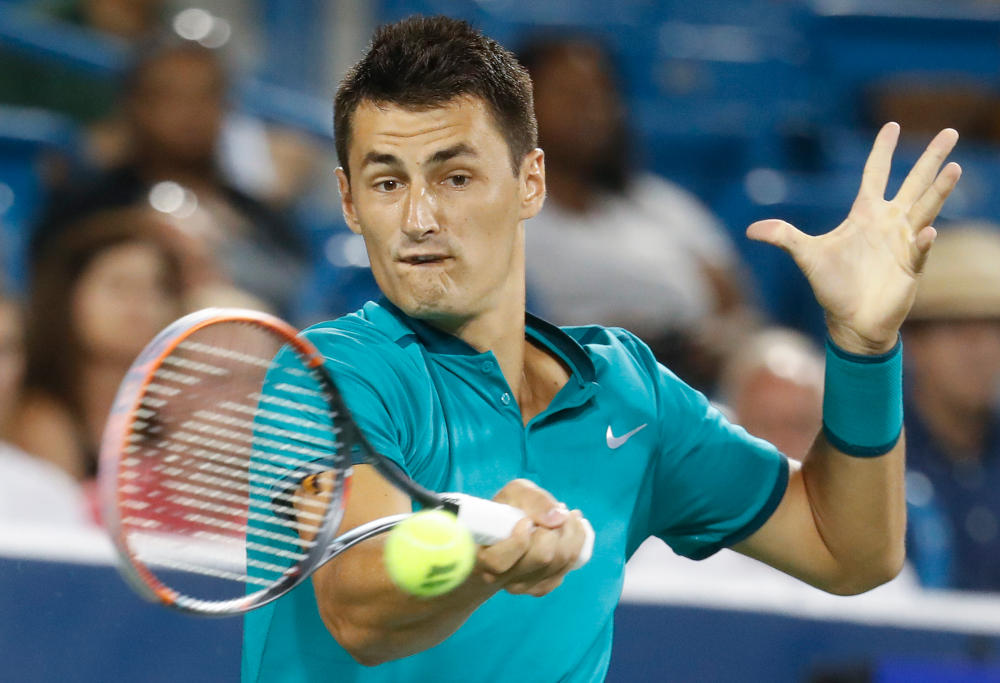 Davis Cup is one of the biggest tests of character in tennis. Playing in front of ruckus crowds and with your teammates sitting courtside, any mental weakness over a five-set battle can cost a country a tie.

For this reason, it is important to have a player who is one hundred per cent committed to winning for their country and their teammates on court, which Tomic has shown he is not. The same argument could be made for Nick Kyrgios’ on-court dedication, but the difference is that he has put his hand up to play Davis Cup whenever he has been healthy.

The team that beat the Czech Republic just last weekend had great team chemistry and energy, and breaking up that team might disrupt things on the practice courts.

Players like John Peers, Sam Groth and Jordan Thompson are setting the right example to a younger generation of Aussie tennis players, just as Lleyton Hewitt inspired the likes of Thompson and Alex De Minaur.

It is not an easy decision to leave Tomic out of a Davis Cup tie, as he is a player who can potentially win big matches over the next five or six years. But it is a decision that has to be made for the integrity of the Australian Davis Cup team to be upheld.