A new Grand Slam men’s finalist is guaranteed at this year’s US Open after 2014 champion Marin Cilic suffered an upset third round loss at the hands of Argentina’s Diego Schwartzman.

Following the second round departure of Jo-Wilfried Tsonga, which came hot on the heels of the pre-tournament withdrawal of second seed Andy Murray due to a hip injury, Cilic remained as the only man who had reached a major final in the bottom half of the draw.

He had been heavily favoured to reach another final at Flushing Meadows after fourth seed Alexander Zverev was sent packing by Borna Coric in the second round.

But nobody had forecast what was to happen as another upset rocked the bottom half of the draw.

After Cilic took the opening set 6-4, Schwartzman, appearing in the third round of the US Open for the first time, took control from that point to claim a four-set victory in three hours and 23 minutes.

He converted nine of 20 break points and was aided by a whopping 80 unforced errors from the 2014 champion, who entered the tournament short on match play after having skipped Montreal and Cincinnati due to injury.

Cilic was left to rue double-faulting at 30-all in the eleventh game of the second set, after which Schwartzman secured a crucial break that would see him take it 7-5 and level the match at one set all.

Schwartzman’s next opponent is French 16th seed Lucas Pouille, who also came from a set down to defeat qualifier Mikhail Kukushkin in four sets.

The run of Canadian qualifier Denis Shapovalov continued as he reached the fourth round of a major for the first time.

He dropped the first set against his opponent, Kyle Edmund, but hit back to take the next two sets before the Brit pulled the pin early in the fourth due to injury.

Wimbledon semi-finalist Sam Querrey advanced to the last 16 at his hometown Grand Slam tournament for the first time since 2010 after defeating Radu Albot in four sets, but countryman John Isner was not so lucky, knocked out in straight sets by German veteran Mischa Zverev.

The upsets that have unfolded in the bottom half of the draw will result in there being at least two first-time US Open quarter-finalists; of the remaining men in this part of the draw, only Kevin Anderson (2015) and Lucas Pouille (last year) have got this far at Flushing Meadows.

Meanwhile, in the women’s draw, third seed Garbine Muguruza moved into pole position in the race to become the world number one after the US Open, repeating the dose on Magdalena Rybarikova to reach the fourth round at Flushing Meadows for the first time.

The last time the two women met, at Wimbledon in July, Muguruza won in embarrassingly easy fashion, winning 6-1, 6-1 in the semi-finals en route to claiming her second Grand Slam title. 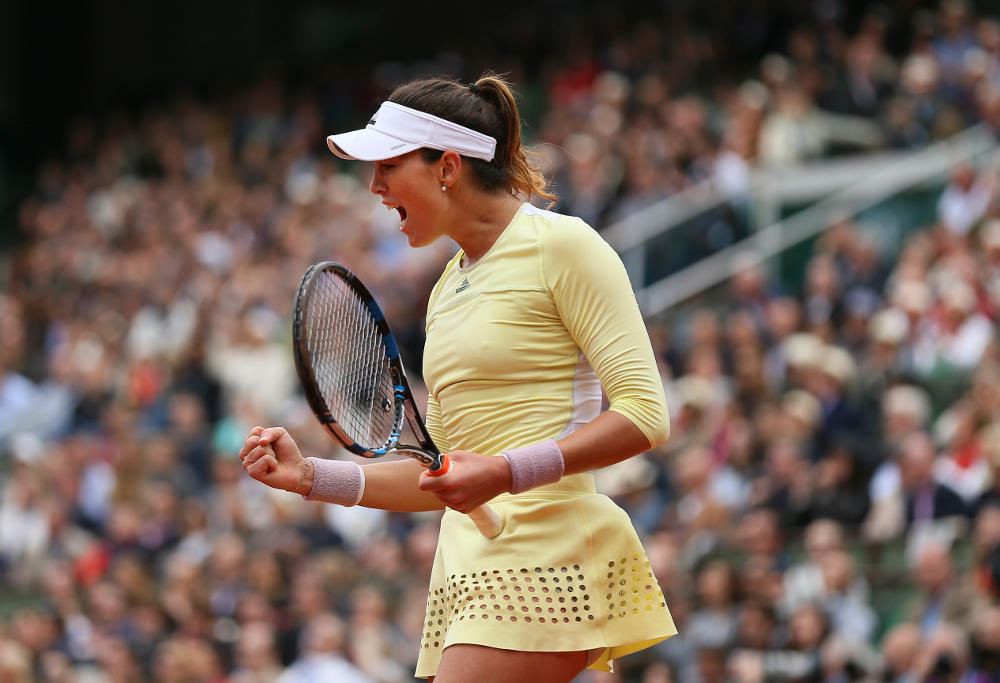 Seven weeks on, the result was no different as the Spaniard won by the same scoreline to set up a fourth round showdown against two-time champion Petra Kvitova, a 6-0, 6-4 winner over Caroline Garcia earlier in the day.

The result means that Simona Halep and Venus Williams have both been eliminated from contention for the world number one ranking, with Muguruza, Karolina Pliskova and Elina Svitolina the only ones still left with a chance to leave New York as the world’s top-ranked female tennis player.

Hours before Venus stepped out onto court, news filtered through Flushing Meadows that her younger sister, Serena, had given birth to a baby girl at Palm Beach in Florida.

The elder of the Williams sisters was delighted to hear of the news, saying: “Obviously, I’m super-excited. Words can’t describe” during a pre-match interview with the host broadcaster, ESPN.

The 37-year-old proceeded to reach the last 16 of a major for the seventh consecutive time, defeating Greece’s Maria Sakkari in straight sets to line up a fourth round meeting against Spain’s Carla Suarez Navarro.

After the match, Venus was only willing to accept questions about her performance, one of which related to her ability to concentrate during the match given the occasion within the family.

“You know, I’m a real professional because I’ve been doing this a long time,” she said in her post-match press conference. “I’ve been spoiled my whole career of having my family around me. I’m more than blessed… There’s times when they don’t come. More often than not, they do come.” 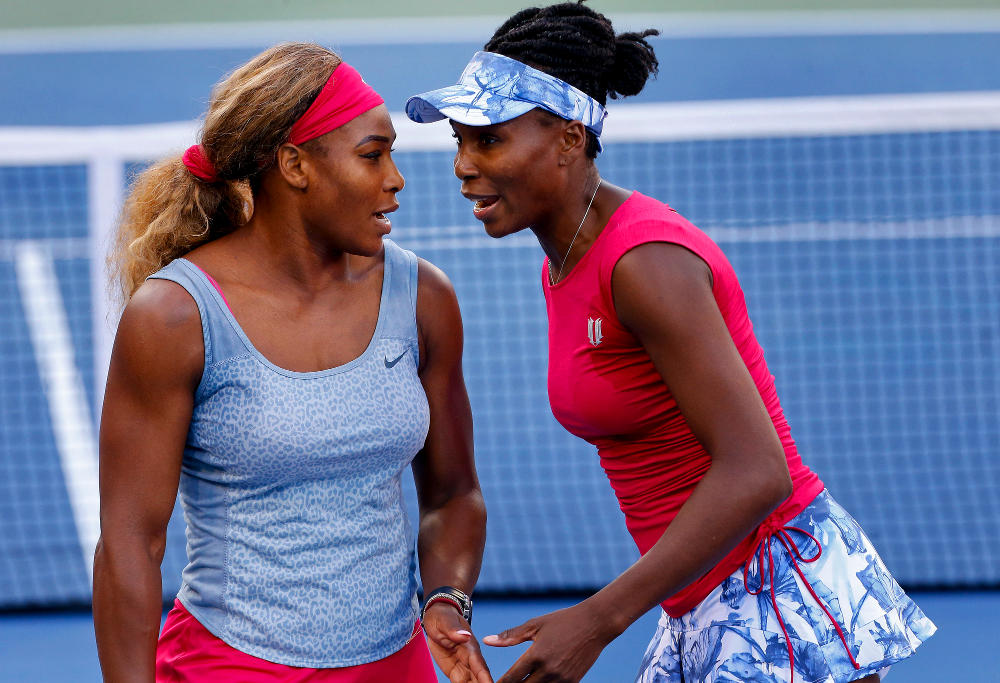 Another American, Sloane Stephens, continued her impressive comeback from injury with a straight-sets win over Ashleigh Barty, ending Australian involvement in the women’s singles draw.

Once touted as the successor to the Williams sisters on the big stage, the 24-year-old advanced to the last 16 in New York for the first time since 2013, and will fancy her chances of reaching the quarter-finals for the first time as she next faces Germany’s Julia Goerges.

It is unimaginable to think that Stephens was ranked in the 900s this time two months ago.

However, an impressive patch of form, which saw her defeat Petra Kvitova in back-to-back tournaments in Toronto and Cincinnati, as well as equal her best result at Flushing Meadows, has seen her rocket back into the top 100.

Russian wildcard Maria Sharapova was victorious in the last match of the day, defeating fellow wildcard Sofia Kenin in straight sets to set up a last 16 clash against last year’s quarter-finalist, Anastasija Sevastova.

The 2006 champion remains undefeated in night matches played on Arthur Ashe Stadium, and it might take more than just Serena Williams (next year at the earliest) for that streak to come to an end sometime soon.

The early end to the night session meant that for the first time in this year’s tournament, play was wrapped up by midnight.

Sunday morning’s (AEST) matches will see the completion of all third round matches in the top halves of both the men’s and women’s draws, with both world number ones, Rafael Nadal and Karolina Pliskova, as well as Roger Federer, all in action.

Matches to watch on Day 6