Lewis Hamilton endured a torrid Sunday in Mexico, but Sebastian Vettel’s inability to capitalise in his stead ensures the Briton has claimed his fourth championship with two races in hand.

Having collided with his title rival on the opening lap, incurring a puncture and falling to the rear of the field, the 32-year old’s tedious rise to ninth place was academic.

Vettel was also required to stop to replace a damaged front wing and could manage no better than fourth, two places short of the prescription to keep the fight live into Brazil.

The anticlimactic outcome was an appropriate reflection on the second half of the season, which fizzled out dramatically in the preceding six weeks as Ferrari paid the inevitable price for its recent implosions.

A third crown in four years for Hamilton appeared tenuous following July’s Hungarian Grand Prix, yet his and Mercedes’ aptitude for maximising the frequent opportunities which subsequently fell their way left Vettel’s fate at his mercy,

Therefore it’d be easy to claim that Ferrari lost the title rather than Hamilton winning it, though a compelling return in the latter part of the season justifies the triumph.

Three victories in the opening seven races suggested that the Briton remained hungry amid some indifferent fortunes as he grappled with the ‘diva’ W08. Valtteri Bottas enjoyed his measure at Russia, recording his debut victory as Hamilton languished to fourth. 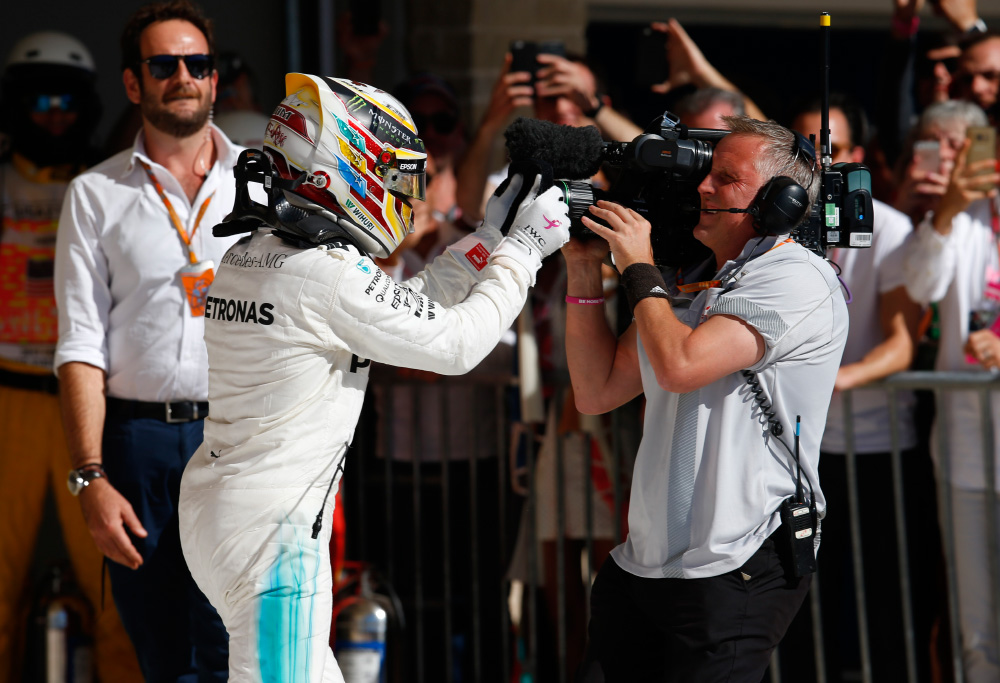 A metaphorical spark lit within Hamilton following his infamous collision with Vettel at Azerbaijan. Notwithstanding his struggles at Austria – once more claimed by Bottas, once more denying further points to the German – his standard lifted considerably, and he was victorious at six of the next eight events.

The consternation when Hamilton surrendered third place to Bottas on the final lap at Hungary and its potential implication on his title credentials is amusing in hindsight, emphasising the rapidity of Ferrari’s fall.

That Hamilton didn’t lead the standings until his victory in Italy in September yet secured the title the next month – and with multiple weekends at his disposal, again depriving fans of the long-anticipated fight to the death with Vettel – is the most striking aspect of the season’s inexplicable trajectory,

Ferrari’s capitulation renders it difficult to judge where his latest championship stands, yet Fernando Alonso’s assertion that his path was “too easy” is a little harsh. Hamilton still had to want it badly enough, for which he required no invitation, as attested to Singapore.

For all of his success, the Briton remains a polarising figure whose on-track brilliance can belie his personality. His remark post-Mexico that he “could do the easy thing, which is to stop and retreat like Nico [Rosberg]”, in reference to his former teammate ‘s retirement immediately following last year’s title, suggests he remains aggrieved not to have had the opportunity to enjoy the last laugh.

Irrespective of Hamilton’s contrasting perceptions, he draws level with Alain Prost and Vettel on four titles, creating the salivating prospect of a duel with the latter in 2018 to equal Juan Manuel Fangio in becoming just the third driver to claim a fifth crown.

Michael Schumacher’s seven championships remain distant, though it’d be foolish to dismiss the prospect of Hamilton raising the German as long as he continues performing to his current standard. The individual who claimed the Mexican Grand Prix, Max Verstappen, could have a say in this.