On Thursday, Pat Cash raised the debate again about women playing best of five sets at Grand Slam tournaments. “I’m all for a five-set final, that’s where it should start”.

The 2016 edition of the Australian Open was an extremely underwhelming one on the men’s side, with Novak Djokovic drubbing Roger Federer in the semis before a one-sided final win over Andy Murray, who admitted afterwards that mentally he was halfway back to Britain to attend to his expecting wife.

On the men’s side, the later stages were largely uneventful, and the routine of Djokovic beating Murray in the final had become a predictable sight for viewers over the years.

One match brought a smile to the fans’ faces at the end of the tournament, though, and ensured it ended with a better feeling.

It was the epic women’s final between Serena Williams and Angelique Kerber.

A battle between a legend – someone so accomplished that she is an icon comparable to anyone in any other sport – and a then underachiever, someone who hadn’t made it past a semi final.

Serena usually proved too much for less experienced players on the big stage, and she produced a scintillating display. On the other side, though, Kerber’s determination proved too strong, and the match ended in a thrilling three-set tussle to secure the German her first grand slam title. 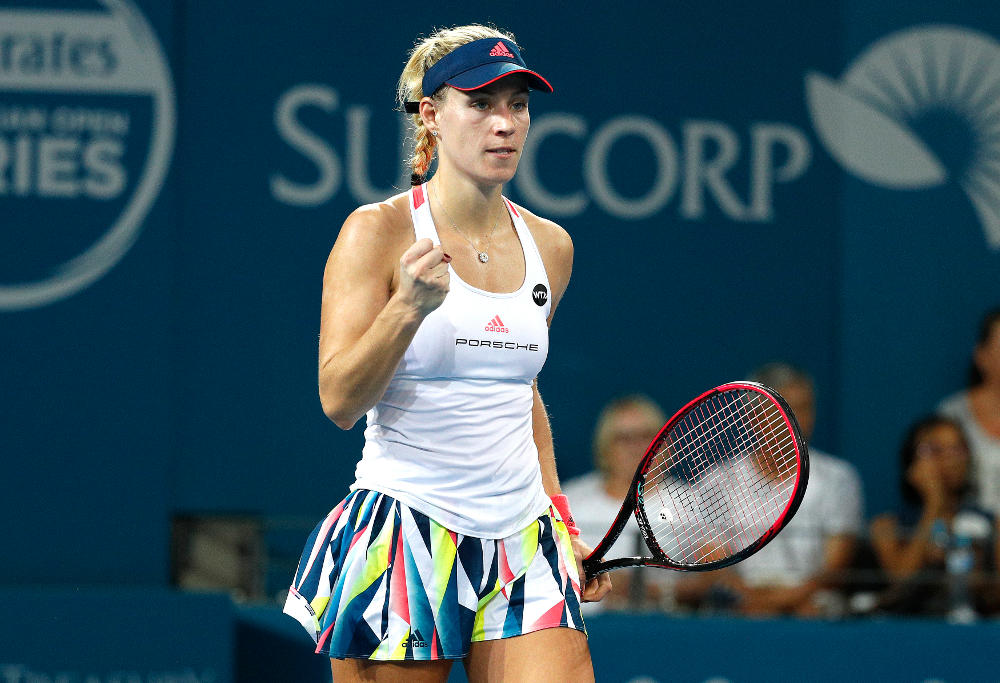 Even more terrific was the sports(wo)manship of the occasion, with Serena walking across the net to Kerber’s side at the end of the match and engaging the elated 28-year-old in a long, sincere and heartfelt embrace. The match was a jewel in the two week tournament’s crown.

The only thing this writer regretted was that it wasn’t longer.

Grand slam tennis finals are not events that should merely go for around one to two hours. This isn’t the Big Bash. This is a serious event, one where both players should be tested physically and mentally to their capacity.

All too often, when a nervous and inexperienced female player takes the court in a Slam final, they are beaten within the first fifteen minutes – meaning they will be nervous, drop serve a couple of times, and, within the blink of an eye, be down against a more experienced player 4-1 or 5-2.

First set basically over, and if they drop serve early in the second, they might as well be thinking about the sombre dinner they’ll be having in an hour, packing their luggage and catching the red eye out of Melbourne.

It doesn’t do justice to the players or the fans.

I can totally understand the physical differences between men and women, and therefore have no problem with the first six rounds of the female draw being best of three – indeed plenty of male players have to retire in the earlier rounds due to heat and injuries sustained in the gruelling best of five conditions.

But surely once the final stage is set, once the two remaining players in the draw are standing opposite each other on Rod Laver Arena on Saturday at 7pm, this should be a battle not just of backhand, forehand and serve, but of physical endurance and mental resilience. There is no better way to test this than in a best-of-five match.

Nothing should be left in the tank when playing for a grand slam trophy and $4 million.

This is not a matter of wanting female finalists to ‘work the same amount’ for the same pay, but for the sheer entertainment and enjoyment it would bring the fans. There would be no greater advertisement for women’s tennis and sport.

Surely those in support of women’s tennis don’t want the final to be a mere appetiser to the match the following night- a smaller portion designed to whet the appetite. It should be a separate, but equal showpiece, a counterpoint to the men’s final.

With this year’s Australian Open pushed back by three weeks, let’s take the time to look back at some classic moments from what is dubbed the happy slam.

Aussies to the fore in the Australian Open

The Australian Open gets underway this weekend in the unusual setting of the Khalifa International Tennis and Squash Complex in Doha, Qatar.

Aussies to the fore in the Australian Open