Red Bull has only itself to blame for Baku friendly fire

The inevitable outcome at Baku on Sunday was a manifestation of Red Bull’s unwillingness to prioritise its faster driver, thus a calamitous incidence of friendly fire wasn’t nearly as surprising as it should have been.

On this occasion, Daniel Ricciardo was more at ease than Max Verstappen across the opening two-thirds of the race, though the Australian was inexplicably forced to fight for track position while the leading trio of Sebastian Vettel, Lewis Hamilton and Valtteri Bottas sprinted into the distance.

It was only on lap 37, the lap before Ricciardo ultimately stopped – following several unsuccessful attempts to relieve a typically belligerent Verstappen of fourth, and complemented by multiple instances of contact – that he executed a decisive pass.

Yet the Chinese Grand Prix victor found himself trailing the Dutchman once more following the latter’s stop a lap later. From there, the countdown to implosion entered hyper speed, and so it was that the next lap witnessed the deed.

Whether due to Verstappen moving twice or Ricciardo being overly ambitious, each had a stake in culpability. Even so, those on pitwall must have instantly regretted the decision not to dispatch Ricciardo in pursuit of the Mercedes’ duo before consideration of the pair coming to blows even sprang to consciousness.

The notoriously partisan Helmut Marko opined, “I don’t care who is to blame. Both drivers should have enough brain to avoid such an accident.”

Short of placing greater accountability in either corner, this repels any notion that he is tiring of Verstappen’s racecraft, the yongster having come under increased scrutiny for his numerous misadventures this season. 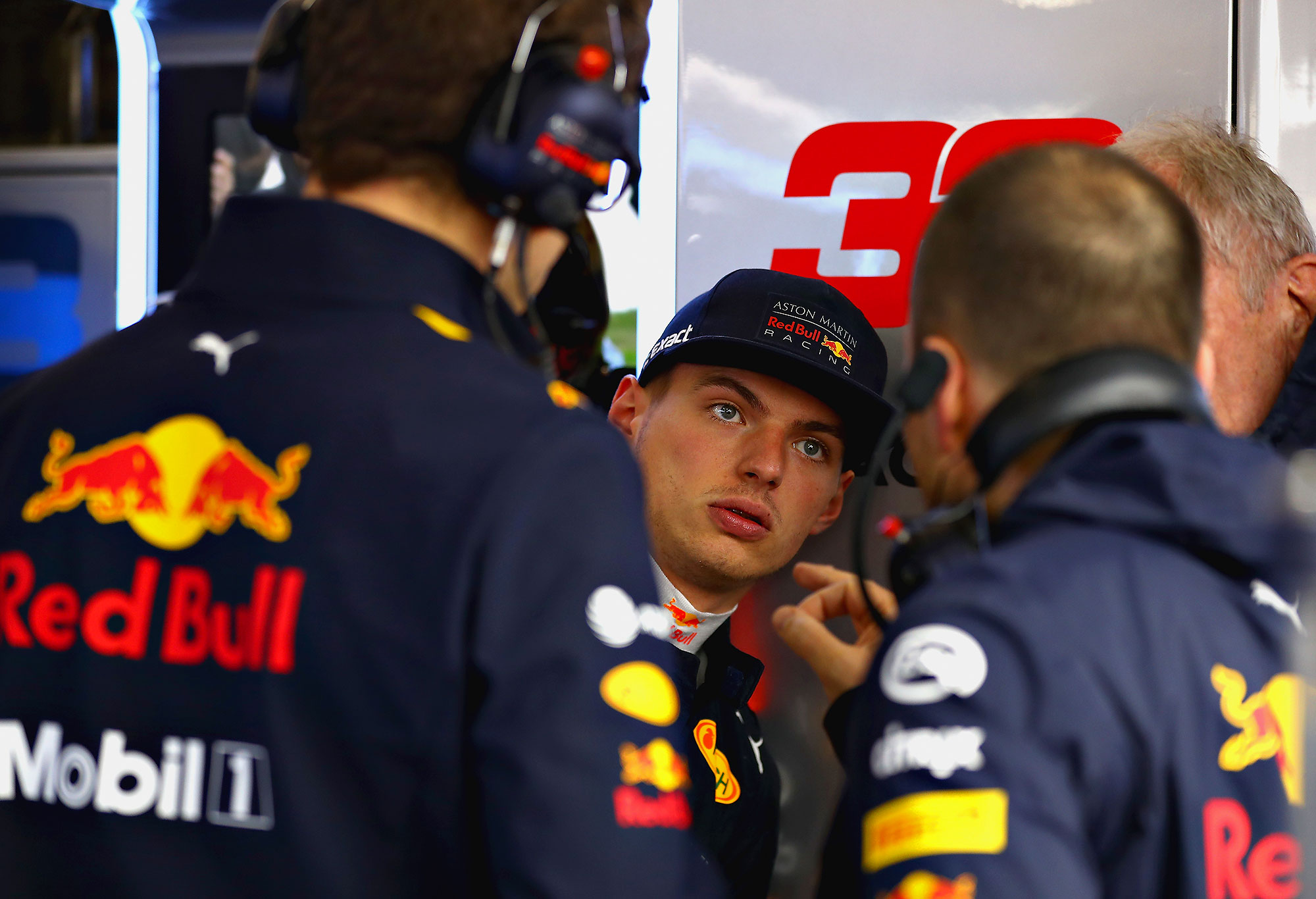 Much had been made of the 20-year-old turning a corner following his collision with Vettel at Shanghai, and the Dutchman should count himself fortunate that Ricciardo was so accommodating with space during their earlier scraps on Sunday.

The Australian’s fateful dummy – almost always culminating in his ubiquitously masterful late braking – would have succeeded against almost any other driver. Alas, his prey was Verstappen, and whether the 28-year-old was naïve to back himself is moot, he played the odds, from which he prevails on most occasions, only this time he didn’t.

An official reprimand to both protagonists, and an internal shaming, entailing apologies to those at Red Bull’s factory, is tantamount to a slap on the wrist, and a familiar exercise to when Vettel and Mark Webber infamously collided at Turkey in 2010.

The damage transcends implications the collision had on the results on Sunday – a story in itself, for the outfit must now decide whether it wants to maximise opportunities, especially with Mercedes demonstrating a genuine mortality for the first time in the hybrid era, or await another implosion, as it appears that compromise isn’t possible.

Just as in the aforementioned instance, when the official line was that both drivers contributed, team principal Christian Horner’s response on Sunday was that “there’s no blame apportioned more in one direction or another. Both were equally responsible.”

The seeds were sown for Webber’s eventual marginalisation in the former example, despite his competitiveness and short-lived supremacy over Vettel, which he seldom enjoyed following.

At a time when his compatriot is negotiating his own future, this could prove a formative moment in encouraging Ricciardo to take a leap of faith, and on the basis of his on-track style, the Australian requires little incentive to do so.