If somebody said on lap 20 of the Australian Grand Prix that Romain Grosjean would be pointless following the opening four rounds, you’d laugh, yet that’s precisely the Frenchman’s haul as Formula One returns to Europe this weekend.

Having run as high as fourth at Melbourne, Haas’ dual pitstop bungles – which also felled his teammate, Kevin Magnussen, Grosjean appeared inferior to the Dane in subsequent races at Bahrain and China. That he botched a golden opportunity to open his account at Azerbaijan, which included an outside chance of a podium after crashing behind the safety car, was even more galling.

His initial response, blaming Sauber’s Marcus Ericsson for his self-inflicted casualty – despite the Swede trailing well behind at the time, smacked of desperation at a time when the 32-year old faces an uncertain future in his third season with the Charlotte-based outfit and seventh full-time campaign.

Haas team principal Guenther Steiner, who is unafraid to tell it like it is, remarked to racer.com that “you don’t expect that from a rookie” of the Baku episode, and lamented the team’s ongoing collective inability to capitalise in such situations.

“It feels like we always let it slip. We are not using the potential of the car” he stated, adding that “we just need to get it together for one weekend, execute it well over the whole weekend.”

Until recently, Grosjean hadn’t found himself shaded by a teammate since his stint alongside Kimi Räikkönen at Lotus, where the Frenchman began to assert himself towards the end of their partnership. Though Magnussen’s increasingly elbows out, uncompromising style (not dissimilar to a raw Grosjean circa 2012) is leaving the latter wanting and prone to errors such as Baku.

The Dane was audibly displeased with Grosjean’s pace at Bahrain and China while trailing when he was clearly fastest of the pair, and the Frenchman won’t have done his status within the team any favours with his latest setback. Coupled with the frequent bemoaning of his situations on the radio, Haas’ faith in Grosjean can only extend so far if he can’t produce results when they’re on the table.

Antonio Giovinazzi is awaiting an opportunity, having counted himself unlucky not to land a drive at Sauber this season, while the Swiss outfit’s Charles Leclerc – bolstered by his stunning sixth at Baku, could be considered for an upgrade as he continues his development prior to an inevitable future Ferrari berth.

If Gene Haas and Steiner call time on Grosjean’s tenure, the Frenchman doesn’t have a logical alternative in the wings, and any designs on joining Ferrari himself – a major factor in his decision to join Haas in the first instance, are unlikely to be realised.

Yet, there is one possibility which could be considered both going back to the future and logical, which is Renault. The Enstone outfit is content with its current combination of Nico Hülkenberg and Carlos Sainz, though it faces the very real prospect that the latter will be seconded back under the Red Bull umbrella should Daniel Ricciardo move on.

The Spaniard was ‘loaned’ to Renault from Toro Rosso towards the end of last season, thus, in tandem with the certainty of Red Bull severing its ties with Renault for 2019, is unlikely to have much say in the matter short of buying himself out of the contract.

Having debuted with Renault in 2009, and returning to Enstone under its Lotus guise in a full-time capacity from 2012 through 2015, Grosjean would be in a familiar environment if another stint came to pass. 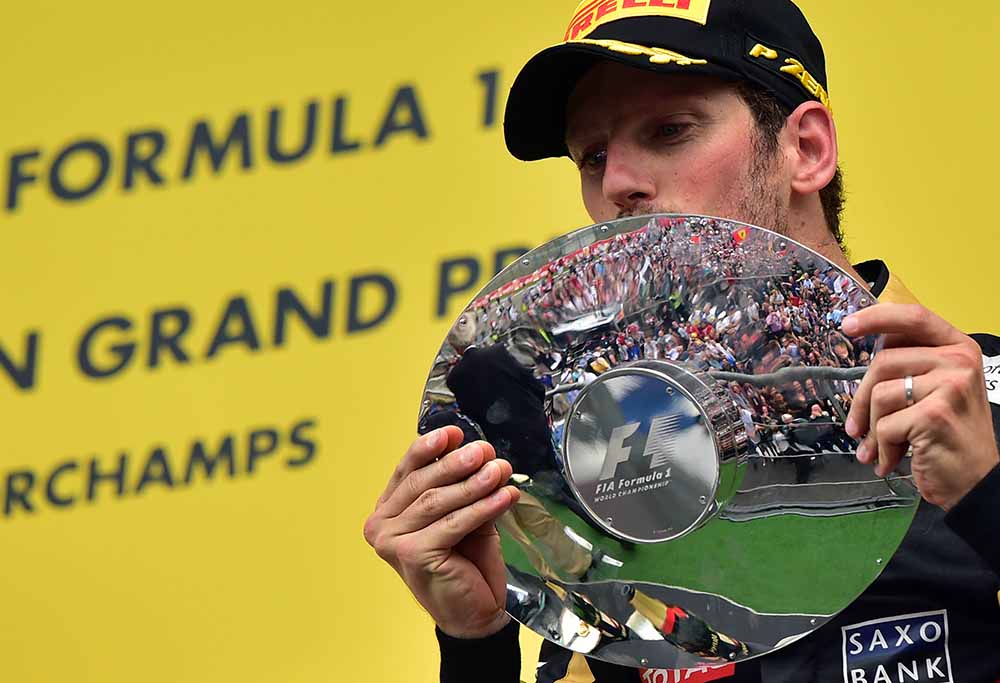 He’s even stated his desire to represent the French manufacturer once more, so this option would be extremely enticing should a vacancy arise and he finds himself on the outer at Haas.

“Going back to Renault one day would be lovely, but it should be the time when we could be world champions together”, Grosjean told formula1.com last year. 2019 will be Renault’s fourth campaign since its return, and to answer the Frenchman’s premise, it isn’t a stretch to surmise that it’ll be entering that window in the next two seasons.

It’s all hypothetical for now, and Grosjean must first warrant an opportunity, which on the current evidence suggests there are far more compelling options.

Let’s say it’s not difficult to fathom that a certain Spanish driver who isn’t Sainz is casting an eager eye over Renault’s progress…though with the clock running out, he has all the incentive necessary to renew his efforts and fulfil the potential everybody witnessed in 2013.