The unbearable lightness of being Brazil

All-time superstars Ronaldo, Ronaldinho and Kaka were still dressed in yellow, albeit fat or uninterested by that stage.

They were World Cup, Copa America and Confederations Cup title holders. There was no escape from them.

Pre-South Africa 2010, when Luis Fabiano, Kaka and Robinho briefly looked like the bee’s knees, I listed my fantastical understanding of Brazil as follows:

I’m no doubt buying into stereotypes, but what is that certain something about Brazil that sets it apart from every other country? Is it a lack of inhibition, a society that is open to any possibility and whose limits are only its crushing social divides, the poverty and racial stigma against its lower classes?

The Brazilian story is a swarming culture where basically anything goes in a good and a bad sense, a whirling kaleidoscope of motion and colour and emotion and sensory overload. Compared to the sedate Spanish countries surrounding it it is an island of acceptance, of pleasure and suffering, where the highs are higher and the lows are lower, a miracle in one sense.

Floral bollocks, you may think, but Brazil this decade is the story of a country that lost its invincible sheen.

Regular, if unexpected losses will do that, I suppose. Was it also the emergence of Spain, the proof that anyone can reinvent, a dangerous reminder to Brazilians that one cannot live on hype and the past forever?

I was in Brazil for World Cup 2014 and the dislike of Spain there was undeniable. Their excuse was that Diego Costa chose to play for Spain and not Brazil. I think they were just scared – for the first time ever, it appeared their label as the world’s most recognisable, iconic national team was under threat.

There are several angles to approach the mini-fall of this decade. One is that it’s as yet hard to compare Neymar, who does have to ability to reach their level, with Ronaldo, Rivaldo and Ronaldinho. If anything, he has already achieved more than the former two at club level, but unfortunately football debates are a vibe thing, and the vibe is that Neymar lost a quarter-final, and the others won a World Cup.

Another approach is to contrast the unbound optimism of the Brazilian nation last decade, which featured a decade of growth, with this decade. Brazil was collectively excited but probably foolish to campaign to host both the 2014 World Cup and 2016 Olympic Games, which each ended up as white elephant tournaments.

Photos of the multiple Rio de Janeiro Olympic venues from August 2016 in 2017 show them already overgrown and abandoned. Instead of ephemeral sports, why not better-equipped hospitals? Why not better public transport?

This was coupled with the controversial change of president and cabinet in 2016 that many Brazilians liken to a coup d’état.

A Brazilian I know commented this week, “The economic situation here is very bad. The country’s energy is sad right now. The corruption is absurd.”

Statistical analysis of Brazil’s stunning 2-1 loss to Belgium suggest the former could expect to win this kind of match 96 per cent of the time, so they merely missed chances and saw Thibault Courtois play a blinder.

Data also says Neymar played a busy and effective tournament, comparable to Johan Cruyff in 1974, and was not the comical, ridiculous failure our eye and smell tests tell us. 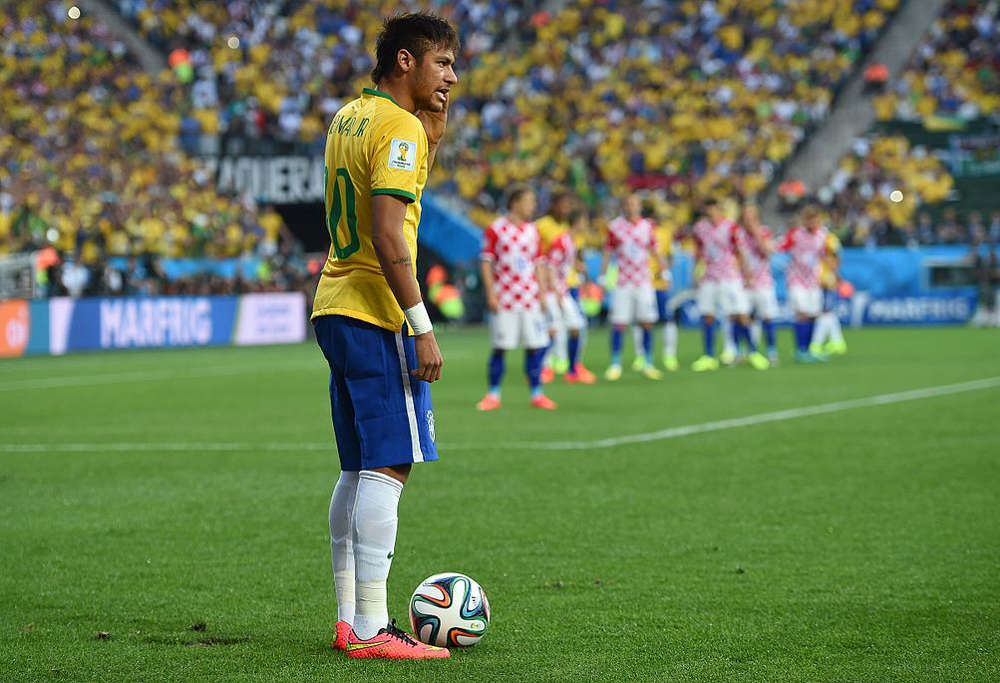 Brazil seemed to strike a balance at Russia 2018. Coach Tite seems the only man in all Brazilian football with a head on his shoulders and he chose in-form players delivering the goods for their clubs – young, pacy ones. Contrary to their history, Brazil hopefully consider his reign part of a project and not just the destination that World Cups admittedly always are.

But I wondered from Tite spending too much time verbally condemning Switzerland’s equaliser, from Neymar’s ridiculous tears after the run-of-the-mill Costa Rica match, if Brazil had learnt nothing from the emotional meltdowns of 2010 and particularly 2014.

Their standard 2-0 wins over Costa Rica, Serbia and Mexico seemed controlled and balanced, but not intimidatory. France may well win Russia 2018 playing games like this, but it was clear against Belgium that Brazil had never faced attackers as direct and competent as Kevin de Bruyne, Eden Hazard and Romelu Lukaku.

Rationally, Brazil’s 2-1 losses to Holland and Belgium in 2010 and 2018 were one-match aberrations for a country that probably won both tournaments in a parallel universe.

But in our universe this is also their fourth consecutive World Cup to end without a trophy, three at the quarter-final stage, which is always the stumbling point of scoundrels.