Has there ever been a more eventful grand slam?

Twenty minutes. That is all it took. The two-week long 2018 US Open will be remembered for all the wrong reasons, because of 20 minutes.

We should be reflecting on the stunning feats of champions Naomi Osaka and Novak Djokovic. Or, perhaps, Juan Martin Del Potro’s resurgence.

How about the fairy-tale run of Roger Federer vanquisher John Millman or Bethanie Mattek-Sands winning the mixed doubles title, with Jamie Murray, just over a year after she overcome a potentially career-threatening knee injury?

The shot clock seems to have been well received, albeit questions remain about when the countdown should begin.

Remember that time when Alize Cornet was handed a code violation for taking off her shirt on court, when men do that all the time? Rank hypocrisy and totally unacceptable.

What about Andy Murray joking he needed a check-up as he had “started imagining things” after Fernando Verdasco denied he spoke to his coach during the heat break in their second-round match? The Scot then used the hashtag #Liarliarpantsonfire.

Bye bye New York???? Was nice to be back out there competing in a slam again. Gave it my best effort but it wasn't enough. Thanks to everyone for the support and messages last few days ???? I'm off to get a health check as apparently I've started imagining things. #liarliarpantsonfire????

Personally, I particularly enjoyed the shouting down of the asinine proposition that grand slams should do away with best-of-five set matches.

Be it Alex De Minaur saving a ridiculous amount of match points against Marin Cilic, before ultimately falling just short in an epic five-setter or Rafael Nadal and Dominic Thiem doing their best Rocky Balboa impressions for close to five hours.

Can anyone honestly say their favourite men’s match was in the best-of-three format?

Billie Jean King, Andy Murray, Djokovic and journalist Ben Rothenberg may want the change to happen, but they are just being pugnacious if they answer that question with a ‘yes’.

Among the myriad of talking points, however, we are unfortunately left discussing that 20-minute window. You can thank Serena Williams for that.

Let us review what she said in the Arthur Ashe stadium.

Apologies, that was another time Serena acted without a sense of, let’s say, decorum.

In the 2009 US Open semi-final, Serena was on the brink of defeat against Kim Clijsters. Down 15-30 in set two, she was called for a foot fault on her second delivery, resulting in a double fault.

Serena then launched into a foul-mouthed tirade against the diminutive lineswoman, who said she felt threatened by her.

Eventually, Serena was pulled up for a code violation for unsportsmanlike conduct and, as she had already been warned for racket abuse in the first set, Clijsters, by rule, was awarded the point – which happened to be the last point out the match.

A similar unsporting incident took place in the 2011 US Open final, against Sam Stosur, when Serena yelled “Come on!” before the point had been, definitively, won.

The American clearly was going to win the point, but umpire Eva Asderaki correctly ruled that this was a violation of distraction rules in tennis. Ergo, Stosur was awarded the point.

An incandescent Serena then said to Asderaki: “I’m not giving her the game. You’re nobody. You’re ugly on the inside.”

And just for good measure, she later added: “You’re totally out of control. You’re a hater and unattractive inside. What a loser.”

Some things have changed since 2011. Serena now has a phenomenal 23 slams, she got married and she has a daughter. It appears, however, she has not changed when it comes to treating the officials with whom she disagrees, with much respect.

Osaka was far too good for Serena in front of a raucous New York crowd on Saturday night.

“If you can keep your head when all about you are losing their heads and blaming it on you.” It is almost as if Rudyard Kipling concocted this line in his poem ‘If’ after watching the incredibly humble and talented 20-year-old, who was a set up before all hell broke loose.

In those 20 minutes, Serena received a warning for being coached from the stands, something Patrick Mouratoglou admitted to. She then got a point penalty for smashing her racket and finally, she called umpire Carlos Ramos a “liar and a thief” – which led to a game being docked. 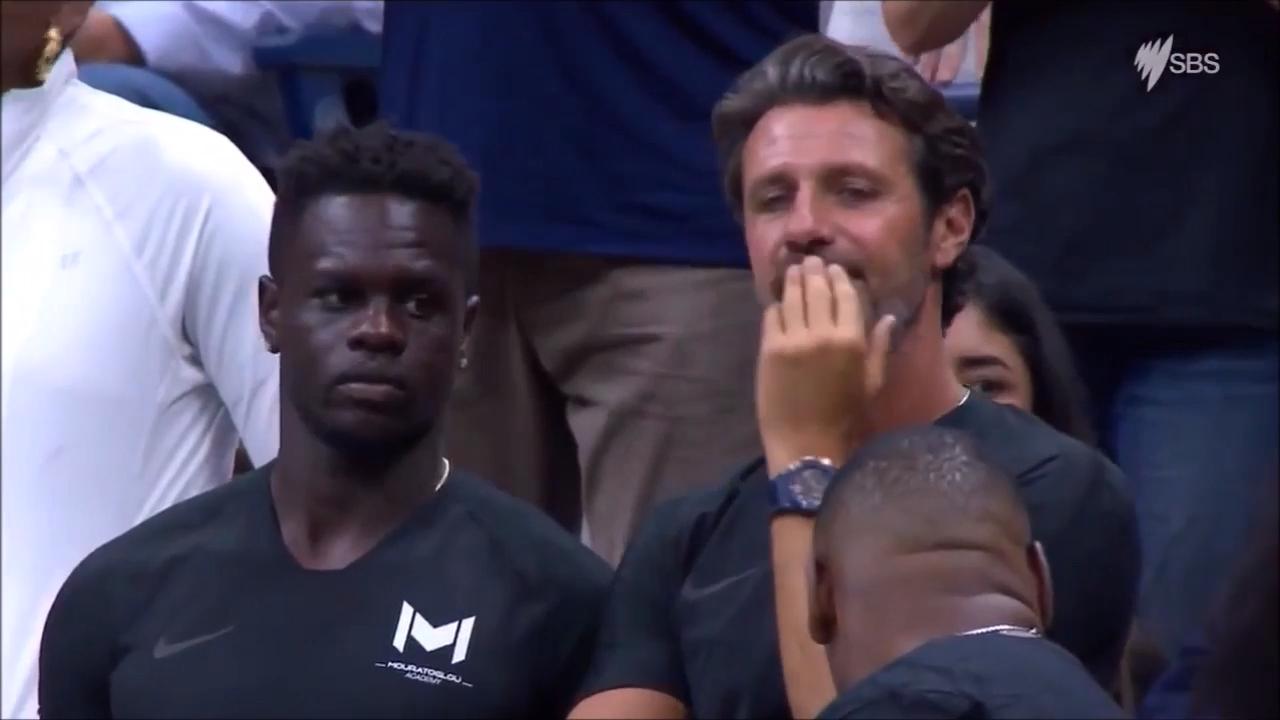 The commonality between these incidents? Serena was losing in all of them.

The 36-year-old continues to champion women’s rights and she has achieved almost everything possible in the sport, in the face of so much adversity – but how is that relevant in a match where she was losing?

“I have a daughter and I stand for what’s right for her,” said Serena to Ramos.

So smashing an expensive object and calling someone a liar and a thief is something that we should teach our children, is it?

Perhaps past injustices – including being racially abused at Indian Wells in 2001 and being on the receiving end of some awful line calls at the 2004 US Open vs Jennifer Capriati – explain why Serena reacted this way?

But what of Ramos? The coaching rule needs to be looked at in greater detail, not just for the enforcement of it but getting rid of the grey areas.

Ultimately, however, Ramos stuck to the rules. He may have been too quick to dish out the code violations but he is a stickler for the laws of the game.

As Martina Navratilova said: “It is actually irrelevant whether the player saw or heard whatever instructions were given; either way, it is still an infraction.”

Coincidentally, there were 86 code violations against men and 22 against women. These stats need context but if you are going to call Ramos sexist, you need to prove it.

By doing that you need to replicate the situation to the point that he calls three faults against a player.

The most famous disqualifications in the sport have been on the men’s side. Grigor Dimitrov smashed his racquet three times in a match against Diego Schwartzman, resulting in a match-ending penalty.

In 1990, John McEnroe was given a warning for unsportsmanlike conduct for glaring at a lineswoman over a call she made, then he got another for smashing his racquet and then he swore at the umpire – leading to him being disqualified. Men do get punished too.

Most high-profile disqualifications have been against men, is that sexism?

Tennis is far from perfect, but I repeat, if you make a claim, you must be able to back it up with evidence.

But the biggest injustice here was the one dished out to the brilliant Osaka, who is of mixed Haitian and Japanese heritage.

She dismissed her hero but ended up apologising later in the trophy ceremony, as a chorus of boos rang around the stadium.

Much of Osaka’s finest hour involved her wiping the tears from her face.

In the future, people may put an asterisk next to this win, saying ‘that was the slam where Serena Williams was docked a game’.

That is the biggest injustice of all – a 20-minute-long injustice.