Why you should watch the NBL this season

For perhaps the first time the lead-up to an NBL season could be described as ‘hotly anticipated’ as the talent level continues to rise and excitement builds towards what the season might hold.

NBL CEO Jeremy Loeliger stood before media and declared, “A lot of people talk about the glory days of the 90s. And there’s no doubt it was a great era for the game in Australia.

“But this is truly a golden era for Australian basketball. And what is really exciting is that there is no limit to how far the game can go.”

Loeliger touched on the lingering shadow looming over the league – they’ve been here before in the halcyon 90s and it didn’t last. The NBL’s re-emergence under league owner Larry Kestelman and Loeliger has focused on re-establishing the brand and developing its identity as not only a fun and exciting brand of basketball but as a legitimate second-tier league. However, now the league must show maturity.

The NBL must show that it isn’t a flash in the pan and it can deliver year on year. The good news for basketball lovers who are desperate to see the NBL become a mainstay of the Australian sporting landscape is that there is plenty to look forward to in 2018.

The empire strikes back
While the Perth Wildcats might claim to be the most successful team in the league and the Adelaide 36ers have been kicking about since Noah was a boy, the most iconic team of the NBL, much like in the NBA, wears purple and gold. It’s hard to imagine that we are less than a decade removed from the Sydney Kings going belly up and exiting the league.

The 2018-19 version of the Kings shapes as the most acclaimed team ever assembled. Jerome Randle is perhaps the most talented ballplayer outside of the NBA, which is where he’d be if not for a few more inches. Kevin Lisch is a former MVP. Brad Newley has paraded around Europe as well as multiple Olympics with the Boomers.

Of course the name that jumps off the page is Andrew Bogut. His NBA exit was forced by a Golden State Warriors team making cap space for Kevin Durant. That was followed by a few seconds with Lebron James’s Cavaliers when he suffered an unfortunate injury before he could break a sweat, and then a brief stint with a Lakers side that was so committed to playing youth that it paid Luol Deng $20 million not to play. 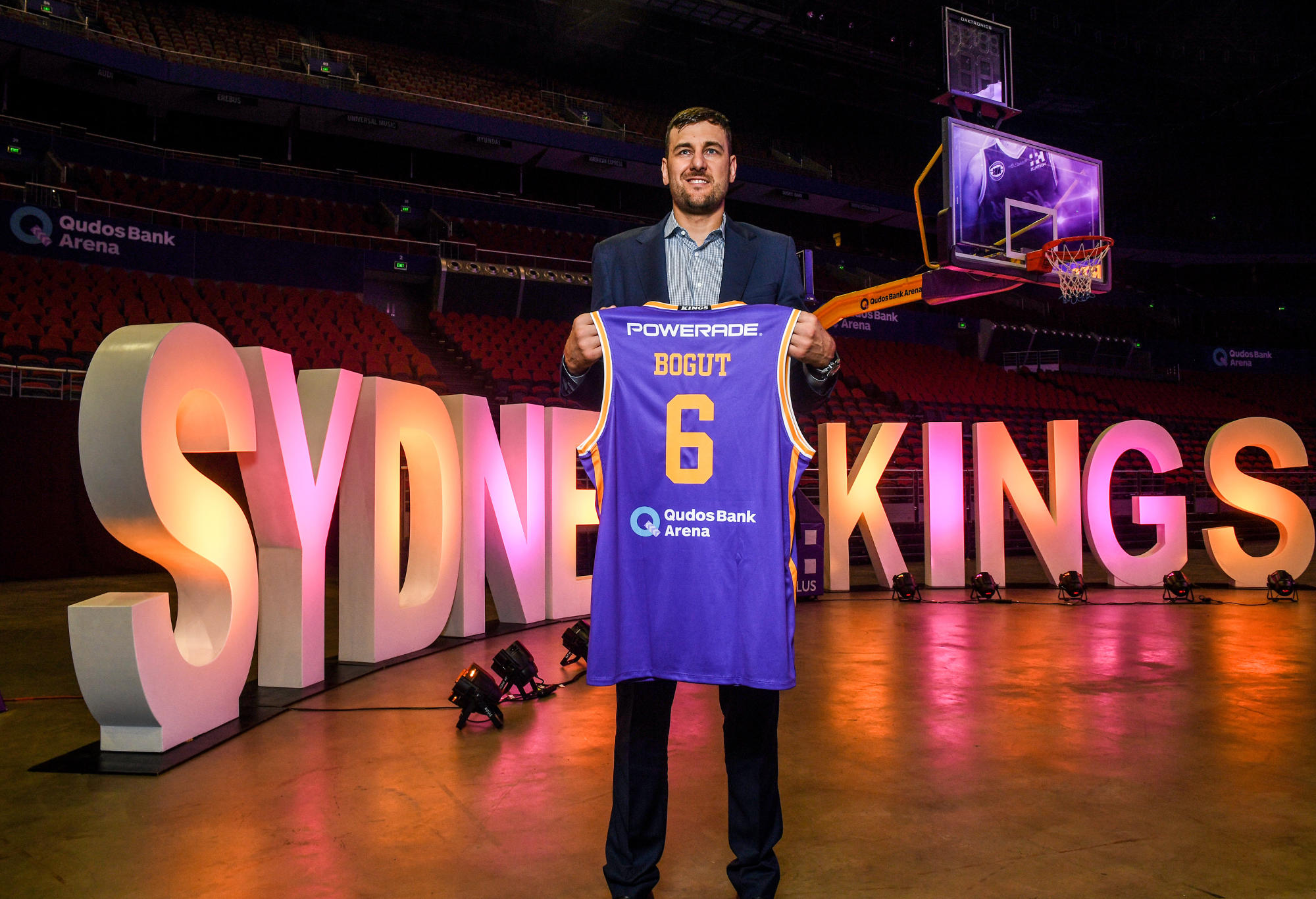 With that recent run the casual fan might be quick to label Bogut as washed up, and while the athleticism that saw him win the college player of the year and drafted as number one may be gone, Bogut is still a talent who possesses skills other in this league simply don’t.

The Kings aim to run an offence somewhat akin to the Golden State Warriors, and while they may not have two of the greatest shooters of all time as well as a hall of fame bucket-getter, they do have the whirring movement where neither player or ball is stationary for too long.

This offence will be an opportunity for Bogut to showcase his elite passing ability, and it’ll be exciting to watch his chemistry grow with Jerome Randle as the two of them terrify the league with their pick-and-roll combo.

The Kings won’t have a stroll to the championship and there is one massive elephant in the room: defence. For all his dramatics on the sideline, NBL legend Andrew Gaze has yet to instil what could be called an average level defence. Teams will focus on drawing Bogut away from the rim as many of the league’s top teams have bigs who are comfortable on the perimeter.

Of course having a five-foot-something point guard may be valuable for ankle-breaking highlights, but Randle lacks the physical tools to be a tough defensive assignment. 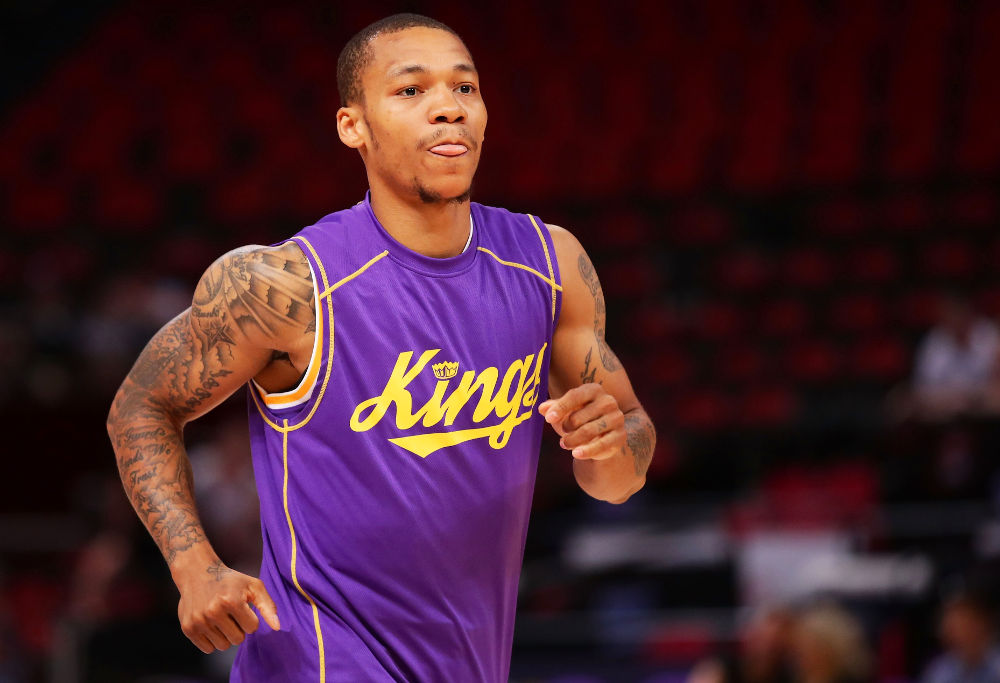 Obi-Wan Sobey
With the number of Aussies in the NBA at an all-time high, Ben Simmons would be the general public’s pick for favourite Aussie abroad, but in NBA Twitter realms the undisputed Aussie king of the NBA is Joe Ingles.

Maybe it’s because of his maths-teacher looks or that it seems like he wouldn’t be out of place down at the local midweek rec league – whatever the reason, perhaps the most impressive feature of Ingles’s unassuming rise to the NBA is that it started with an NBL rookie of the year award back in the heyday of the South Melbourne Dragons.

The next player putting his hand up for the NBL pathway to the big time is Nathan Sobey at the Adelaide 36ers. Sobey is a cut above the league’s guard with his athleticism and plays with an intensity akin to Russell Westbrook, just without one of the world’s most impressive levels of explosiveness.

Sobey turned heads in Utah, dropping 23 points on an efficient eight of 15. Entering the fourth year at the 36ers and at 28 years of age, it’s now or never. 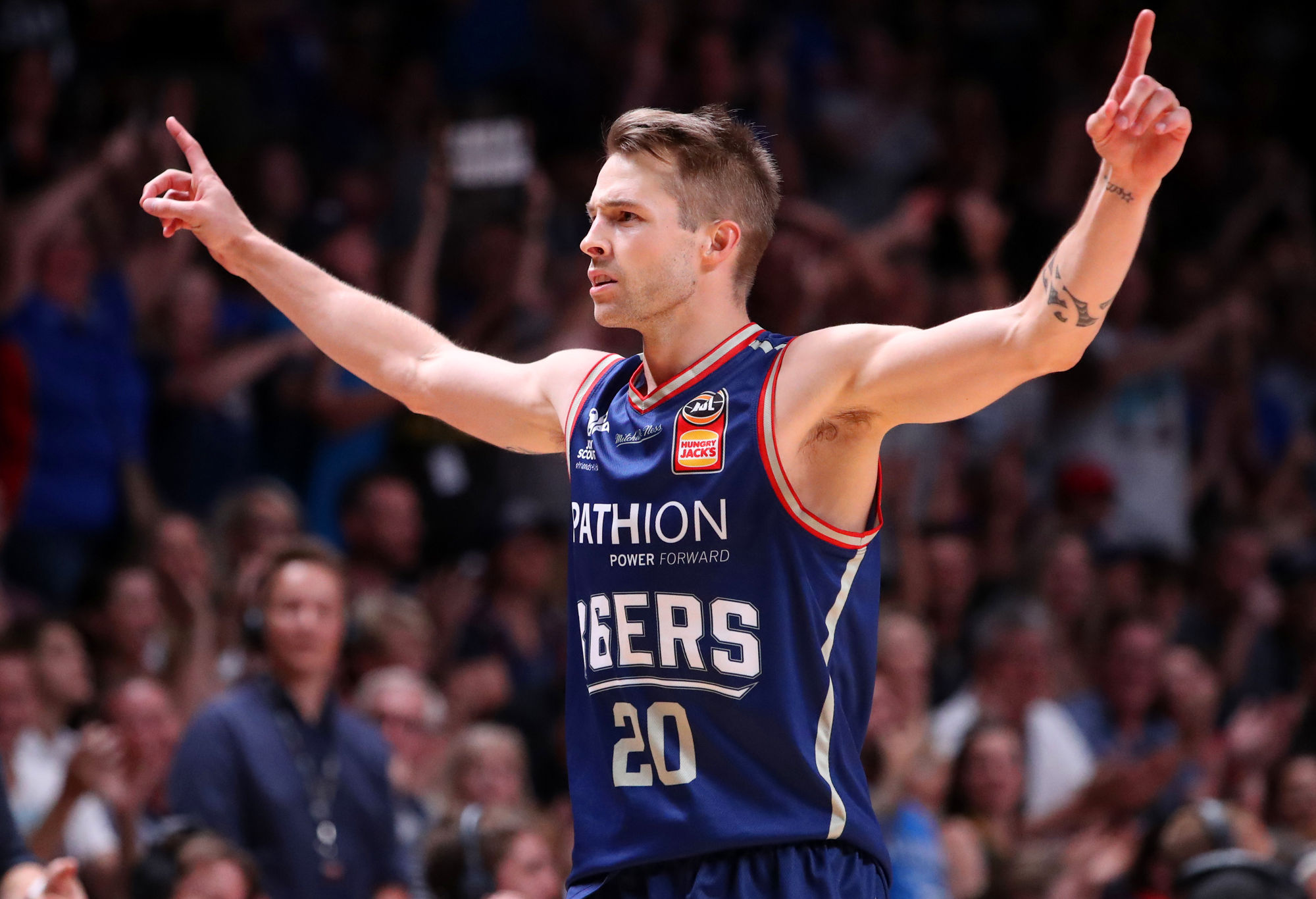 Brian Bowen
Australia has an infatuation with the NBA. Despite our small little population on the global scale, Australia has more NBA League Pass subscribers than any country outside of the USA. Many basketball heads make their pilgrimage to the States to watch live action, while others dream of the day they’re in an NBA arena.

Luckily NBA talent might be a little closer to home. Brian Bowen is the 20-year-old American who is taking his pay cheque directly from the league to play for the Sydney Kings. The Next Stars initiative gives top-level junior talent the opportunity to play professionally – read: get paid instead of going to wollege – while they wait for NBA draft eligibility.

As a two-metre-tall wing, Bowen ticks the boxes for the physical tools required to be a first-round pick.

Twenty-year-olds can have only so much impact in a league full of hard-nosed professionals, but the flashes of athleticism and raw talent on show is exciting to watch.

While Bowen is the first of the Next Stars program, he won’t be the first to jump from the NBL to the NBA – Terrence Ferguson took a similar route, playing a year with Joey Wright in Adelaide before being a first-round pick. He went from playing alongside Mitch Creek and Nathan Sobey to Russell Westbrook and Paul George.

Bowen showed good instincts in the Kings game against the LA Clippers, and it will be exciting to watch him develop as the year progresses. 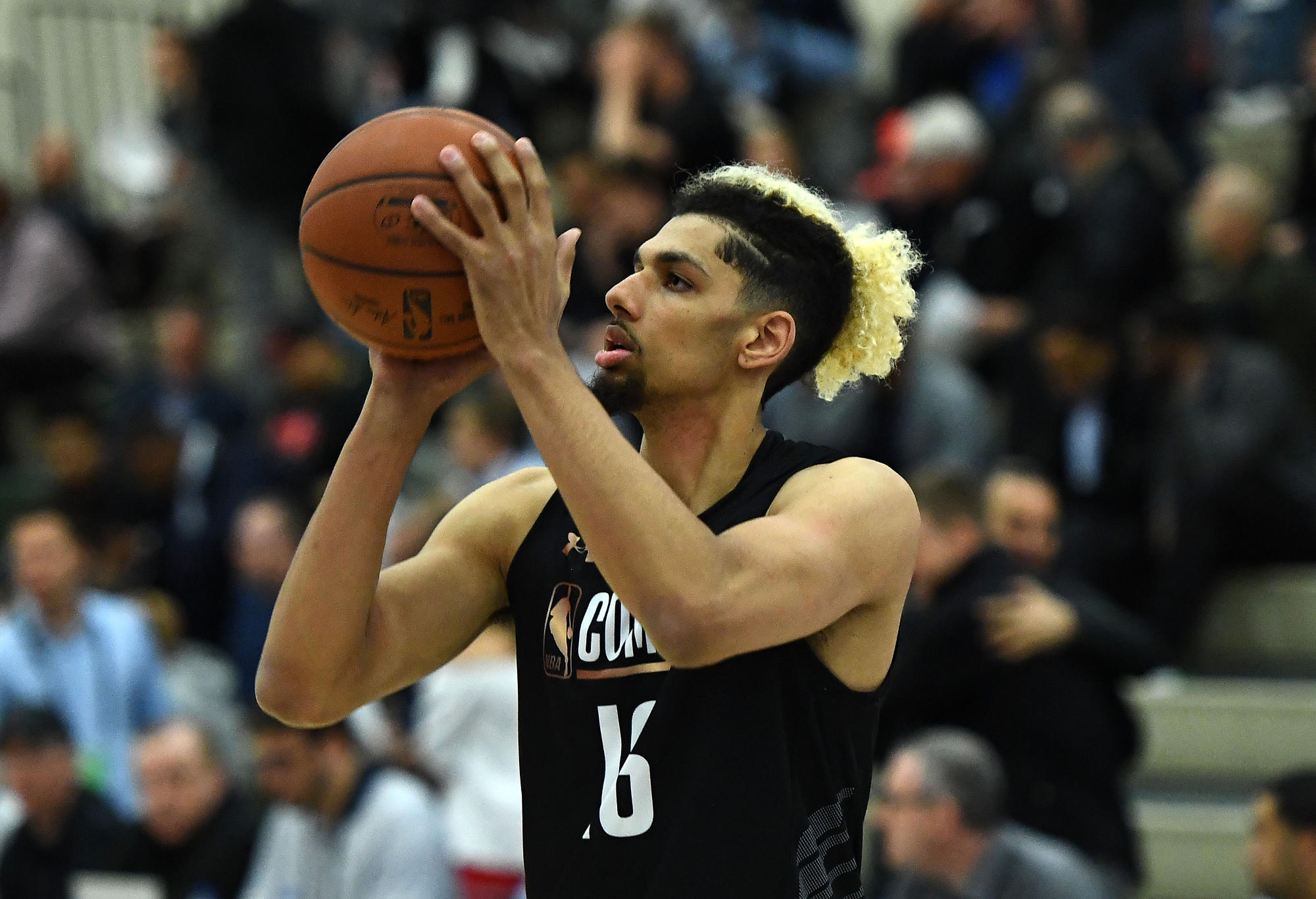 Cam Bairstow
The forgotten man of Australian basketball, Bairstow averaged 20 a game as an NCAA senior before landing a spot with the Chicago Bulls as a second-round pick. Bairstow is a banger who was neither tall enough nor athletic enough to cut it in the NBA. Nonetheless it was a coup for Brisbane to persuade him to come to Australia over the more financially lucrative European leagues.

But it hasn’t been plain sailing for Bairstow. He played only 13 games in his debut 2016-17 season before being shut down due to injury. Matters became worse and Bairstow missed the entire 2017-18 season due to a knee reconstruction. But finally Bairstow is back and will bolster an already strong roster.

It remains to be seen if he’ll hit the ground running or need time to brush off the rust. If Bairstow can find a way to play alongside Matt Hodgson, he could emerge as a nightly 20 and ten threat.

Boomer watch
Wild Filipino street fights aside, it’s a good time to be a Boomer. With the USA national team coming to Australian shores in 2019 before the World Cup in China, there is an excitement that Australian basketball is now well placed to make waves at an international level.

While the NBA names will make the headlines and fill the minutes, Basketball Australia has always found a place for a few NBL players to get in the mixm and there are still two or three roster spots available, whether for Sobey as sparkplug, for Chris Goulding and his shooting, US expat Kevin Lisch and his two-way play or for one of the host of Australian bigs, including Bogut, Daniel Johnson, AJ Oglivy, Bairstow, Hodgson or Angus Brandt, there is no shortage of options to fill the Boomers roster.

Every night will be an opportunity for the Australian based stars to put their hand up for selection. 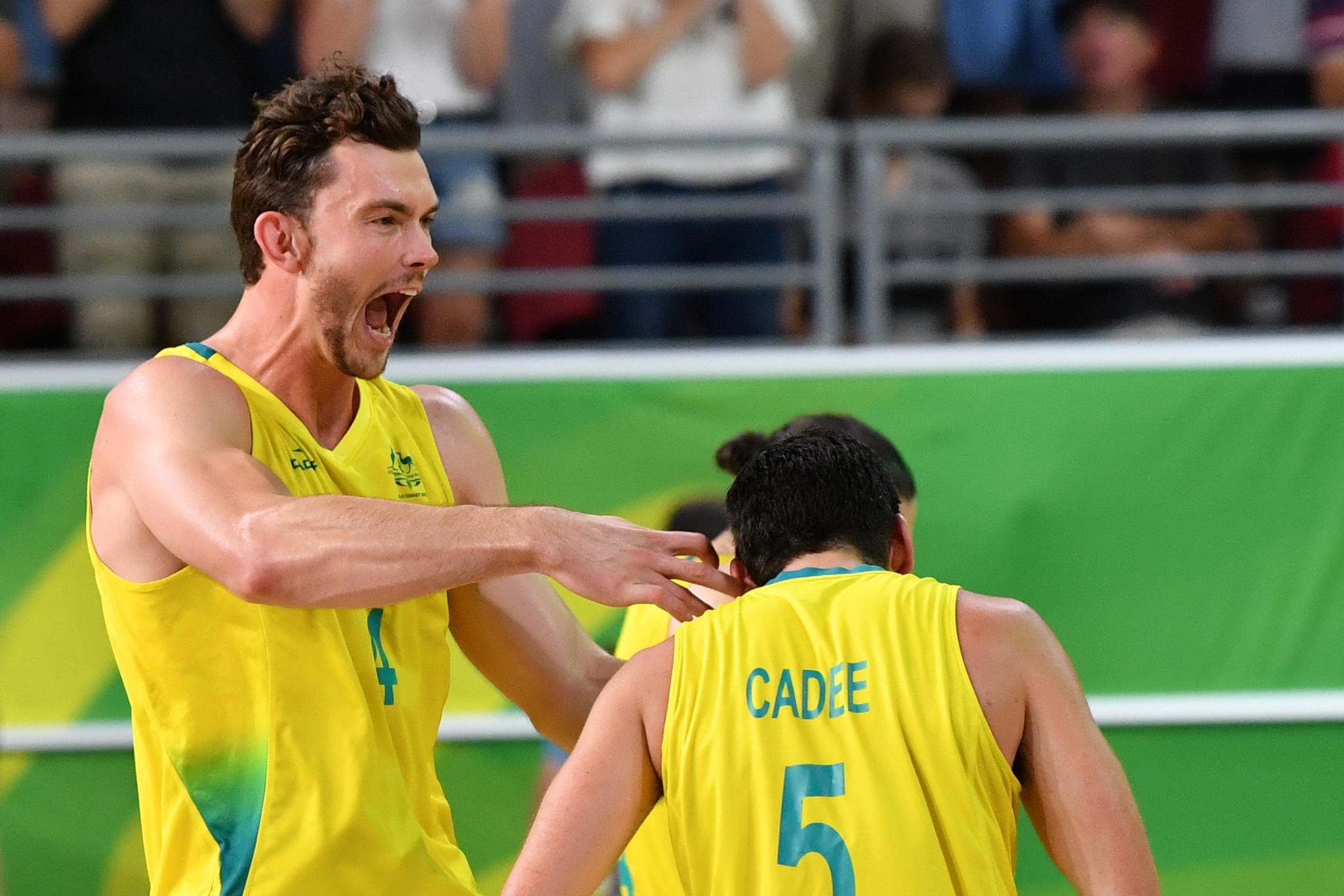 Melbourne United back-to-back?
The NBL can be a topsy-turvy league. Many teams battle with a rotating door of imports that come and go and Aussies who have to follow the best pay cheque they can find. In that climate Melbourne United have been able to enter their title defence with something all teams crave: continuity.

Josh Boone, David Barlow, Chris Goulding and MVP candidate Casper Ware return to set the base for another tilt. Daniel Trist, Mitch McCarron and import David Kennedy give them the depth needed to go all the way.

The league will be salivating at the prospect of a Sydney vs Melbourne showdown at the business end of the season, but could another team break from the script?

For the third year in a row, NBL fans will get to see their sides take on some of the best in the business in the 2019 NBLxNBA series. 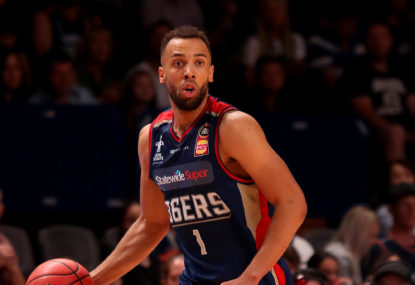 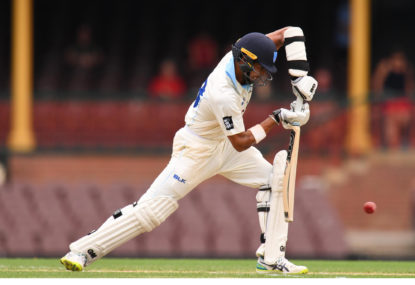 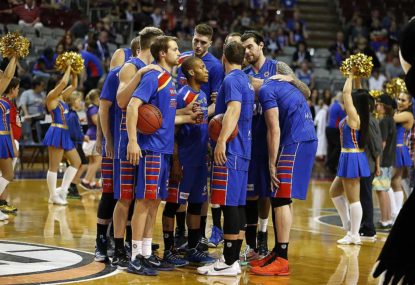