A-League Round 1 wrap (part 1): Why every team has a chance

Round 1 of the 27-round A-League season is over, but it didn’t tell us who would be dominant, who are likely to be the cellar dwellers and who might be lucky enough to win it all.

But it did show us one thing: every team is capable of doing it. From the dominant Sydney FC and Melbourne Victory to the undr-the-radar Brisbane Roar and Perth Glory and those that have been at the bottom of the table for the past couple of years, every team showed why they can do it.

However, there are also the reasons why they cannot. This is one of the closest seasons in the current ten-club era, which is why every team has a shot this year.

Why they can win it
Adelaide United are a team that many expect to be playing finals every year – though they’re my favourite team, so I’m sorry if I’m biassed in saying that.

Adelaide have one of the best defences in the competition, and that is why they can win it. With experience central defenders Dane Michael Jakobsen and outbreaking young Jordan Elsey, they have a hard pair to pass this year. These two have led the backline by example, with no goals being conceded during the run to the FFA Cup final.

With very impressive performances from both, in particular Jakobsen, they look like an excellent combo for Adelaide and will create a formation that will trouble attackers.

Why they can’t win it
Since 2011 Adelaide have struggled in one area: attack. Since 2011-12 only one player has cracked the A-League ten-goal mark, and that’s Dario Vidosic, who isn’ even a striker. In 2016-17 their top scorer was former United centre-back Dylan McGowan.

Last year strikers Baba Diawara and George Blackwood combined for only seven goals. Sure, Diawara had injury problems and Blackwood is a young developing striker, but in order for Adelaide to succeed this year these two need to get fit and firing. If they can, Adelaide could be a very good team. If not, Adelaide could once again be looking at a fifth-place finish. 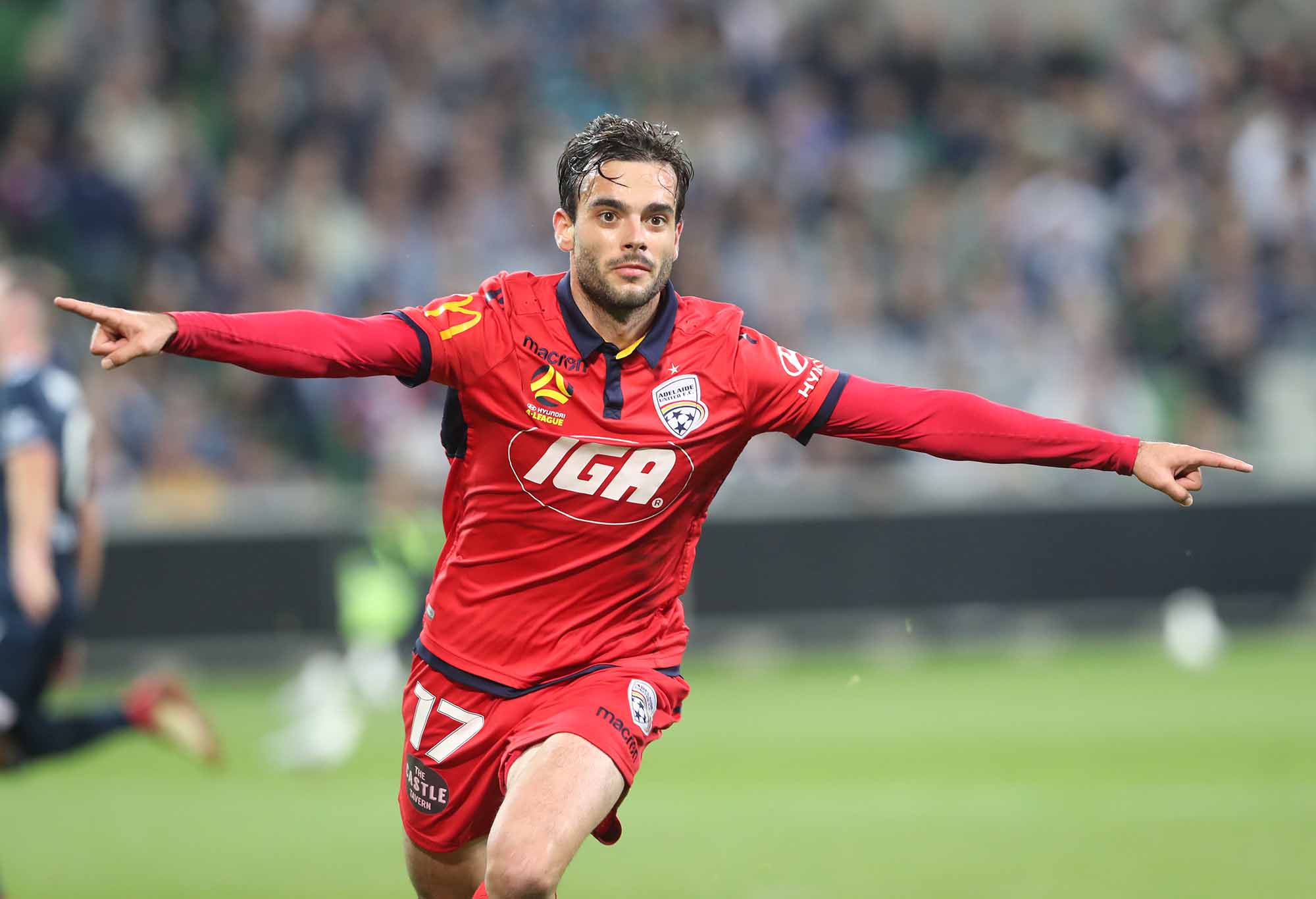 Why they can win it
One man could be the difference for Brisbane this year: Adam Taggart. When Taggart is consistent and playing good football, he is one of the best strikers in the league – and possibly in the nation when it comes replacing Tim Cahill. In his last three A-League seasons – 2013/14, 2016/17 and 2017/18 – he averaged a goal every two games.

Taggart could be what Brisbane needs to replace former Roar striker Jamie Maclaren. In season 2017-18 Brisbane missed that quick and fast goal scorer who scored in almost every game. Adam Taggart could be the man who brings goals to Brisbane after being the third-worst goal scoring team last year.

Why they can’t win it
One thing Brisbane lacked last year was consistency, and last season they were unable to string together a major winning run. Even in preseason, Brisbane drew three games, won one, and lost their FFA Cup opening match to Melbourne City. This is not consistent enough for a team that want to be challenging for finals and the championship every year.

It’s only early in the season, but they really should’ve beaten the Mariners. Full credit to Central Coast for getting the draw, but if Brisbane want to challenge for the title this year, they need to find consistency and win games like these. 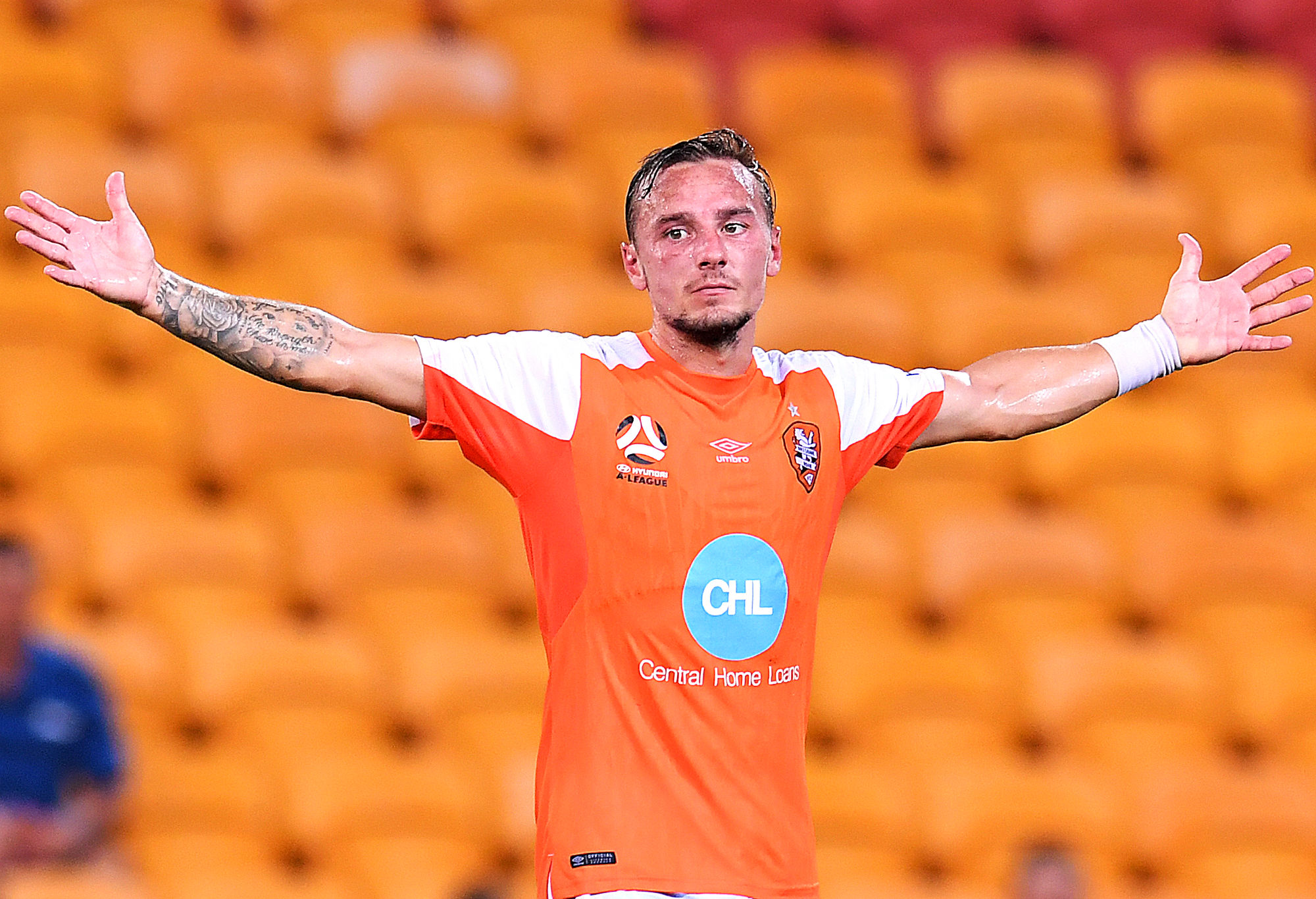 Why they can win it
The Mariners have recruited outstandingly this preseason, in particular the acquisitions of Tommy Oar and Ross McCormack. If these two are firing, there could be many goals to come, bringing a lot of joy to suffering Central Coast fans. With the addition of Kalifa Cisse, their new recruits look like ones to watch this season.

But there’s also a new vibe at Gosford this season. There is a new positive atmosphere around the club, which could contribute to joy returning to the once very successful team.

Why they can’t win it
The expectation. Every year since 2015-16 there has always been a glimmer of hope that the Central Coast Mariners will perform well, but it’s never come to pass. Last season, after they beat the powerful Sydney FC 2-0 at home, everyone talked about how fantastic they were, but they began to fall immediately afterwards, which has happened many times over the past three seasons.

If they want to be successful, they have to move past the hype and show the league that they are the real deal and start winning. As brutal as that sounds, winning is one thing that has been missing from that club’s culture in the past few seasons. Hopefully new coach Mike Mulvey and his new recruits can bring that to the Gosford side. 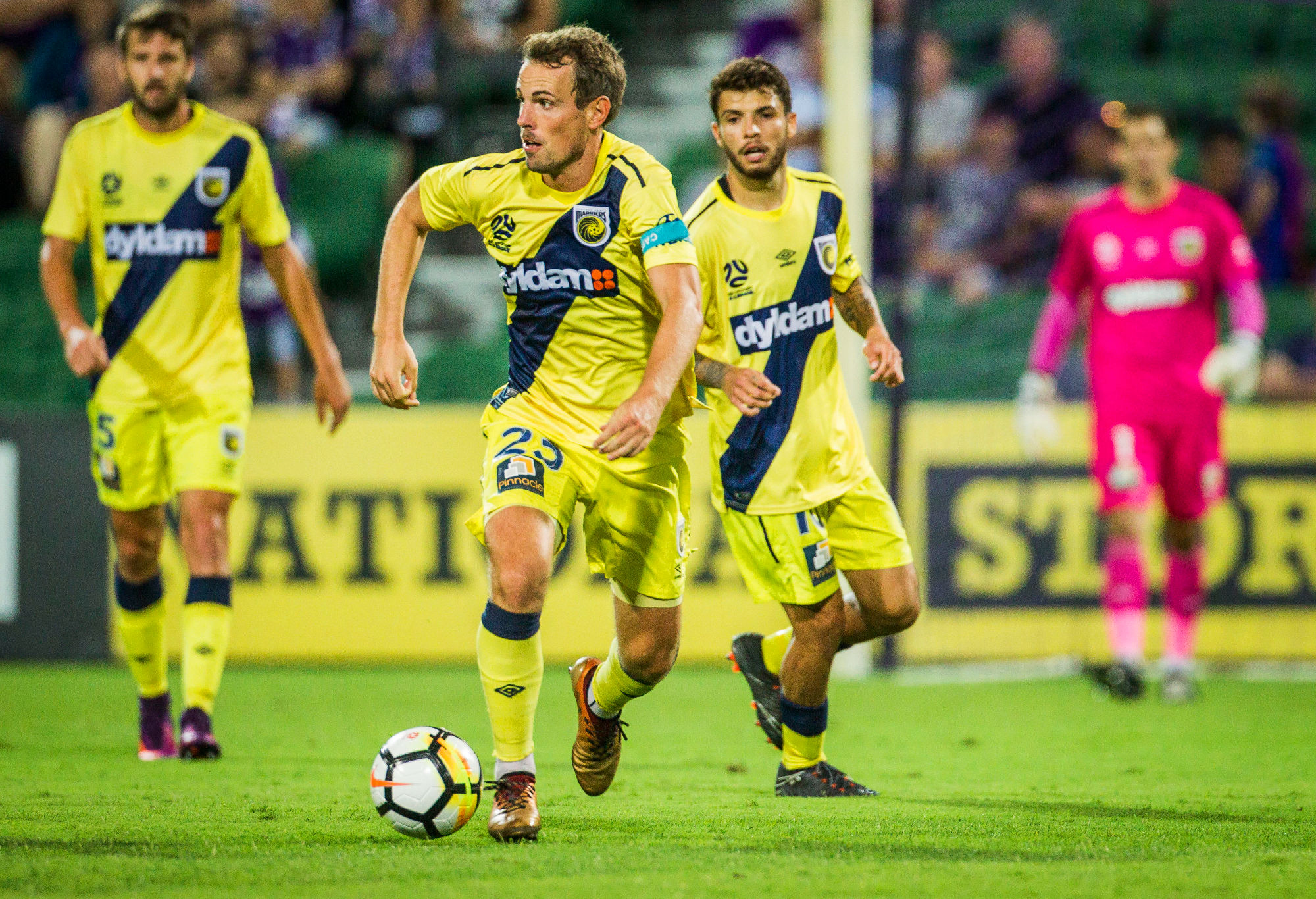 Why they can win it
The big names. On their team list they have some of Australia’s best young and upcoming players and some of the league’s biggest foreign players. Riley McGree, Harrison Delbridge, Nathaniel Atkinson and Lachlan Wales are just a few of the bright players on their list, and when they are firing they are excellent.

Then you look at their imports. The great scorer Bruno Fornaroli will be looking to have a big year after injury hampered his previous season, impressive Dutch defender Bart Schenkeveld impressed in his first year, Belgian Ritchie de Laet and Scotsman Michael O’Halloran have looked impressive during the preseason and will look to make a major impact in their first season Down Under.

If all these names are firing, City can and should be one of the best teams in the league.

Why they can’t win it
The big stage. In the past three seasons Melbourne City have always finished third, but when it comes to finals they have always disappointed, losing to Adelaide 4-1 in the 2015-16 semi-final, losing to Perth 2-0 in the 2016-17 elimination final and losing to Newcastle 2-1 in last season’s semi-final.

They have always disappointed when it comes to the end-of-year tourament. With the club looking to make its first Asian Champions League appearance, there will be a lot of pressure on City to get that spot and finally prove that they can do it on the big stage. 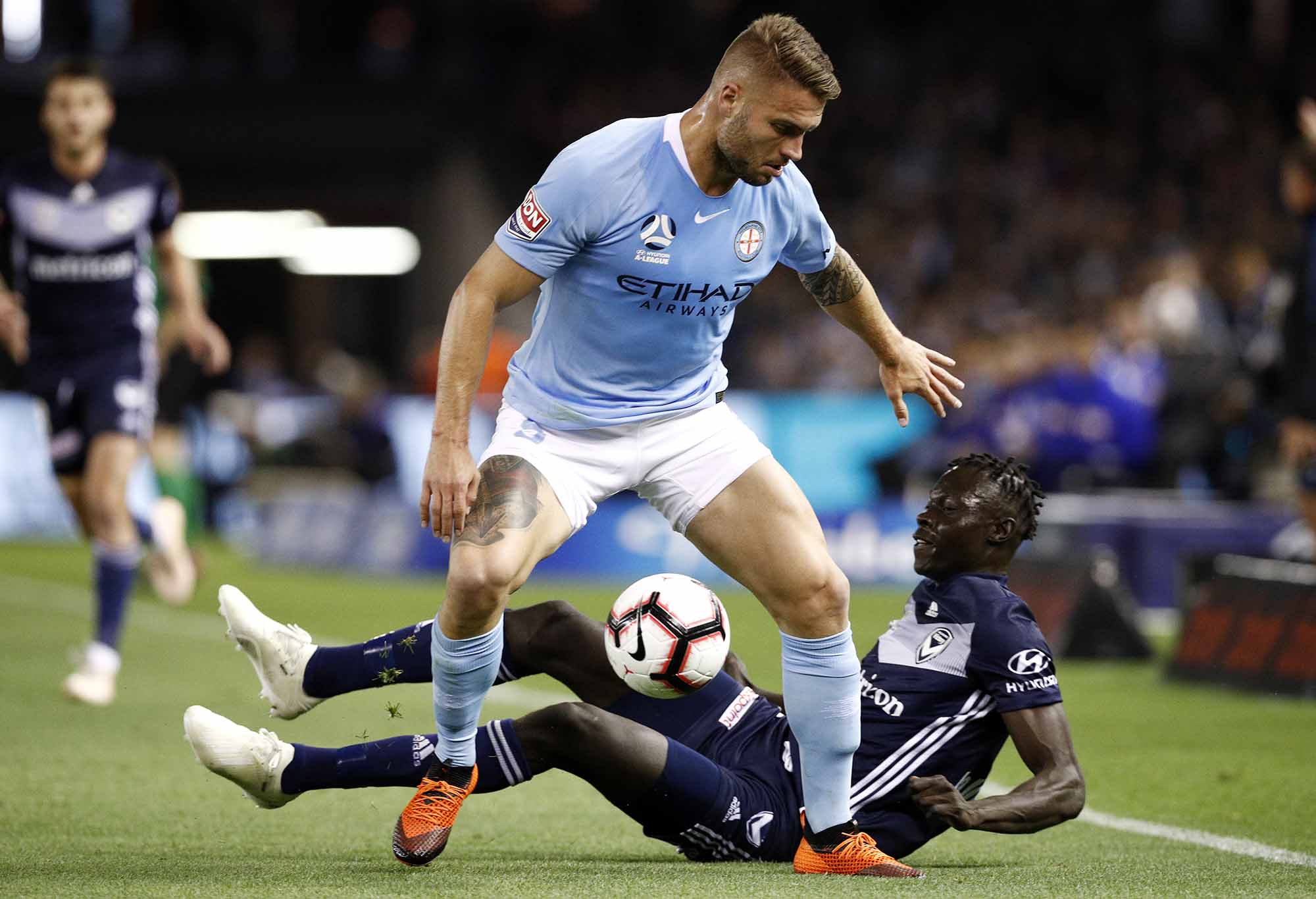 Why they can win it
They’re the reigning champions and one of the season’s favourites. They can win it because of their brand-new attacking duo Keisuke Honda and Ola Toivonen. Both are big-time recruits for the Victory and are coming in off the back of scoring at the 2018 FIFA World Cup for Japan and Sweden respectively.

This could be one of the best duos in the league, and if they get into some consistent form, they could be a hard combination to stop.

There’s also the fantastic trio of Kosta Barbarouses, James Troisi and Terry Antonis accompanying them in what could turn into one of the best midfield and attacks we have seen in recent seasons.

Why they can’t win it
The loss of players. The Victory lost three fantastic players in Rhys Williams, Leroy George and A-League record goal scorer Besart Berisha. These players will leave a big gap in Melbourne’s defence and attack. They were pivotal in winning the championship last season, and in particular Berisha has been key to their success since joining in 2014.

Sure, they have big names like Honda coming in, but players like him have to prove that they can do it down here and dominate like those three did. If not, it could be a hard season for the Victory.

Next comes part two, where I’ll review the five remaining clubs, but I’m interested in your views as well. After seeing the opening round, who do you think is on track to do well and win the championship?