Crackling and Spanks: Wallabies on the upswing, cricketers walking tall

Mercurial speedster Roy ‘Crackling’ Pork and renowned workhorse Wayne ‘Spanks’ Spankle break it down and spit it out for you.

CRACKLING: Well Spanks, the Wallabies had a win, and it couldn’t have been more impressive. Unless the Wallabies were better at rugby.

SPANKS: I always said Michael Cheika’s boys would turn it around. It’s amazing what a difference a week and a greatly inferior team makes.

CRACKLING: Does this point the way for a new direction for the Wallabies?

SPANKS: Absolutely. I’ve heard Cheika and his assistants are already drawing up a new gameplan, where the team focuses less on ball-in-hand running and more on only scheduling matches against extremely weak opposition. He’s already in talks with Rugby Australia about the possibility of changing the Bledisloe Cup to a best-of-seven series against Georgia, and I think that’s a really positive move.

CRACKLING: The other big positive, of course, is the form of Michael Hooper, who is the best winger Australia has ever had play openside flanker, and Matt Toomua, who barely even made any crippling errors against Italy.

SPANKS: It’s all upside, and if Australia can lost by 20 points or fewer against England, I would say we’re favourites for the World Cup. 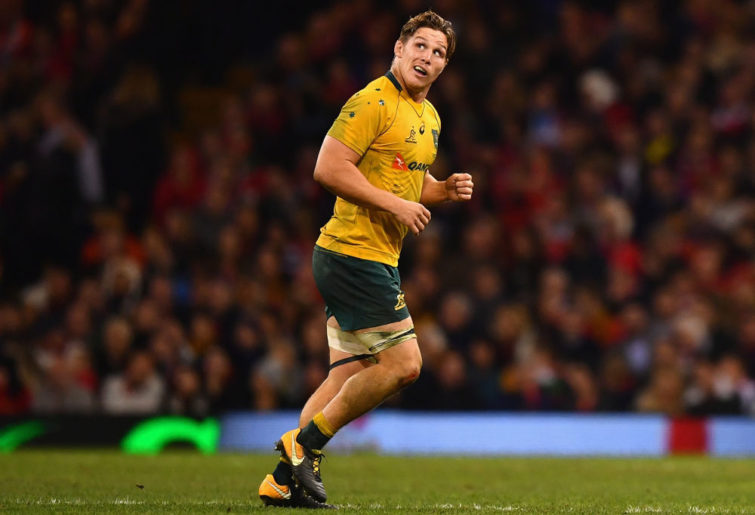 CRACKLING: And not just in rugby – we’re looking good in cricket too.

SPANKS: Absolutely. It’s like I always say: anyone can win a T20, it takes real talent to lose seven wickets in ten overs.

CRACKLING: Glenn Maxwell is the key.

SPANKS: I disagree. Maxwell has a bad habit of coming in when the game is already lost, and then not winning it. It’s damaging team morale.

CRACKLING: You think he should get out quicker when the cause is lost?

SPANKS: As long as Maxwell is in, the rest of the players continue to have hope, and that’s a real downer when that hope is dashed. That number six and seven area is a tricky one, and you need someone who can come in when the top order has failed miserably, and make them feel a bit better about themselves by also failing miserably.

CRACKLING: Shaun Marsh has hit form too, which is great news.

SPANKS: I love Shaun Marsh as a player, and I always have, and here’s why: he’s pretty much the best available. Say what you want about ol’ Son of Swampy, but he has the uncanny knack of being a slightly better bet than whatever else is out there.

CRACKLING: His old man was the same, of course.

SPANKS: He was. I remember in Brisbane in ’87-88, Swampy played one of his typical gritty, hard-fought 20s, and when he came off I said, “Geoff, how do you do it?” And he smiled that beautiful Swampy smile and he said, “Spanks, it’s all about holding the bat the right way up.” You can tell he taught young Shaun that same lesson.

CRACKLING: He was a one-off, Swampy, and he was always there for younger players to give them advice, whether they wanted him to or not.

SPANKS: Speaking of champions, how about LeBron James?

SPANKS: LeBron. King James. Scored 51 points for the Lakers against the Heat.

CRACKLING: When Australian teams play overseas, I follow them. Otherwise, I figure the world is none of my business.

SPANKS: Well LeBron had an awesome game. He may just be the greatest of all time.

SPANKS: Well Andrew Gaze is sweating on the fitness of his –

SPANKS: Well in other news, Collingwood has gone to Germany.

SPANKS: No, they’ve gone there to find a way to fix their hamstring injuries.

CRACKLING: Big mistake if you ask me. I mean… You know who else went to Germany?