It wasn’t the result the country wanted, but the first Test of the summer was a beauty.

A game that ebbed and flowed for both teams ultimately ended with India drawing first blood, winning by 31 runs, but the first Test on home soil for the new Australian Test team, one without Steve Smith and David Warner but featuring ‘elite honesty’, raised more questions than it answered.

Soft dismissals, DRS dilemmas and the all-rounder debate are issues that will be focused on in the short three-day turnaround to the second Test at the new Optus Stadium in Perth. That being said, here are five takeaways from the game that I, as a fan, learnt from a cracking opening Test to the Aussie summer.

1. It only takes one
Cheteshwar Pujara. The man they compare to former Indian No.3 ‘The Wall’ Rahul Dravid was just that, playing beautifully in both innings for 123 and 71 respectively, top-scoring for India in both and being named man of the match.

The beauty of Pujara’s innings was he did it his way. He admitted after his century that it was tough batting out in the middle, but that didn’t affect the way he went about his business. Playing his game, placing a high price on his wicket, waiting patiently for his deliveries – Pujara’s innings was unlike anyone else’s.

He was the only one to play two valuable innings throughout the game, and ultimately he was the difference between the two teams. If Travis Head had have been able to replicate his first innings or had Shaun Marsh delivered in the first, the Aussies may very well have gone 1-0 up.

2. Should the Aussie six be nervous?
I don’t think so. Even though none of them really performed to an expected level, five of the six showed glimpses of their capabilities, showing why Justin Langer and the Australian selectors think this is the best side to represent the nation.

Travis Head’s gutsy 72 with the tail in the first innings is to be applauded. His first Test on home soil at his home ground would have been a fantastic moment for him in his career, but it was a pressure-filled match in front of his home-town fans.

Half the nation blew a gasket after his poor first innings, albeit despite his dismissal being somewhat unlucky, but his 60 in the second innings showed exactly why he deserved selection.

Technically brilliant for 165 of 166 balls, he produced some of the best strokes you’ll see not just in this Test but in the entire summer – until the faintest of nicks saw him caught behind.

Marcus Harris showed potential on debut, Usman Khawaja and Peter Handscomb showed a bit of promise in the first innings and Tim Paine’s 41 in the second innings was a massive improvement on the first.

3. Down the order
Aaron Finch didn’t impress with the bat in any way, shape or form. He was out on a third-ball duck in the first innings and could have easily have gone similarly cheaply in the second had it not been for an Ishant Sharma no ball.

He was excellent in the field, but making runs is what he is in the side to do. While he opened well in the UAE, the new ball doesn’t have the same affect on Australian soil, and he looked uneasy at the crease.

There is no doubt Finch can devastate bowling attacks when he gets going, so a move down to six, where he has batted for the majority of his first-class career, may be more comfortable and ease some of the pressure on the one-day and T20 captain.

4. Come in, all-rounder?
But not Mitch Marsh. That’s not a slight on Marsh at all, but 21 and 11 to go along with match figures of 1-102 in a Shield game do not earn you a recall. But if the selectors and Justin Langer have pencilled in Finch as only an opener, along with a quick turnaround, hot Western Australian conditions and a tendency for Australian fast bowlers – mainly Mitch Starc and Pat Cummins – to break down, do the Aussies play an all-rounder in Perth to lighten the load?

Marcus Stoinis would be the man to fill the role. He’s averaging 42 with the bat and has taken ten wickets this Shield season to go along with an impressive ODI series against South Africa at the start of the summer. Batting Stoinis at six with Finch to miss and the rest of the order from Adelaide sliding up one to pair Harris and Khawaja at the top makes sense.

However, an ankle injury Stoinis suffered in the Shield game against Victoria at the weekend may quash any chance of a personal change to the team. 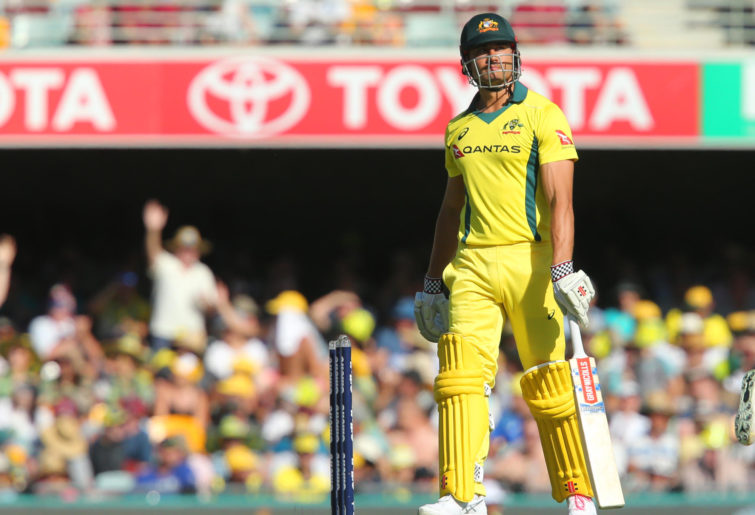 5. Poster boy Patty
Pat Cummins could be the next poster boy of Australian cricket. The enforcer of the bowling cartel, a more than handy lower-order batsman, and that run-out in the first innings, Pat Cummins has all the tools to be the next golden boy of Aussie cricket.

He’s a big moment player. Nicking off Virat Kohli in the first to a super catch from Usman Khawaja, the before-mentioned run-out of centurion Chet Pujara on the last ball of Day 1 after bowling 19 overs in nearly 40-degree heat, and a very watchful, very gritty 28 from 121 deliveries kept Australia’s chance of victory afloat on Day 5.

If he keeps producing moments like those, he could very soon be Australia’s favourite cricketer.