With the second season of the Gfinity Elite Series done and dusted, it’s almost been a case of deja vu. Melbourne Order snagged another two championships, including a second straight CS:GO title.

We had the opportunity to speak with the club’s CS:GO team manager Naithan Briffa, and we talked about just how his team has stayed a cut above the rest, as well as the gruelling training routines esports players undertake to stay at the top of their game.

The Roar: Firstly, I just wanted to congratulate you. You’ve won the Elite Series Counter-Strike title now for the second time in a row, and it’s actually now five out of six Gfinity Championships that have gone Order’s way. Did you, as a club, expect to be just so successful early on in the Elite Series?

Naithan Briffa: I mean, to me, the fluke was Season 1.

When we won season one, we spoke to a few people, and said that felt like a bit of a fluke for us because we were very familiar with Counter-Strike, but Rocket League and Street Fighter were new entries for us, as far as an organisation, so that one, at the end of season one, we did feel like we’d done well, but we’d probably gotten a little bit lucky there.

Season 2, I expected this, more or less.

We knew that the Rocket League guys were gonna have a good crack at it. We’d obviously seen them go through RLCS, but we also knew that Tainted Minds had lent the players that were on our Season 1-winning roster to the Sydney Roar, so we knew that the most competition we were probably going to have was Rocket League.

You know, Chiefs obviously are a world-class Rocket League unit as well. CS and Street Fighter, we honestly expected it. Or I did, at least.

The Roar: That’s fair enough, I think most people did too. Obviously, the Elite Series is a city-based esports competition, but I think you guys, of all the teams, definitely have the most right to put Melbourne in your name. How does that feel, just being able to bring continued esports success to that city?

Naithan: I mean, it’s a big part of it for us, and I would probably agree. We do have the most right, but I say that because we’ve worked really hard for it in the Elite Series, and our League of Legends team is based out of Melbourne.

The large majority of our staff, all our operational staff, are based out of Melbourne. We truly are a Melbourne club, so to go to the Gfinity Elite Series, and bring five out of six trophies back to Melbourne, I think, has been a huge bolstering of the statement we tried to make when we put the Melbourne on our jerseys.

It’s on the collarbone of our jerseys, and yeah, we’ve been really proud to do it and bring them home.

The Roar: Awesome. So, just getting into the CS:GO season, I’ll sort of rewind back to week three, when the draftees got obliterated, unfortunately, by Perth, 16-0. Did any doubts as to how the season would go from there start to creep in then at all?

Naithan: Not really, to be honest. We had an emergency stand-in for our stand-in roster that week, actually, and the way that we’d formulated the team, we thought Ground Zero were probably the second most competitive roster on paper, at that point, because they were running a whole team in.

We knew that was gonna be a tough game, and Peachy (Liqi Lin) was fantastic to stand in for us.

We knew that we were gonna have a rough time there, but the sub-team and the draftees especially, for us, it’s more about giving them that experience. If you go in and get 16-0’d by Ground Zero, okay, that’s not great, but you’ve played against a team that’s knocking on the top four now in Oceania, and you’ve gotten the experience for it.

The Roar: That’s fair enough. On that draftee roster, they definitely improved, I thought, a lot over the course of the season, and then that semi-final, 2-0 win over Avant was really impressive.

What do you think helped them improve over the season? Was it that exposure, or was there something else happening behind the scenes?

Naithan: I think the first part of it is LAN experience. The sub-roster came in for us in week two, I believe, the first time, while the main roster were in Brisbane, and we put Sonic (Stuart Rayner) and RaZ (Razmik Bastadjan) back in there, who were free agents for us in season one.

A part of what we really want to do for the subs is give them experience with players that have played at a calibre higher than them. Sonic’s one of the greatest brains in the scene, and RaZ is a journeyman of the scene.

We knew we wanted to put high firepower talent around them, and let that LAN experience combine with the leadership of RaZ and sonic, and hopefully bring these guys an element that they haven’t had in teams before.

That said, you know keeyto (Nelson Then) played for Paradox – and their roster actually beat our main roster in the MDL qualifiers – so we knew we were dealing with high-quality individuals.

We wanted to give them a little something outside of that, and I think Jabbo (Nick Clough), did speak about that in one of the Gfinity interviews.

That was another really redeeming moment for us, knowing that what our plans were had actually come to work for these guys and, obviously, them winning a semi-final was [awesome].

Myself and the main roster were over in Denmark at the time, watching it, and just we couldn’t believe how well the guys were doing against Avant, the five-man outfit that probably should’ve had the advantage.

Yeah, very proud of them.

The Roar: Oh, for sure. With your top roster, whenever they do take the stage at Elite Series, they are always the red hot favourites. What do you attribute to their ability as a team to just stay so far ahead of the rest of the Elite Series pack?

Naithan: I think the thing that works for them most is they’re playing as a five-man roster all the time. A lot of the rosters in Gfinity are parts of the core, or using the draftee program to try and give the draftees experience.

It’s one of the big parts of the Elite Series, so I think the main roster has a lot going on outside of Gfinity, and I think the fact that they’re a five-man team from within the top four is really what does it.

I don’t mean that to sound rude to anyone. You know, you can see the firepower on the Chiefs at all times, but the truth of it is they don’t have their five-man roster, and I think that’s what really sets us apart at the moment. 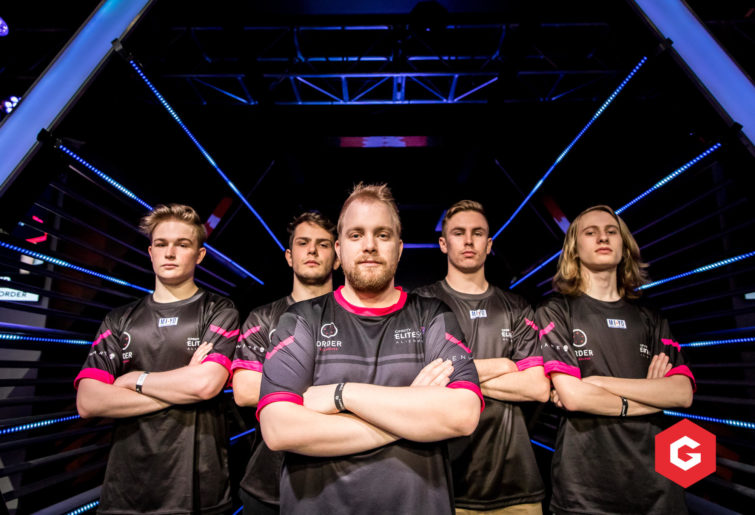 The Roar: Tell us about what the training routine would be like for a Counter-Strike team. Say, the five-man roster you’ve got now, what would a team practice session look like for them?

Naithan: So, the guys practice five days a week. They start at 4:00 p.m. with an hour of theory with the coach, and then do an hour or so of personal review.

They then do a short warmup, and they do another three to four hours of scrimmages from there. That can go up or down depending on just how much we can book for that day.

Their training regime for those five days a week is a straight eight hours that begins with theory, which is then just drilled in over the night or across the week, or however long we’re setting the timeframe for the goals that we’re working on.

The Roar: That’s incredible. Eight hours a day. What kind of theory are we talking about when it comes to Counter-Strike?

We’re looking right in macro detail like that, down to positioning of where people are. Theory can be a very macro level or a very wide focus thing.

It can really vary depending on what the team wants to work on at the time, but it’s more or less the strategic underlyings and underpinnings of what we’re doing, and why, and how we’re
changing it, and why it’s evolving.

It’s the study of what we’re doing, as well as what’s happening in the game at the moment. That’s the short explanation.

The Roar: That would almost be just as important as sort of just being prodigiously talented, really.

Naithan: I think it’s the separator between top teams and not top teams.

It’s what makes them as consistent as they are.

I think the strategical foundations now are absolutely one of the most important parts of Counter-Strike. You could go back a few years and look at very high firepower lineups and stuff, even back to 1.6 if you really wanted, and you could understand that as strategy was developed across the course of the game, firepower remains important, but strategy has always become more important. 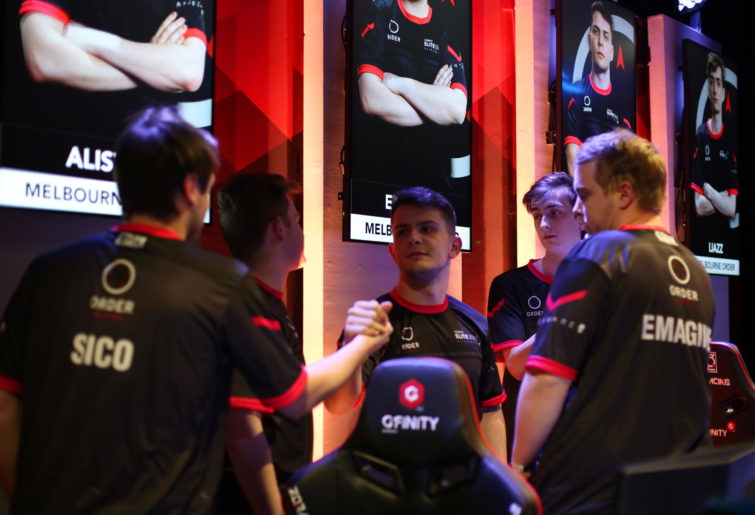 The Roar: That’s, I think, the sign of a growing sport, for sure. What individual practice would a player take part in their own time?

Naithan: That’s going to vary, again, on the player and what goals we’ve set.

We work with the rosters to, every week, be setting on and reviewing goals as a team that will define how we’re going to do theory, and what we’re going practice in the week.

It may be particular holds on a site, and doing dry runs with partners. It may be individual demo review and looking at the stakes in positioning, communication.

It encompasses a lot, and most of the times will be probably aim based but, as I say, it really does vary depending on what goals we’re setting for the week.

The Roar: Finally, what advice would you give to aspiring players when it comes to improving and what they could work on to truly make it?

Naithan: The biggest defining factor for us is attitude. People can practice aim, and they can learn strategy. They can pull that from YouTube videos, analyses, things like that, but attitude truly takes self-reflection, and it’s the most important part of the game.

If you look at a great player like s1mple (Oleksandr Kostyliev) as an example, when he was back on FlipSid3, and his skill was very apparent then, people still wouldn’t work with him because his attitude was so poor.

That all comes back to attitude.

As I say, people can learn everything they need probably on their own time, or through resources, but you can’t YouTube how to build your attitude, and it’s going to be the defining factor for basically every club, if you do make it to that level.