Could these NFL free agents be headed to a city near you?

Super Bowl 53 in Atlanta on Monday morning will crown a new NFL champion, as well as draw the curtain on what has been a wonderful 2018 NFL season.

While die hard football fans will have to go without football cold turkey for six months, scouts and general managers will have no such respite, as they turn their attention to free agency and the borderline circus that is draft season.

Below is a late-January (or early Feb depending on publication) look at the top ten free agents available on the market this year, beginning with a player who made many headlines this season despite not playing a single down.

Keep in mind that some of these names may be re-signed by their teams before free agency begins on March 13.

1. Le’Veon Bell – Running Back (Pittsburgh)
The standoff between Bell and the Steelers organisation is over after neither of the two parties blinked. Bell, one of his generation’s most dynamic and influential running backs, looks set to earn a nice contract – though likely not quite what he asked of the Steelers – elsewhere on the free agent market.

David Johnson is slated to be the league’s highest earning running back in 2019 – on $9.7 million – though Bell’s next contract is likely to challenge that. At 26, Bell will come fresher than most backs after sitting out season 2018. 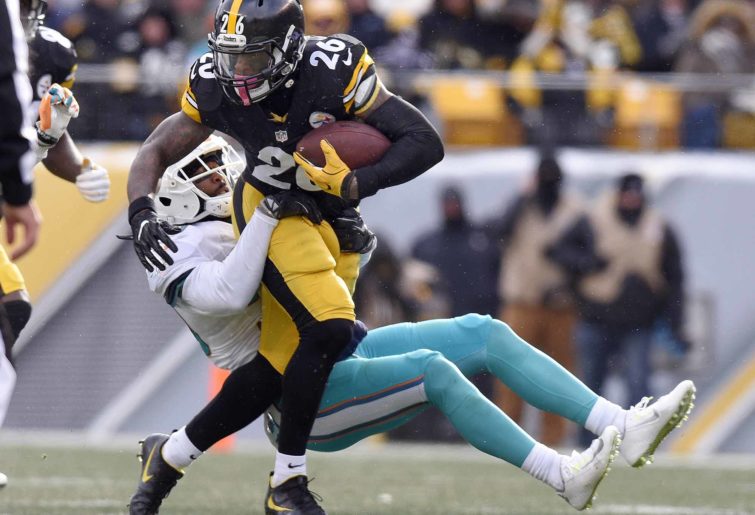 2. DeMarcus Lawrence – Defensive End (Dallas)
The Cowboys slapped Lawrence with the franchise tag this past season, after a breakout 2017 campaign where he accumulated 14.5 sacks. A second consecutive season on the tag is likely to be too costly an option for the Cowboys, so expect a long-term deal to be struck early in the new league year.

If not, Lawrence, who has emerged as a top tier edge rusher in the past two seasons, will face a significant payday from a new team that’s in the market place for a terrorising quarterback eater.

3. Jadeveon Clowney – Edge Rusher (Houston)
It’s not often former number one picks become available in free agency, and that is unlikely to happen with Clowney. The franchise tag looks the most likely here, though debate will rage as to whether Clowney should be tagged as a defensive end – which will likely earn him over $17 million – or a linebacker – around the $15 million mark. Despite this first world issue, Houston look set to load up and go around one more time with Clowney and franchise legend JJ Watt on defence.

4. Grady Jarrett – Defensive Tackle (Atlanta)
A former fifth round pick that has far and away outplayed his draft position, Jarrett is sure to become one of the highest paid interior defensive linemen wherever he ends up next season. Like Clowney, the franchise tag may be applicable to Jarrett, due to Atlanta’s salary cap restrictions this offseason – the Falcons are projected to have a tick over $18 million in cap space according to Overthecap.com. Jarrett will become one of the most highly sought-after free agents on the market should the Falcons choose to let him walk.

5. Landon Collins – Safety (New York Giants)
Shoulder surgery in November meant Collins was resigned to finishing the 2018 season on Injured Reserve. Despite a down year in the Big Apple, Collins should still be considered one of the best young safeties in the league, and will likely fetch a contract accordingly. The Giants have a lot to do this offseason.

6. Dee Ford – Edge Rusher (Kansas City)
The now infamous pass rusher had an enormous breakout season for the entertaining Chiefs, where he finished with a career best 13 sacks. There were 23 pass rushers that earned more than Ford in 2018, but expect that to change this offseason as teams look to acquire the services of one of the speediest edge rushers in the league that looks to be just entering his prime.

7. Trey Flowers – Defensive End (New England)
Flowers is one of the emerging defensive ends in the NFL. While he isn’t a pure pass rusher, Flowers is a do it all defensive lineman that can make game winning plays from many positions along the line. In just a few days, Flowers could achieve the extreme rarity of winning two Super Bowl’s on a rookie contract. In just a few weeks, Flowers could stand to make a lot of money for a former fourth round pick, be it for the juggernaut Patriots or somebody else.

8. Earl Thomas – Safety (Seattle)
One of the best safeties to enter the league this decade, Thomas’ last two seasons have been ruined by injury. The three-time first-team All-Pro will be 30 going into next season, but Thomas looks like he still has some good football ahead of him on what will likely be his last decent contract. Thomas was a vital cog in Seattle’s all-time defence earlier in the decade, however his sideline antics last season – where he gave the Seattle sideline the bird while being carted off after injury – suggest his time in Seattle has unceremoniously come to an end.

9. Teddy Bridgewater – Quarterback (New Orleans)
He may not be everyone’s cup of tea, but Teddy B has shown previously he’s a quarterback capable of winning in this league, and that’s more than you can say about some other starting QB’s. Bridgewater showed promising signs in the 2018 pre-season, and though he’s probably the heir to the Drew Brees thrown in New Orleans, Teddy may be keen on winning a starting job as soon as possible elsewhere next season. 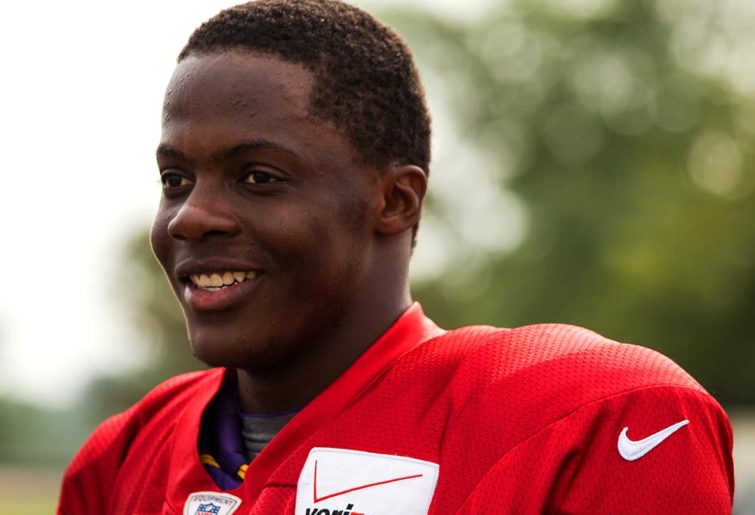 10. Lamarcus Joyner – Safety (LA Rams)
The Rams “all-in” mindset for season 2018 included designating Joyner with the franchise tag to keep him in LA one more season. Regardless of the result in Monday’s Super Bowl, the win-now attitude that has taken the Rams all the way to Super Bowl 53 will likely also mean they will have to say goodbye to some of their more expensive stars. That includes Joyner, who will likely attract attention like versatile, tough, high IQ safeties in today’s high-octane NFL do.