When you consider the international fixtures announced recently by rugby league and rugby union, I couldn’t help but notice some fascinating clashes of the codes. I wonder whether this was intentional.

When World Rugby were drafting plans to enact a dubiously named World League (or Nations Championship), the concept came under heavy criticism. There were claims that it was planned with only the richer rugby union nations in mind, and that it overlooked most of the Pacific Island nations from the top tier and had a murky promotion/relegation system.

Whilst the concept is still very much in doubt, it did lead to some interesting responses, especially from rugby league.

The fact that almost immediately rugby league announced a number of international fixtures involving Pacific Islands endorsed by the NRL did not go unnoticed by controversy-starved tabloids in Sydney and Brisbane.

There was also the curious observation that two of the bigger fixtures – Tonga vs New Zealand on June 22 and an epic triple header involving Australia and Tonga, Fiji and Samoa as well as Great Britain and New Zealand at Eden Park on November 2 – coincide with the Super Rugby finals series and the World Cup final, which just fanned the flames of war that the tabloids were peddling.

The reality is that the clashes are more unhappy coincidence than planned sabre-rattling.

As big as an event that the Eden Park triple header is, to think that it could go head to head with the World Cup and carve off supporters is beyond folly.

This rugby league fixture is set up to build on the surging support of the Pacific Island community and rugby league diehards in Auckland. 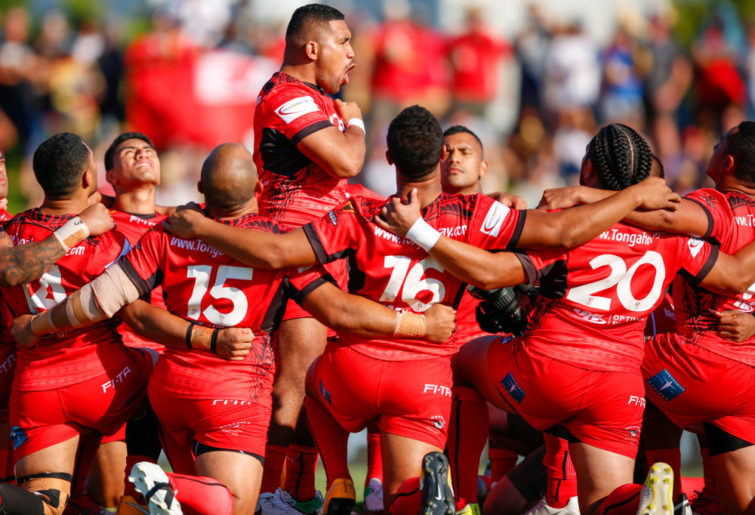 Tonga will draw a huge crowd in Auckland. (NRLPhotos/Dave Acree)

As much as sections of the media would cheer on suggestions that rugby league can swoop in on a talent-rich region that has historically been a rugby union nursery and immediately dominate the region, that’s simply not the reality.

The NRL is growing in popularity in the Pacific and the governing body can no longer ignore the growth of international fixtures packed with NRL stars and passionate fans.

Any semblance of an all-out code war would be detrimental for both codes in Australia and the Pacific.

Rugby Australia is facing its own challenges. Low crowds, low ratings and even though the Australian Wallabies are still a huge brand, they aren’t generating the interest they once did.

And whilst the NRL is going through a period of consistent growth, they are only one ASADA scandal, player misbehaviour epidemic or Super League flashback away from disaster.

On the international front, if the Rugby League International Federation even remotely went head to head with World Rugby, it would be akin to taking a toothpick to a sword fight.

The two codes have had a strained coexistence since that fateful day at the George Hotel in Huddersfield in 1895.

League diehards would love to see the code strike a blow for incidents like Sol Mokdad’s arrest in the UAE for simply trying to administrate a rugby league competition and its treatment in places like France and Italy, where the code has suffered historical vilification at the hands of rugby union.

But one would hope that – at least in Australia – we are past that kind of outright indignation.

In recent times, the two codes have shown signs of living harmoniously, combining to lobby the NSW Government for a new stadium at Moore Park and appearing to be on the same page with unfortunate situations like the Israel Folau and Jarryd Hayne sagas. Hopefully for the good of both codes this sort of harmony continues.

In an ideal world, the two governing bodies could have worked together to find a solution to a situation like the Western Force culling.

The NRL could have purchased the brand intact as it attempts to push westward and some – yes, I emphasise some – fans could have continued supporting the Force while Rugby Australia saves precious resources, but perhaps that is a bridge too far towards idealistic.

One can hope that continued peace brings about prosperity.