With the World Cup finally upon us after a long and enjoyable build up, it is becoming morosely likely that we will see England finally come through and become champions of the one day format.

The question that needs to be asked about this possibility is this – can cricket survive such an occurrence?

For decades we have laughed along as England has consistently failed to not only win the World Cup, but in recent years not even come close to qualifying for the finals stage. Don’t pretend you haven’t enjoyed it as much as I have.

Okay sure, they have made three finals since the World Cup format was introduced back in 1975, but they didn’t win any of them. They were destroyed by Viv Richards and Joel Garner in 1979, eliminated by Mike Gatting’s reverse paddle in 1987, heartbroken by Inzamam Ul-Haq and Wasim Akram in 1992.

Since then it has been boundless joy in watching England capitulate at each tournament. In 1999 on home soil they failed to make the Super Six stage on net run rate after Zimbabwe smashed South Africa to get in front of them.

In 2003 their decision to not play in Zimbabwe eventually meant they qualified for the Super Six in front of them. Again. 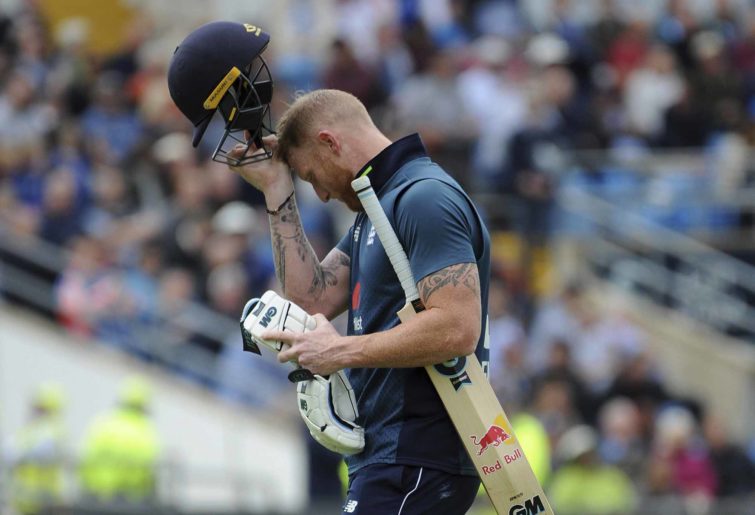 All of this has been wonderful to watch, more enjoyable even than South Africa’s constant choking at the vital stage of each tournament. But that all looks as though it is about to end.

On form it is impossible to go past England to win this World Cup. They have been the outstanding ODI team in the world for the past two years, with their belligerent line up battering bowling attacks all over the world.

Jason Roy can often be dismissed early, but if he gets to double figures he is almost unstoppable. Jonny Bairstow has become a great foil for him at the top of the order.

Joe Root, Eoin Morgan and Ben Stokes are the perfect middle order mainstay, while Jos Buttler has proven to be ‘The Finisher’, with his hitting ability breathtaking to watch.

For two years we have watched and waited for this line-ups decree of ‘keep going hard no matter what’ to fall over and fail. To this point, it has barely had a stumble.

While the batting line up is electrifying, the bowling attack is almost underrated, and while the job it has done over this period has been somewhat surprising, it has been just as effective.

Mark Wood bowling 150kph off about five steps has been a revelation for England, while Liam Plunkett and Chris Woakes have both turned themselves into key bowlers with run conservation and sneaky wicket-taking ability.

Combined with the all-round batting and spin options of Moeen Ali and Adil Rashid, England has managed to acquire a team that can adapt to any conditions and any game situation without having to change their playing personnel, something that only the best teams can boast.

In reserve they still have Tom Curran and Jofra Archer, which gives this team a terrific advantage.

Can anyone beat England? Of course. India are still hovering. South Africa, despite their own problems in previous World Cups, have the batting and bowling to challenge. New Zealand do as well, and… Australia… maybe…

But it doesn’t look good. Since the start of 2018 England has won 24 ODI’s and lost seven. This shows that they are not infallible, and perhaps someone out there has worked out a method to beat England’s current winning formula.

I would like to think the world will have the last laugh in seven weeks’ time. Unfortunately, that doesn’t seem likely, and we have to start preparing ourselves for the fact that cricket may never be the same again if England does finally get to call itself Champions of the World.

With his county match headed for a draw, Alastair Cook decided to roll the arm over… with amusing results. 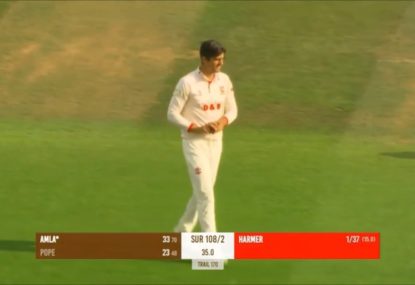 Gideon Haigh says Cricket Australia has a lot of work still to do, in just getting England here due to the tough COVID-19 restrictions across Australia. 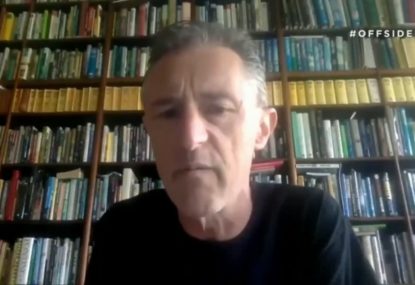